The Sidecar-Dog Documentary We All Need: Sit Stay Ride 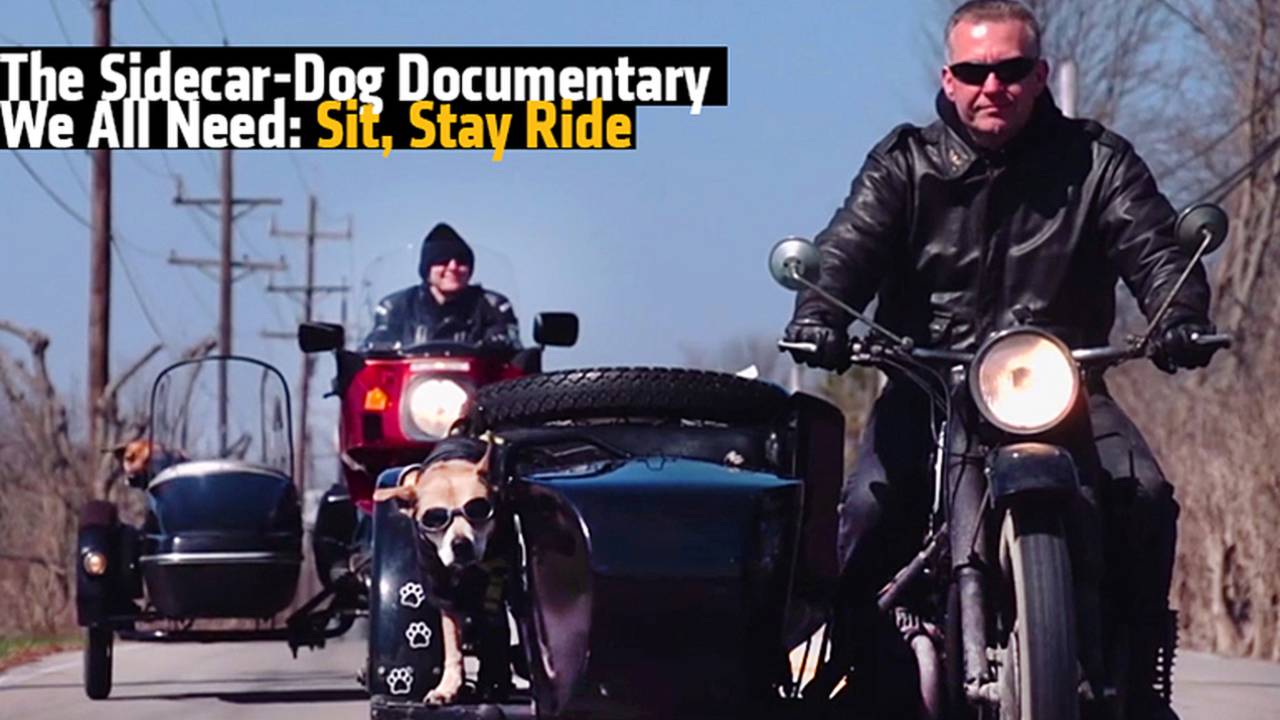 Sidecar Dog documentary Sit Stay Ride gives an inspiring perspective of the bond between four legs and two wheels. Because sidecar dogs are the best dogs.

There are many reasons why motorcyclists can claim that bikes are the greatest form of transportation ever invented, but really, the debate can be settled with two words: sidecar dog.

The coolness of sidecar dogs cannot be understated. Is there any other animal-vehicle combination that is just so perfect? "Helicopter Llama" might come close, but that's just not a practical combination. You know who had a sidecar dog? Sterling Archer. Enough said.

Sit Stay Ride: The Story of America's Sidecar Dogs looks to be the definitive documentary on this touching subculture. The Kickstarter-funded documentary was created by riders (and dog owners) Eric and Geneva Ristau. The film is clearly a passion project for the Ristaus, as their ride of choice is a vintage sidecar-equipped BMW.

In an interview with the Missoula Independent, the couple discussed desires to make a motorcycle film, and were ultimately inspired by a single image: A rider with his trusty boxer riding with him in a sidecar. From there, the idea blossomed into a feature-length film spotlighting (according to its tagline) 15 dogs and their 18 humans.

READ MORE: How To Ride A Sidecar

The film has gotten a lot of attention (possibly because sidecar dogs are so very awesome.) Even Brian Williams and the NBC Nightly News did a story on the movie and on some of the riders (four-legged and two) featured in the film.

You can purchase a copy (DVD or digital download) over at the film's official website. It's a feel-good buy in more ways than one: Twenty-five percent of the film's proceeds will be donated to various animal welfare organizations. And if you're now inspired to bring Fido on your next motorcycle ride, we suggest speaking with our resident sidecar aficionado Panhead Jim. He knows a guy who's got the perfect dog hauler.