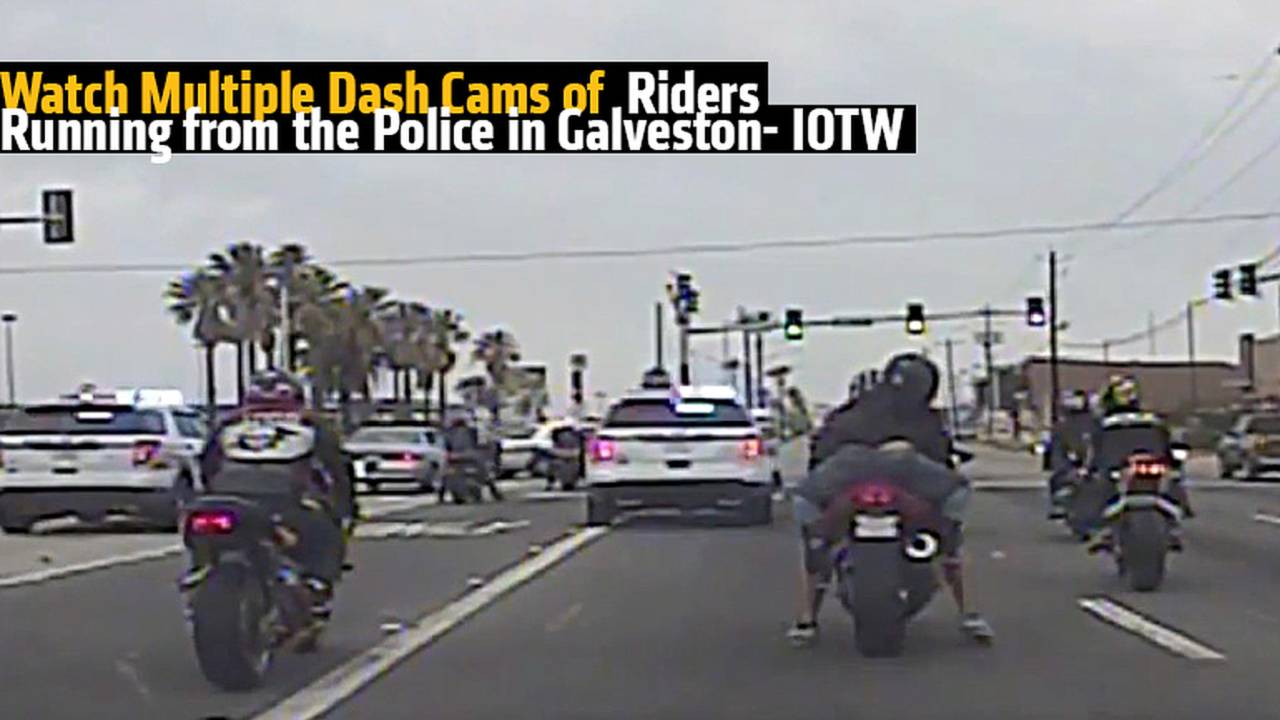 Pro tip: Attempt evading the police and you'll likely pay for it in the end. Watch this police chase captured by interceptor dash cam.

Usually, our videos of stupid riders are limited to one or two idiots, doing idiotic things on a relatively small scale. Not to be outdone, the Idiot Rider community in Galveston decided to kick things up a notch; there's apparently truth to the saying "everything's bigger in Texas", and this includes stupidity.

It seems that a group of some 50 riders decided to go tear-assing down the Interstate 45 causeway in Galveston; according to media reports, the riders were weaving in and out of traffic and doing wheelies. The cops closed off the bridge and halted most of the riders. Some attempted to escape by going the wrong way down a one-way street - that's Texas-sized stupid, y'all - and two of the riders (carrying passengers, because of course they were) led police on a further chase that ended in, yup, one of the bikes crashing. Another rider crashed while attempting to flee, but that footage wasn't posted. Here's the action, caught on a Galveston police officer's dash-cam.

Footage of the guys going the wrong way begins right before the 2:00 mark. The two bikes who attempted to flee put themselves, the cops, and other motorists at risk, and watching the chase is pretty hair-raising. No footage of the crashes, unfortunately (and sorry if wanting to see these schmucks crash makes us bad people, but since no one was seriously injured, we feel that our disappointment is warranted).

Of course, the Galveston news was all over it, and the comments in the story unfold just like you'd expect - drivers bashing riders, riders bashing cops, a few riders acting as voices of reason, and a fairly good amount of racism thrown in. Regardless, the police won, as they always do - some 28 citations were handed out, and we're guessing that the riders who tried to get away are facing a bit more than a speeding ticket.