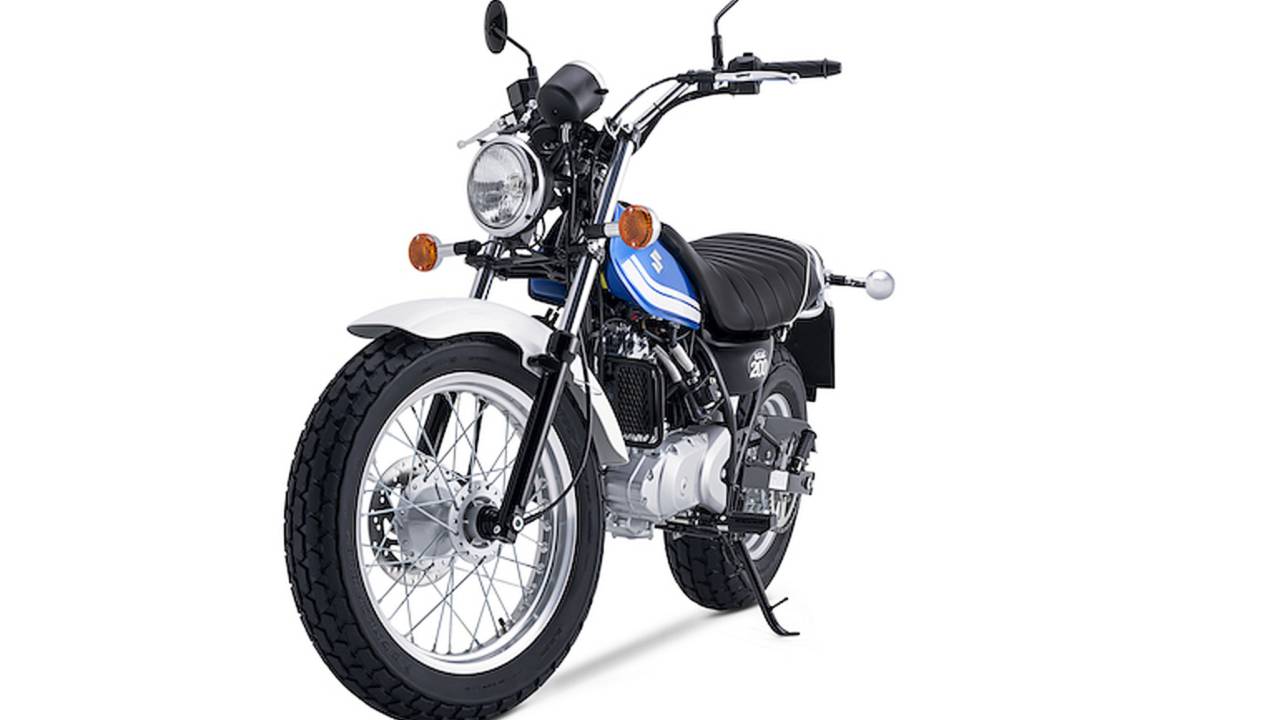 Roughly eight months after first piquing interest at EICMA 2015 https://www.rideapart.com/tag/eicma-2015/"Suzuki has announced it is finally bringing the quirky and old-school Van Van 200 to the United States.

The announcement was made today amid the release of two other 2017 models.

Suzuki declared that the 2017 VanVan 200 is “the bike that puts the FUN in FUNKY,” when it announced its arrival along with a moderately updated TU250X and GW250. Very much of the original scrambler spirit, the Van Van 200 is powered by a 199cc air-cooled four-stroke OHC engine.

The bike is aimed at everyone from farmhands to college kids, with fat tires that help tackle most surfaces – as long as they’re not too challenging. The low two-up seat is aimed at making as user-friendly as possible. Available in Metallic Triton Blue and Metallic Matte Fibroin Gray it is set to retail for US $4,599

The stalwart Suzuki TU250X returns with chrome-plated spoke wheels, polished engine cases, and classic styling. The bike has proved popular among U.S. newbies thanks to its lightweight feel and nonthreatening power delivery.

Driven by a 249cc air-cooled four-stroke single-cylinder, the model is available in every state other than California in Metallic Oort Gray No.3 / Glass Sparkle Black. MSRP is US $4,399.

Sporting a 248cc liquid-cooled twin, the GW250 has been a surprise hit in Europe where it is put to use by commuters, though Suzuki is bold enough to suggest it would also be suited to the “open-road traveler.”

Cross-country traveling on a 250 certainly isn’t anything new, though, and doing so on a GW250 would definitely mean saving money on gas. Available in Pearl Nebular Black the bike will hit dealerships with a pricetag of US $4,099.