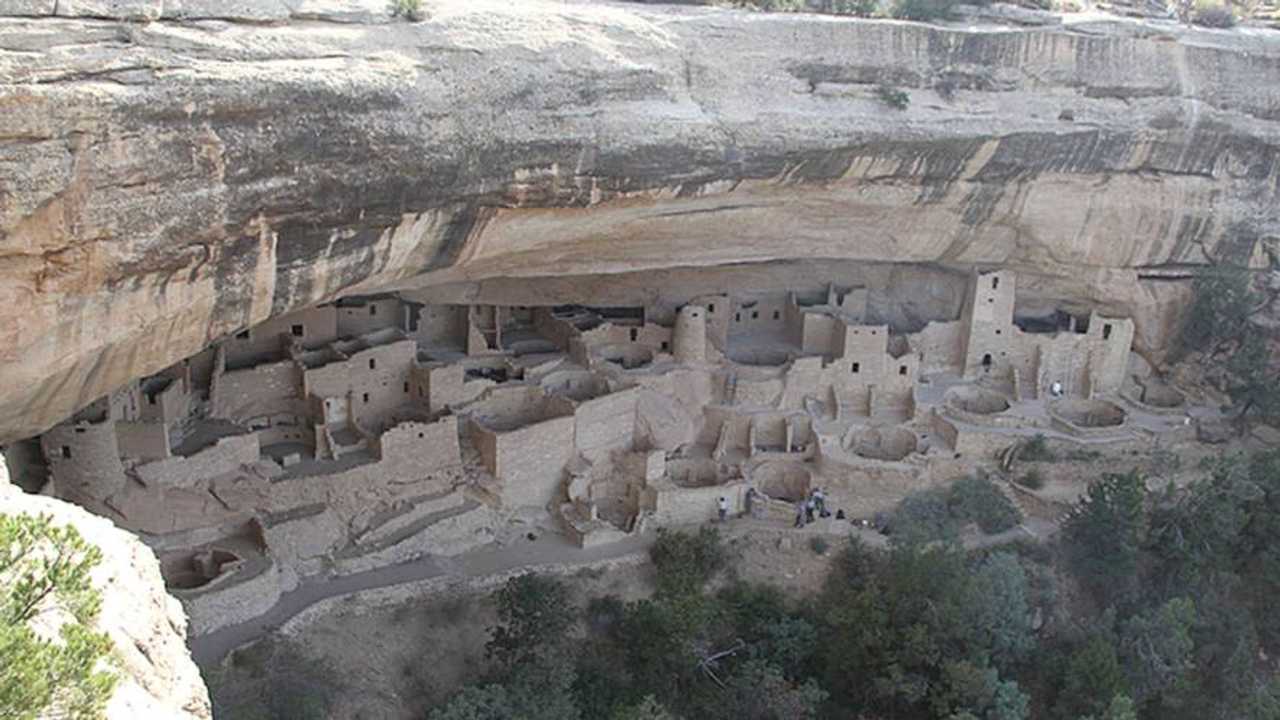 This is the first installment of a series of articles highlighting some great places to ride in the continental United States.

With riding season in full swing, it is a great time to set out for new locations and to get as many miles under your belt as possible before winter has you holed up inside. Consider this series a "bucket list" of must ride destinations. If you're the sort of person who hates the phrase "bucket list," consider it a... ah... whatever phrase we used before "bucket list."

At the top of the list is one of my favorite spots, Mesa Verde. Located in southwestern Colorado, Mesa Verde is a national park encompassing 81 square miles of rough terrain between the Rocky Mountains and the low desert plateaus. Made up of various mesas, the park not only boasts many scenic vistas and miles of curving roads, but also nearly 5,000 known archeological sites, including 600 cliff dwellings. If you're looking for some excellent riding with a large dose of history and a bit of hiking, then Mesa Verde will not disappoint.

Great views while riding along the mesa, plus plenty of twists and turns.

Theodore Roosevelt approved the formation of Mesa Verde National Park in 1906, more than 600 years after the last inhabitants had vacated the numerous cliff dwellings. Archeologists still do not know for sure why they left (all though it is speculated that a "Great Drought" forced them to leave), but what is known is that the region was inhabited continuously by various Indian tribes from AD 600 to 1300. Initial settlements were built on the top of the mesas, but as time went on, the inhabitants began to build on the cliff faces which is what the park is most known for.

After entering the park, the main road starts to climb almost as soon as you pass through the gate. A steeply curving road will take you up to the Mancos Valley Overlook which is at an elevation of nearly 8,000 feet. If you are on an old bike, be prepared to adjust your carburetor!

From there you'll head downhill toward the campground, which, by my standards, is exemplary. Besides an abundance of campsites (267 to be exact) the campground also has hot showers, laundry, a camp store with groceries, a cafe, and – most importantly – a gas station: everything you need for a base of operations without ever needing to leave the park. For those not wanting to "rough it"  there is also a lodge deeper inside the park with more traditional hotel-style accommodation.

Plenty of wildlife in the campground, but luckily I didn't see any on the road.

Leaving the campground, you're going to hit a nice stretch of curving road as you make your way to the highest point in the park, Park Point.  For those keeping track, Park Point is at 8,572 feet above sea level and from this height park rangers can keep an eye on the entire park from within a glass-walled fire tower.

From here you can view the two largest mesas that make up the bulk of the park, Chapin Mesa and Wetherill Mesa.  There are plenty of curves and changes in elevation in this part of the park, so keep an eye out for traffic and make sure not to overheat your brakes.

The views from Park Point were spectacular.

If you're getting tired of the curves, just hang in there, because in another five miles you'll get a break when you reach the top of Chapin Mesa. Being a mesa, the top is flat and the road becomes mostly straight and level. Here you are going to trade the excitement of riding the twisties for a trip back through time as you ride past a host of archaeological sites. There are also a few places to eat, bathrooms, gift shops, etc, so you don't have to bring anything with you from your campsite to enjoy a full day in the park.

You will want to make sure to wear some footwear that can double as hiking boots, because the next section offers plenty of places to get off the bike and look around.

To simplify things, you are going to see three basic types of settlements. The first and oldest are called "pit houses" and it probably comes as no surprise that these are stone-lined round pits that were once covered by a wooden roof. The roof did a good job of keeping out the rain, but they were also prone to catching fire since most of the cooking was done indoors; probably not the best design since fire extinguishers had yet to be invented.

To preserve the pit houses, the Park Service built steel roofs over the sites.

The second type of settlements are referred to as "great houses" and in keeping with names that state the obvious, these were large stone houses built above ground.  Basically a collection of walls and buildings constructed from stones the size of modern-day cinder blocks.

The great houses were a definite step up from living underground in a pit house.

Lastly are the cliff dwellings, which are essentially great houses built on the sides of the cliff face. These were the last settlements to be built, probably starting around 1200 AD and if you imagine having to carry each of those stones up the side of the cliff one at a time, you can appreciate how much effort went into their construction.

Spruce Tree House is open to the public.

As you ride around the top of Chapin Mesa, there are plenty of opportunities to get off the bike and stretch your legs. Parking is available adjacent to many of the pit houses and great houses, so it is an easy walk to most of those. Some of the cliff dwellings are open to the public and you'll want those hiking boots if you choose to check them out firsthand. Even those hikes are fairly short, but the incline is obviously fairly steep and stiff riding boots are not going to do you any favors.

If hiking is not your thing, there are overlooks all along the road that give you a chance to see the cliff dwellings without the hike.

Don't feel like hiking? Most of the cliff dwellings can be seen from the side of the road.

Once you've explored Chapin Mesa, you've got another nice stretch of winding road to reach Wetherill Mesa. There are fewer archeological sites to see in this section, but if you still have the urge to spend some time off your bike, there is a 6-mile loop that you can check out on foot.

A motivated rider/hiker can see the bulk of the park in one long day of riding/hiking. The mileage on the bike is going to be under 100 miles, so you're not setting an Iron Butt record. But I assume that you probably had to ride a fairly good distance just to reach the park, so a low-mileage day should come as a welcome relief.

What I like most about the park is that everything is very hands-on. Being able to touch and walk through the ruins is an incredible experience and one you cannot have anywhere else in the United States. For a motorcyclist, the other great advantage to Mesa Verde is its location. You are just a day's ride from the Rocky Mountains, so it makes for a nice excursion if you are already riding through the Rockies. Whether it is your sole destination or part of a larger trip, Mesa Verde is definitely worth checking out next time you're on the road.

One of many scenic overlooks found throughout the park.