The Return Flight of the Sparrow 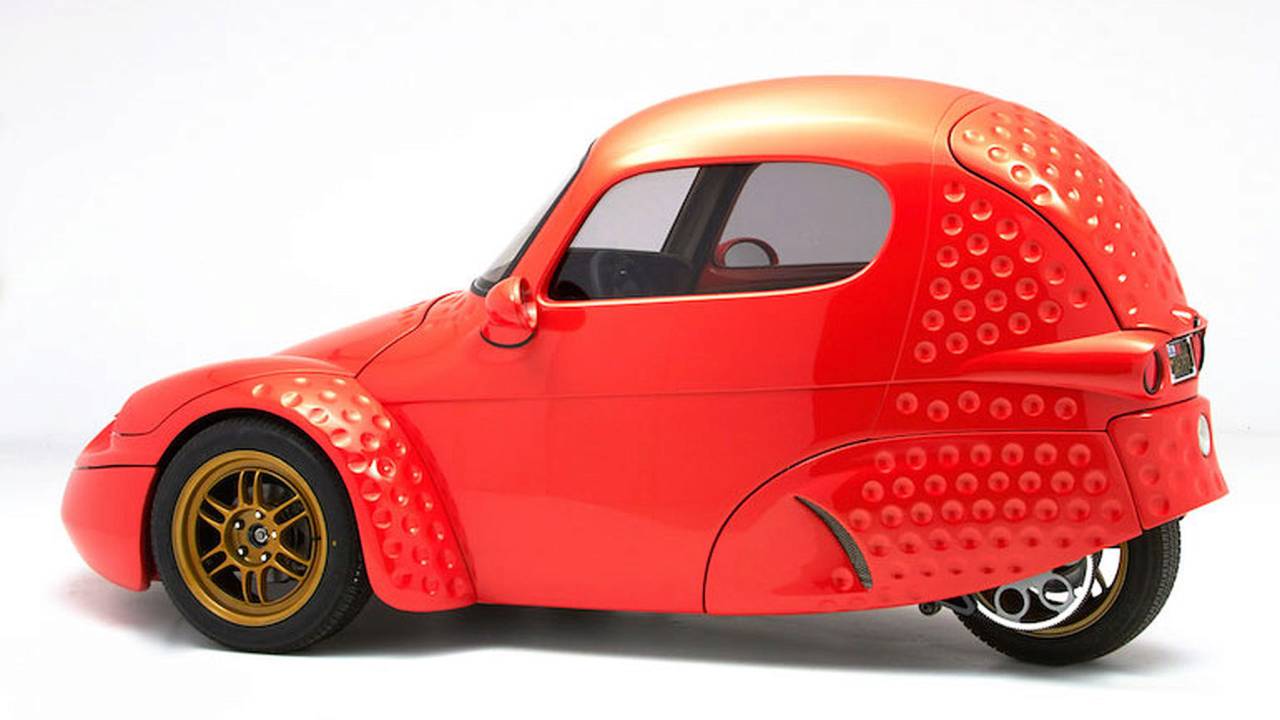 The Return Flight of the SparrowCorbin's Urban Pod Trike Revived When the Corbin Sparrow first appeared some 16 years ago, the descriptive...

When the Corbin Sparrow first appeared some 16 years ago, the descriptive adjectives varied widely: "Cute," "Charming" and "Unique" were not uncommon. Nor were "Weird," "Silly" and "Dangerous." Most observers found common ground with "Aerodynamic."

When the original lead acid battery-powered model attracted few buyers, and fewer investors, and the American economy tanked in 2003, designer/builder (and motorcycle seat maker) Mike Corbin ceased production. The remaining assets, and design and construction rights, bounced around awhile and some settled with Myers Motors of Ohio, which is now planning a 4-wheel electric car that is based on the original Sparrow concept.

Called the "Meyers NmG" (No more Gas) is being developed as a crowd-funding project.

But back to the Sparrow –– the three-wheeled one. During its original five-year lifespan (1998-2003), Corbin produced 289 examples of the single-seat trike. It cost $14,000, weighed 1,350 lbs. and had a range of about 50 miles. Now, according to Corbin, battery technology has caught up with his dream, and the world is ready for Sparrow II.

"After crashing in 2003, the ashes of this little bird lay dormant but fortunately a hot ember remained," Corbin said. "That ember kept the dream alive. Quietly the R&D continued even through the toughest of financial times and finally, in 2010, Sparrow was reborn and the return flight was underway.

"The new Sparrow will be a technologically advanced version of the original model. It will feature its original configuration, three-wheeled, single-passenger ZEV, but will utilize a lithium-ion power source with an electronic battery management system to produce prolonged battery life and greater range. It will incorporate the futuristic body styling it became known for in a new stylistic model that promises to turn heads and bring smiles. All this and more will be part of Sparrow's return."

Now about those dimples: Given what appears to be a fairly low coefficient of drag already, and a vehicle that will likely be capable of reaching 100 mph, why not apply some golf ball technology to the equation? As any student of aerodynamics knows, it's the air coming off a vehicle's rear that creates the most drag. The larger the wake, the more turbulence. The golf ball's dimples hold the laminar air flow farther around the back of the ball, giving it almost half the drag of a smooth ball.

So, will the Sparrow's dimples have any effect on its performance, or economy, in most real-world driving (riding?) below 50 mph? Probably not. But they are cute, and add a touch of engineering validity to the little three-wheeled personal conveyance. What one wag described as "a Croc with a top."

Three-wheelers seem to be experiencing a boost in popularity at the moment, which is leading to certain changes in law.

Elio Motors of Arizona is also projecting the imminent launch of a 3-wheel vehicle with a target price of $6,800, that gets 84 miles per gallon. The Elio is currently classified as a motorcycle by the federal government. However, its standard features will include seatbelts, three airbags and automotive-type controls such as a steering wheel, accelerator and brake pedals. The Elio is more like a traditional passenger vehicle than a motorcycle.

"Therefore, vehicle owners should be able to operate the Elio with a standard driver's license," according to Elio. "Forty-one states now have auto cycle definition or motorcycle license exemption for enclosed three-wheelers."

Watch this space for more on the Sparrow and Elio, and more triangulated contraptions coming down the road.