Own a Piece of NFL Moto History

Minnesota Vikings fans may be interested in a Craigslist ad for what claims to be the former team mascot’s Harley-Davidson.

Ragnar (real name Joe Juranitch) was a staple of Vikings home games from 1994 to 2015. A large, bearded man with a fondness for furry vests, he was known for playing a large alphorn (which, culturally, doesn't quite make sense but who are we to judge?) and generally running around like a drunken Minnesotan. He was beloved by Vikings fans, including RideApart Director Chris Cope, who clearly lacks the good sense to keep that sort of information to himself. 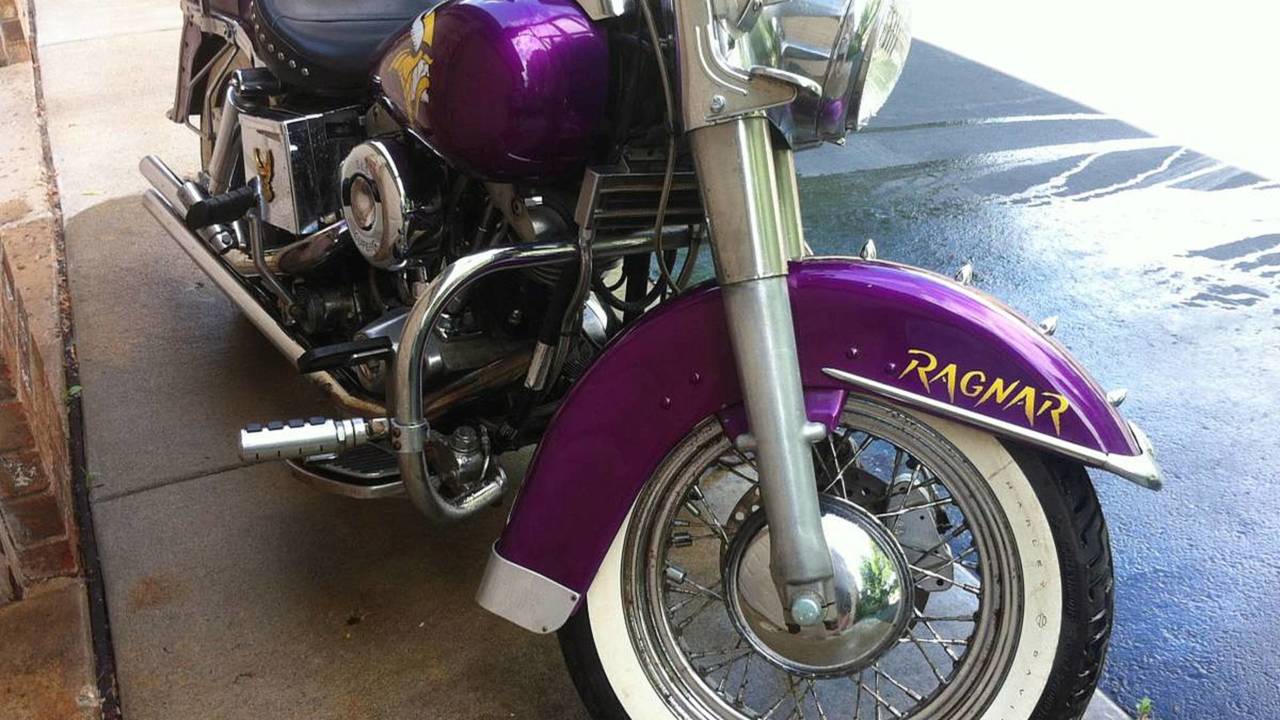 Ragnar was given the boot by the team last season, however, because he was reportedly demanding $20,000 per game in fees. It appears he is now trying to recoup his losses by selling at least one of the motorcycles he used to use to lead the Vikings onto the field.

The 1978 Shovelhead was the first of Ragnar's four bikes. It has an S&S carb and comes with the original steer horns. There are few pictures to be found online of Ragnar on this particular bike, though one can be seen on his official website. 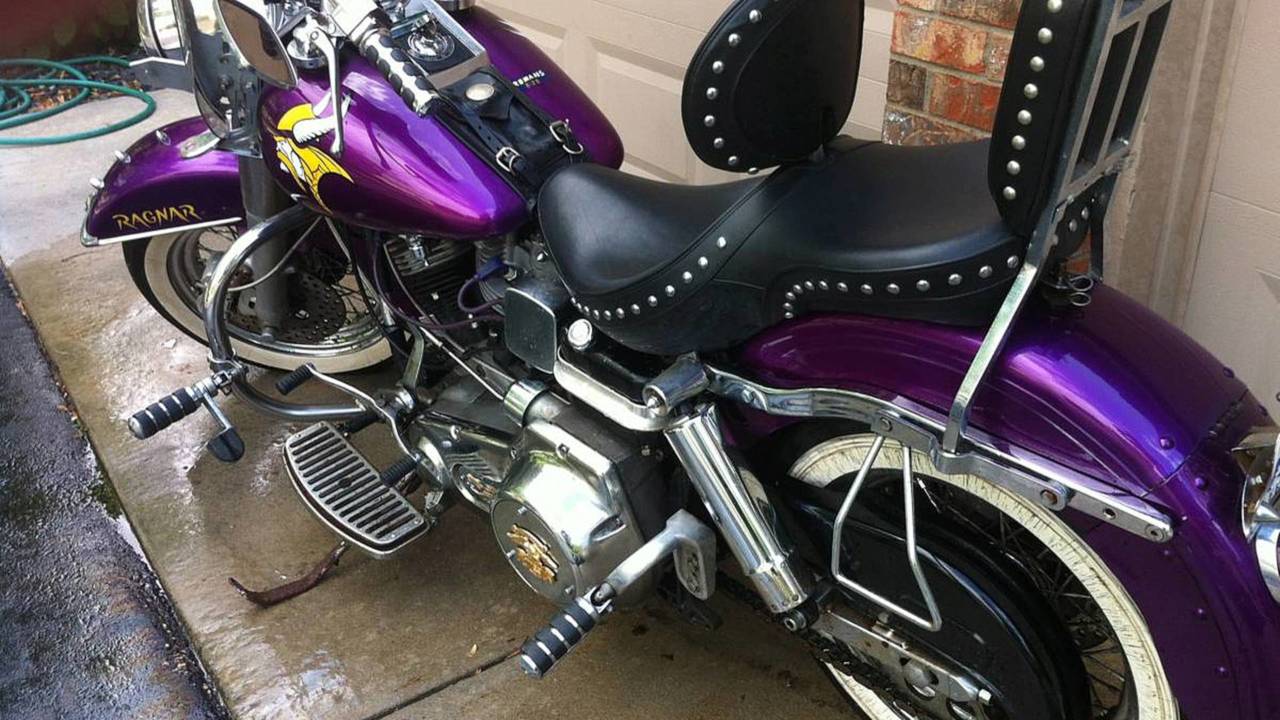 The asking price is $7,495.00. The bike, equipped with forward controls, footboards and passenger pegs, is located in Burnsville, Minnesota. Which is perhaps appropriate since the Vikings haven't had a good coach since Jerry Burns.

Ragnar’s ride is posted at http://minneapolis.craigslist.org/dak/mcy/5711447455.html

EDITOR NOTE: In researching this story we learned that Ragnar set a world record in 1982 for shaving his beard with an axe, which is something we really wish we could see.