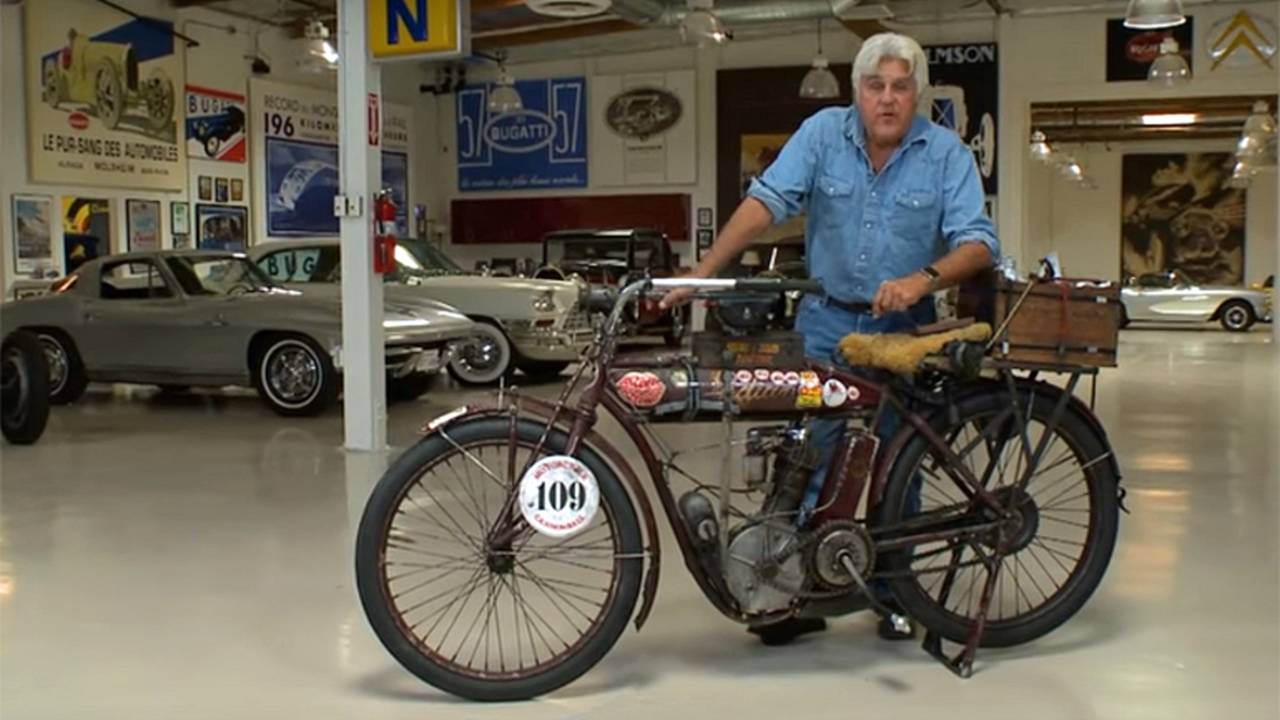 Gearhead/comedian Jay Leno couldn’t pass up the chance to ride a 1912 Indian single, fresh from the recent cross-country Motorcycle Cannonball Ride. Alex Trepanier, 28, said the machine had been in his family since before he was born.

The unrestored 500cc bike probably has a current market value in the $70,000 range. The 4-horsepower single-speed had just completed more than 3,000 miles in the Cannonball event. With its total-loss lubrication system, the engine consumed about five quarts of oil each day.

By 1912, flush with their Isle of Man victory the previous year, Indian sat atop the American motorcycle market. The Springfield, Mass., based company was building 20,000 machines a year; profits for 1911 exceeded a half-million dollars.

The segment of Jay Leno’s Garage displays how much effort was required of motorcyclists in the early days. Indian’s hand clutch and twist-grip throttle, both on the left side, were challenging. But once underway, after a few false starts by Leno, the vintage thumper runs along nicely. Top speed was about 35 mph.

Trepanier carried his spares and oil supply in a wooden ammo box as a tail trunk. The original factory tools were housed in the original tank-mounted tool box, and rattled about enough to remove the threads from a spare spark plug. He was awarded the

Spirit of the Cannonball trophy as the third-youngest competitor in the event’s history.

This year’s event was won by Frank Westfall of New York, riding a 1912 Excelsior twin.