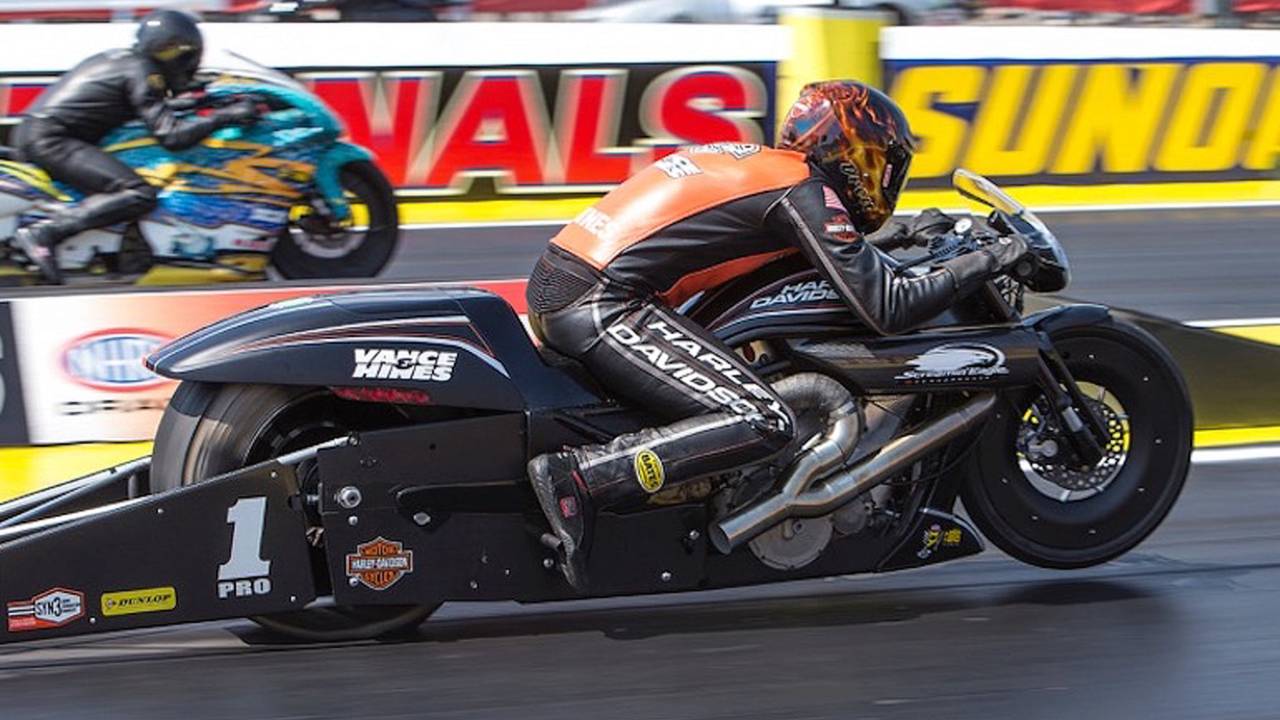 Andrew Hines charged from the middle of the pack to earn a hard-fought Pro Stock victory at the NHRA Chevrolet Performance U.S. Nationals at Indianapolis’ Lucas Oil Raceway this weekend.

After qualifying seventh, Hines battled his way through the field as his Harley-Davidson V-Rod motorcycle gained performance in the hands of the experienced team. The win moved Hines into the Pro Stock Motorcycle points lead and makes the defending champion the top seed heading into the six-race 2016 NHRA Mello Yello Drag Racing Series Countdown to the Championship playoffs.

“The Screamin’ Eagle team really had to work hard to get my V-Rod running right today, but we saved that best run for the final,” said Hines. “This race is our biggest show. It’s the Super Bowl or Indy 500 of drag racing. It’s a long weekend and there’s so much tradition and everyone is racing hard; it’s really challenging to win here on Monday. To do it twice and put the Harley-Davidson bike back in the winner’s circle is a real honor.”

After five rounds of qualifying, Hines had posted a best run of 6.864 seconds, good for the seventh spot in the 16-bike field. Hines has won five times in seven final-round appearances in 2016, and now has 47 career Pro Stock Motorcycle final-round victories. Vance & Hines rider Ed Krawiec qualified third with a run of 6.848 seconds on the team’s other V-Rod.