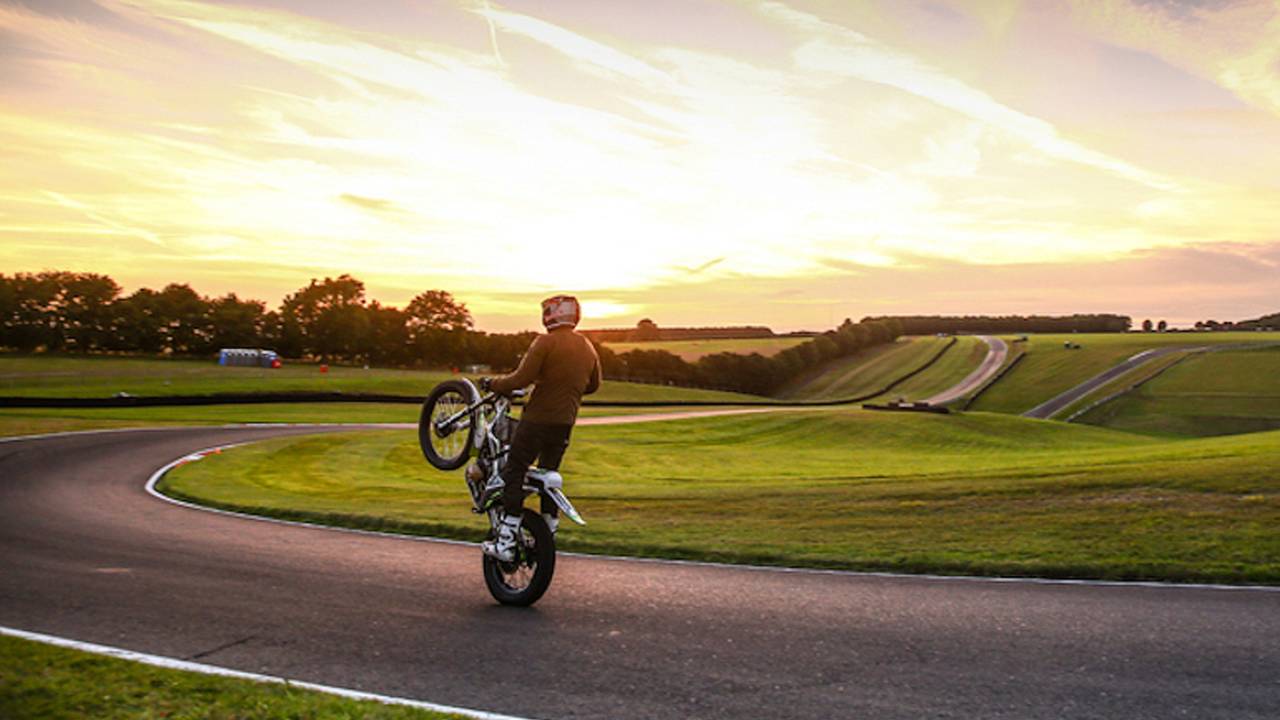 Stunt rider to spend 'wheelie' long time on one wheel

Motorcycle News reports that Dougie Lampkin has tested his Vertigo 300 trials bike at Britain's Cadwell Park in preparation to wheelie the entire Isle of Man TT course. The attempt is set for September 24.

“I’ve been with Red Bull for over 15 years now and – more so after my world championship days – we’ve been asked for things we’ve wanted to do,” said Lampkin. “Everyone remembers when they first got a - or if you were lucky enough to get a motorbike - everyone wants to do wheelies.”

Dougie will hold the wheelie at a constant speed of between 19 and 21 mph, using fifth and sixth gears, with the lap of The Island expected to take just under two hours. He will be following another vehicle, with live traffic in the opposite lane, which adds another variable to the challenge. The attempt will be broadcast as a live stream on www.redbull.tv

“I think the biggest challenge is, obviously, you’ve got so many unknowns. We had to learn everything and it’s been a massive process,” said Lampkin. “The wind is the biggest nightmare, but there’s not a lot we can do about it. Fingers crossed we can do it.”

The bike is a modified Vertigo Ice Hell 300 with a single-cylinder 300cc two-stroke, fuel-injected motor. Lampkin had previously tested the bike at Croft race circuit, with the Cadwell Park test being the last track practice before the big day. Lampkin said the stunt is quite different from normal trials riding.

“I have always done a lot of riding, but that’s always been about upper-body, though. I’ve never had to stand up this long, so that’s a big difference. It’s basically like you’re stood in a funny squat position with your arms up. Once you’re on, you’re on. You can sort-of lean on one side a bit more and take pressure off each side, but it doesn’t seem to help that much really.”

Lampkin isn’t the first to attempt a complete lap of the TT Mountain course on the back wheel. In the late 1970s, Dave Taylor MBE attempted the same stunt aboard a Yamaha XT500, and members of his family have been involved in this project from the outset.