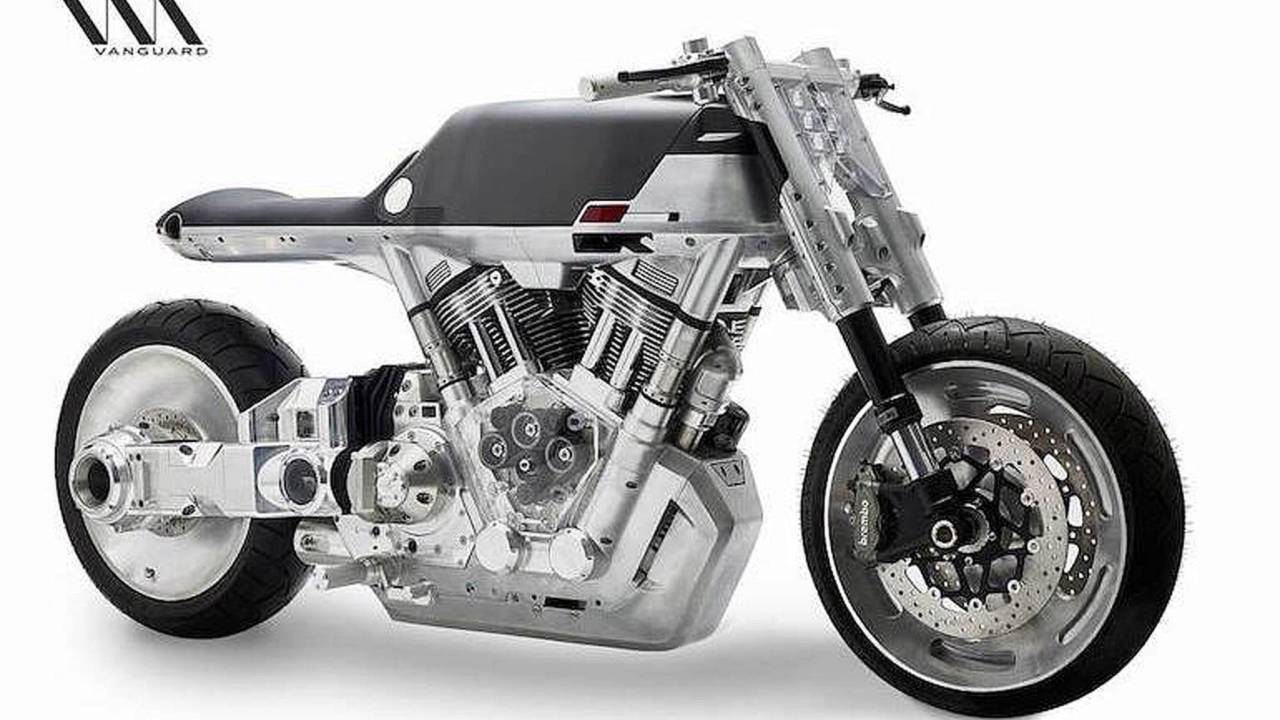 Newly created Vanguard unveils its new roadster to the public in New York.

The Vanguard Roadster, brainchild of former Confederate designer Edward Jacobs and partner Francois-Xavier Terny, is on display this weekend at the IMS New York Motorcycle Show. Powered by a 1917cc V-twin engine also serving as the frame, the futuristic machine features shaft drive, Ohlins suspension, and Brembo brakes. Cruiser and Racer models are also planned; base price is $30,000.

Built in the Brooklyn Navy Yard, the Vanguard represents the growing trend in computer-aided design and 3D printing, which shorten significantly the time lag implicit in traditional forms of motorcycle development. The advent of digital technology has compressed the standard timeframe from concept to design to prototype to testing and manufacturing. Factor in the subsequent reduction in development costs, and smaller builders like Vanguard start to make economic sense.

Of course, the major companies have access to the same tools, and bringing to production a new model that may have taken three or four years has now shrunk to as little as 18 months. But startups like Vanguard, with a handful of employees, don’t have to convince a board of directors or stockholders to have a new machine up and running in short order.

“We now have the same level of design and engineering tools as the big boys, which would have been impossible 10 years ago,” Terny told The Economist.

The digital designs also make it easier for the company to gain access to global suppliers who will quote the best prices for parts they need. Design files can simply be e-mailed to a vast network of engineering firms that offer their services online. Once road-testing and further development is complete, production of the Roadster is scheduled to begin at some point in 2018 in New York. That is another feature of the way factories are quickly changing: with digital engineering, cheaper automation and new production techniques such as 3D printing, it may be possible to rev up inner-city manufacturing.