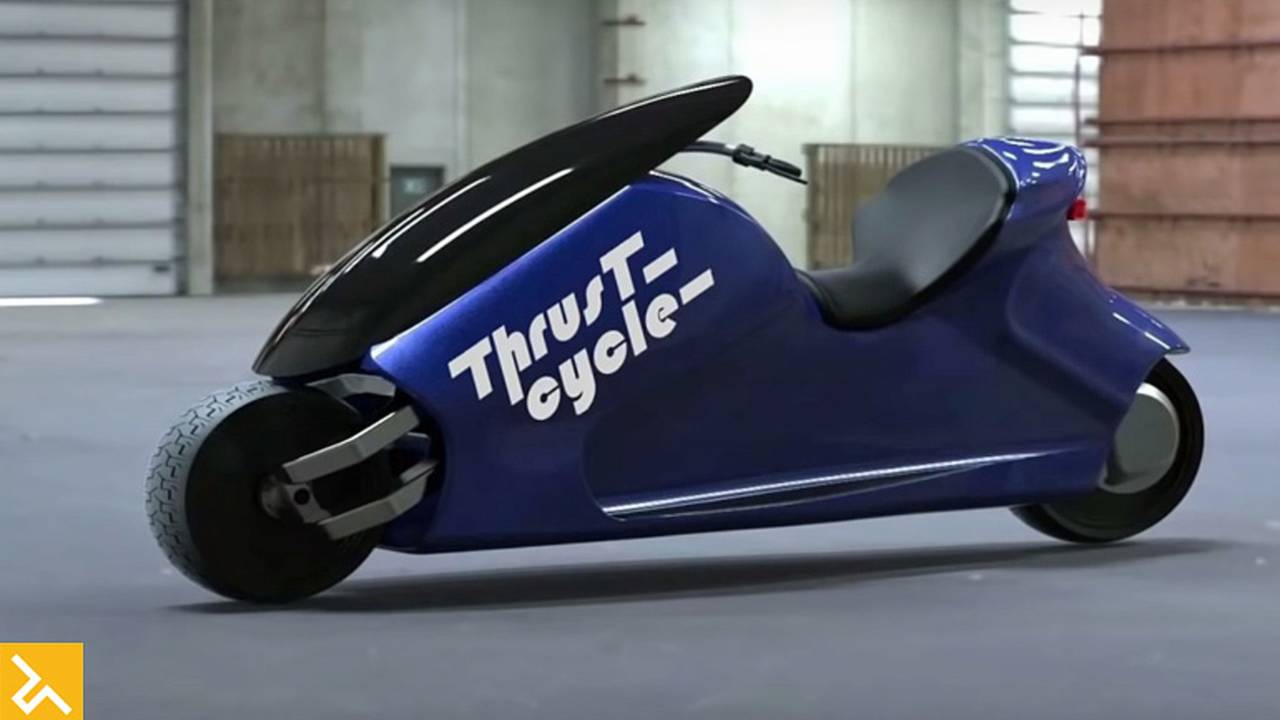 Check out the Thrustcycle Enterprises GyroCycle. This self-balancing bike may make it much easier for new riders to get into the sport.

In the words of Thrustcycle Enterprises company President Clyde Igarashi, “The GyroCycle is an energy efficient vehicle with rock solid stability.” With its first model scheduled for production in 2017, Thrustcycle aims to be the first company to bring a self-stabilizing gyroscopic motorcycle to market.

“Thrustcycle's internal flywheels create a gyroscopic effect that ensures the bike will remain upright and stable both during the ride and at standstill when powered up. Because their system maintains a fixed plane in space, the vehicle will be less likely to slide under and lose traction when going into turns because the gyroscope will maintain lateral integrity. The self-balancing function gives the rider more control and greatly increases safety.”

While the Honolulu-based company hopes to have the first gyro-scooter on the market, other companies have presented similar projects. The BMW Vision Next 100 concept was announced recently, and Lingyun Intelligent Technology of Bejing has a project in the works. "These are the concepts that Thrustcycle has been promoting for a while now," said Igarashi, "and we are eager to demonstrate them with our GyroCycle. While the price for the limited run in 2017 has not been finalized, Thrustcycle anticipates it will be under $20K – and significantly lower in the future.

Thrustcycle also plans to debut an enclosed gyro-stabilized vehicle as well. As demonstrated by a video on their website, rather than merely dampen oscillations as gyroscopes function on oceangoing ships, when the cycle is hit with force from the side, it will slide but remain firmly upright. Designer David Ryker developed an enclosed two-wheeler in the 90s, called the Gyro Hawk. The prototype GyroCycles are being built in Wilsonville, Oregon. Here's a video of the early model.