Michael Dunlop to Ride GSX-R1000 in Isle of Man TT 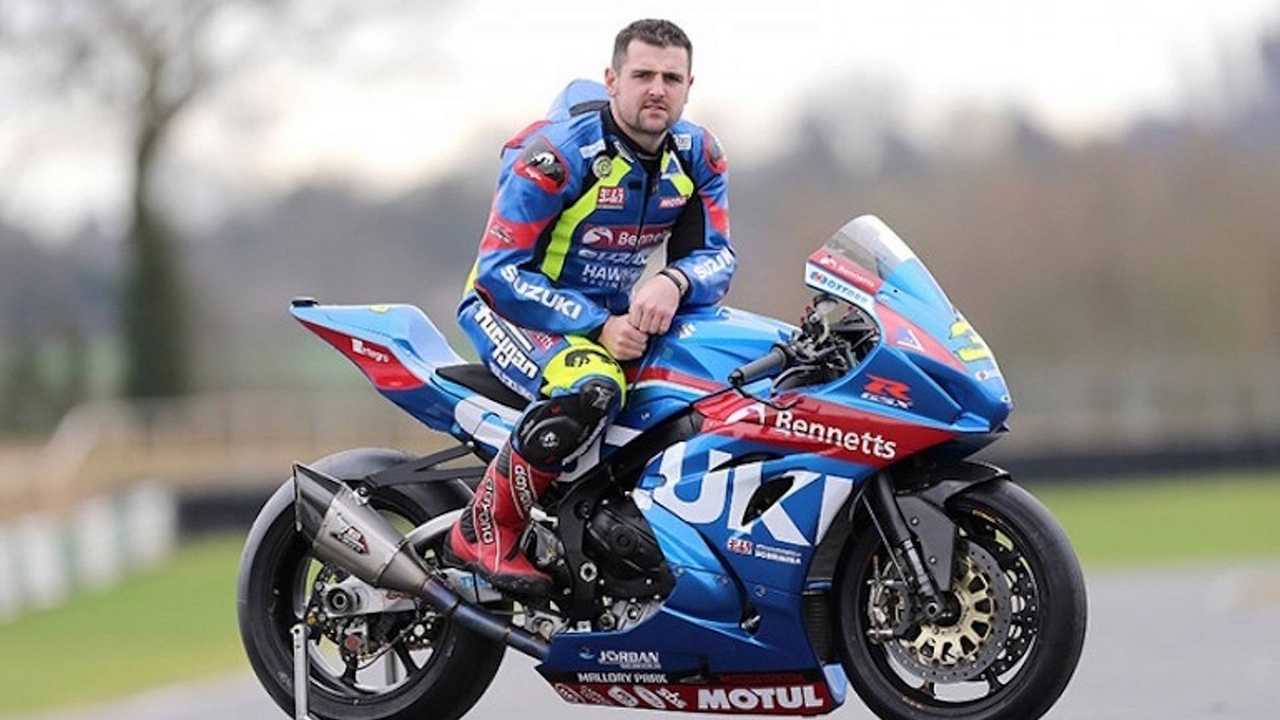 Isle of Man TT legend Michael Dunlop won't be riding a BMW this year. Will he be just as successful?

Thirteen-time Isle of Man TT winner Michael Dunlop has inked a deal to ride with Bennetts Suzuki for the 2017 year. The 27-year-old Northern Irishman is part of the Dunlop family racing dynasty, with Michael's dad being Robert Dunlop and his uncle being the TT legend Joey Dunlop.

Bennetts Suzuki will be running the new 2017 GSX-R1000R models, the all new GSX-R that features a full electronics suite as well as variable valve timing. Suzuki has claimed this will be the lightest and fastest GSX-R of all time. Many are also calling it the best-looking. The new model has some big shoes to fill as Michael Dunlop has raced on a BMW S1000RR in recent years and won the title of outright lap record holder, a feat many racers covet as much as they do a TT win.

Dunlop will be competing this year in the NorthWest 200, Southern 100 and Ulster GP, as well as racing the opening round of MCE British Superbike Championship at the historic Donington Park this April. Luckily for Dunlop and the Bennetts Suzuki team, they will have ample time to practice and make adjustments to the new GSX-R before setting off for Spain for tests at the Cartagena and Almeria circuits.

When asked about his thoughts on the new team he said: "I know they can take a new bike and get it right. This is a good team and there’s a good link with Yoshimura. It’s going to be interesting this year. I’ve been helping the team build my own bikes and it’ll be good to have a run around at Mallory for a shakedown before we go to Spain.”

Dunlop will be working with Bennetts Suzuki team manager, Steve Hicken, with whom Dunlop has worked in the past. When discussing the new superbike's chances for this year Hicken had this to say: "We've made good progress already with the development of the new GSX-R1000, and we know the potential is there with the bike. With a proven winner like Michael onboard, there's no reason we can't be winning races right away. That's got to be the aim."

With an impressive 13 wins already under his belt combined with a new cutting-edge bike, 2017 should be a good year for Dunlop. Although tests are a decent indication of how a team may do, the NorthWest 200 should give us a real glimpse of what Dunlop and Bennetts Suzuki have in store for the 2017 Isle of Man TT.