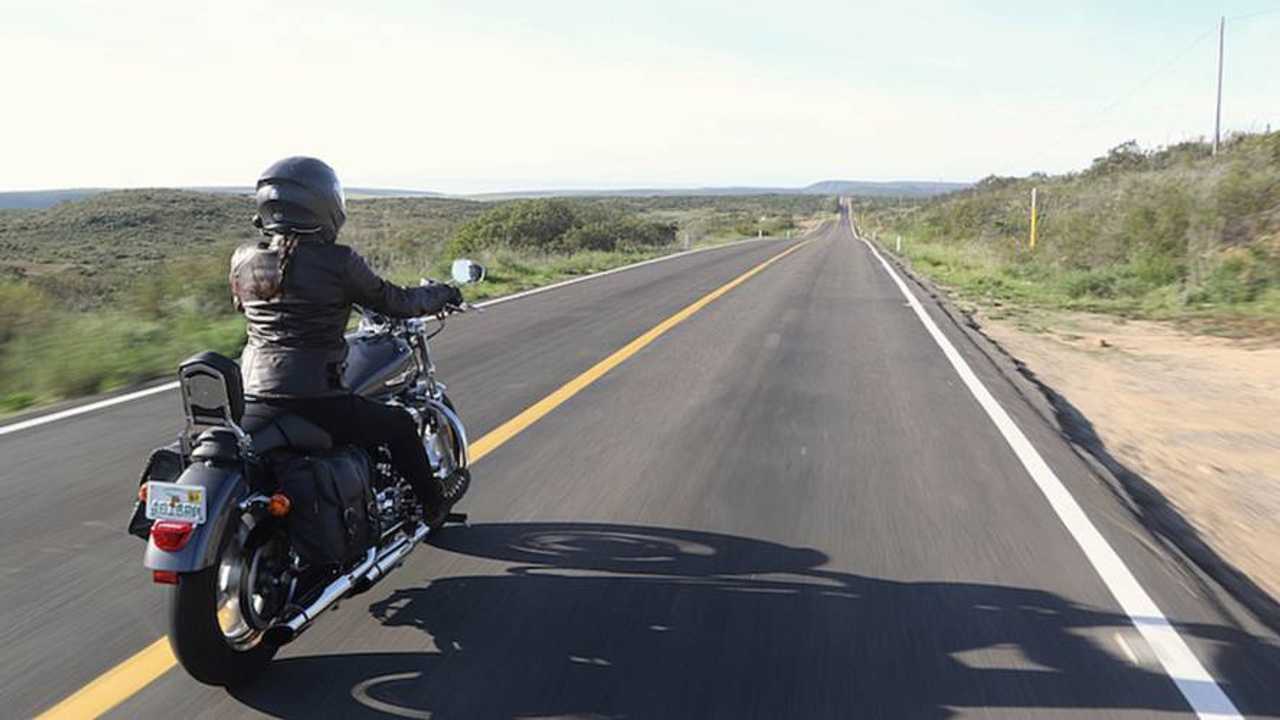 Bad Mojo in Good Ol' Baja: Touring with EagleRiderWhy A Motorcycle Tour To Mexico Could Change The Way You Adventure Images by Justin W. Coffey At...

At about 8:30 in the morning, the thick fog that had settled on San Diego the night before was no closer to dissipating. My partner, Justin, and I rode close to each other, battling the a.m. rush hour, trying to navigate through the heavenly lit gray atmosphere that shrouded us.

Respectively commanding a Harley-Davidson Sportster and BMW R 1200 GS, our hypothetically outstretched arms felt for incoming objects as we sifted through the congestion. I could barely make out the red light ahead, and as we slowed in unison... My heart stopped.

"Did you see that?" I gasped over the SENA headset.

Justin had missed the incident. Literally missed it. Not more than 100 yards ahead of us, a cocktail of steam, car parts, and airbag powder burst from the impact – the plume almost silent compared to its origin's booming reverberations. The crash left one car static, partially blocking the intersection. Another was halfway up the grass divide between the on-ramp below and oblivion on Interstate-5 above. We pulled over to assess the accident and its participants as anxious onlookers passively sailed over pieces of the wreckage to continue their daily commute – without so much as a nod of acknowledgement.

Justin and I had split from the EagleRider tour to fill up on petrol before regrouping and crossing the border into Baja. But, as with most of that trip, trouble seemed to follow us. The accident was just one in a series of, for better or worse, spectacular moments that started when we pulled into The Lodge at Torrey Pines and found a conspicuous lineup of Polaris Slingshots waiting for us at the ready. And ready we were. About nine journalists and handful of EagleRider reps strapped into the colorful, topless three-wheelers I had previously connected to middle-aged men with money. (EagleRider offers Slingshots for folks who don't ride but still want to take part in a riding-like experience – Ed.) Our band took off for a ride designed to parade us through San Diego for onlookers to gawk, and to allow us to breathe in some salty air along the coast. It didn’t disappoint.

After bonding over artisan pizza and wine, we were taxied home; a few of us opted to sip digestifs and Armagnac at the resort’s bar and lounge. Words flew across the fireplace with fervor for what felt like hours. The discussion was picking up steam when a sinister-looking man silently pierced our circle, plopping himself down on the couch to my right. He had slid so close to me, eyeing me in such a devious way, I felt inclined to shift to the other side of my seat. In any other circumstance, I would have just left, but I wasn’t alone. And the dialogue was just getting good.

The man was well-lubricated. If you couldn’t see it, you could smell it. But as we continued the jovial banter, he sat forward and just… Listened. Eventually he spoke up. Much louder than he had entered. He asked which of the group had ever lived in Iraq – to my surprise, Chris McIntyre, the owner of EagleRider, had. Ol’ Drunky’s response was less than polite. He spat hatefully everyone in earshot and proceeded to pick a fight with Chris – who apparently isn’t the type to back down. I like that in a leader.

When the inebriated interloper threatened violence Chris challenged him to put his money where his mouth is or to leave our humble assembly alone. Justin, Matt (an international correspondent), and hotel security stepped in to let Chris know he didn't need to be the one to settle this. The drunkard was removed from the situation; Chris sat back down, took a deep breath, apologized to the room and returned to business as usual. His professionalism mixed with relentless enthusiasm had already impressed me. But his “take no shit” attitude in an abrasive situation made me respect him on a more human level.

Like I said, trouble followed us. But in every subsequent surprise the tone slowly changed from bad to not so bad.   Day One of the ride went off with a bang, quite literally. But accident aside, the cruise into Tijuana went smoothly. Chase vehicles carrying spare parts, an extra bike and excess luggage helped lay a clear passage for the band of baggers, mid-sized cruisers and an R 1200 GS to move effortlessly from point A to point B. An eccentric café built into a house at the edge of old Mexican Highway 1 provided the necessary caffeine and postres to fuel us ravenous riders. Cups in hand, the group strolled down the dirt road to a dramatic cliffside, which was apparently the incredible bachelor pad of lead tour guide Rad Brad. It would be his expertise that outlined our adventure – expertise that was evident during our coastal foray into Ensenada, then along the vast expanse of Mexican mountainside as we turned toward Valle de Guadalupe off Hwy 3, and arriving at the second stop of the day: La Estancia.

The view beyond the back porch’s railing would make you stumble. Tortillas were freshly prepared within eyesight. And the food! I would argue that this tour could be dubbed "A Gastronomic Delight" with the sort of meals we were served. Even a glutton for pleasure would feel guilty on a jaunt so sensorily indulging.

EagleRider didn’t begin so refined. Like any good brand, it scraped to create something worthwhile, and I’m only just learning what its worth is. It started when Jeff Brown and Chris McIntyre left their corporate desk jobs, brimming with potential, in search of something more fulfilling. It was 1991. Little did they know their break from work would be more like a break-up and would inevitably lead the men to combining their passions for motorcycles and travel into a viable business. Enter: EagleRider.

Fast-forward 25 years to find an assortment of journalists commanding bikes at the behest of Jeff and Chris. They took us down dirt roads and asked us to let loose – did I mention some of us were riding baggers!? Their routes weren’t bound to the easy thrills of Baja’s highways and paved parkways. We saw the boroughs. We dodged stray dogs and watched as locals watched us – both sides curious about the other. We struggled speaking Spanish, but everyone laughed in the same language. We even watched whales and fished with a family whose livelihood relied on each day’s catch. We sang the loudest at Ensenada’s oldest bar to a mariachi band that plucked tunes by Pink Floyd, Rolling Stones, and (my favorite) Carlos Santana. Being in a tour calls attention, and when you realize not to shy away from it, you suddenly control the room. It was not a position I’m used to, but arm in arm with my new pals, every surreal Indie-movie moment that rolled in became more real. Memories have since formed that most Millennials – my demographic – would kill to remember. And I blame all the wonderful people who surrounded me for turning what was otherwise a shallow media tour into something nostalgic.

READ MORE: Wind, Rain, and Terrorism on a Victory Vision

I’ll never forget the utterly informative wine tasting hosted by the exquisite Barón Balché winery; stuffing my face with fresh seafood tacos and tostadas, taking a shot of homemade Mezcal with the family who owns La Guerrerense, or encircling a raging fire centered in Hotel Boutique while Sean, Jason, Jeff, and Davey strummed an acoustic guitar and sang their asses off. Or riding my borrowed Sportster like I stole it.

The substance of our adventure didn’t solely rely on the shocking instances during the outing. EagleRider had planned a picturesque ride through coastal Baja and its blossoming Wine Country, and finished strong as we wound through the underappreciated roadways and mountain ranges that border San Diego County. At every stop, they satisfied our appetites, quenched our thirsts, ensured our comfort and brought us together like a band of brothers (and sisters) growing more familiar after every challenge, with each campfire, over every sing-along, and at the bottom of each tequila shot. After three short days, this group of strangers became fast friends – leaving strong impressions, making sincere promises and creating lasting camaraderie. Or at least that’s what I truly believed by the time we waved goodbye.

No amount of money or strategy could guarantee the series of odd experiences that followed Justin and I throughout the journey. Some were chance. But many others are owed to a thoughtful selection of people, paths, and points of interest. The EagleRider tour wasn’t a weekend getaway or some booze cruise for bikers. Many Millennials these days demand a "unique" or "authentic" experience to fill their free time without (realistically) investing a ton of effort or money. It’s a seemingly unachievable request. But to my surprise, I think that what EagleRider offers genuinely fits those descriptions without selling its soul in the process.

The tour, the Club, the company, if nothing else, are catalysts for developing friendship, breaking down ego, discovering culture. For inspiring adventure and motivating the busy. To make memories and leave impressions. Because they don’t rent motorcycles… Or so they say. EagleRider’s intentions are bigger than that. As their motto goes: "We Rent Dreams."