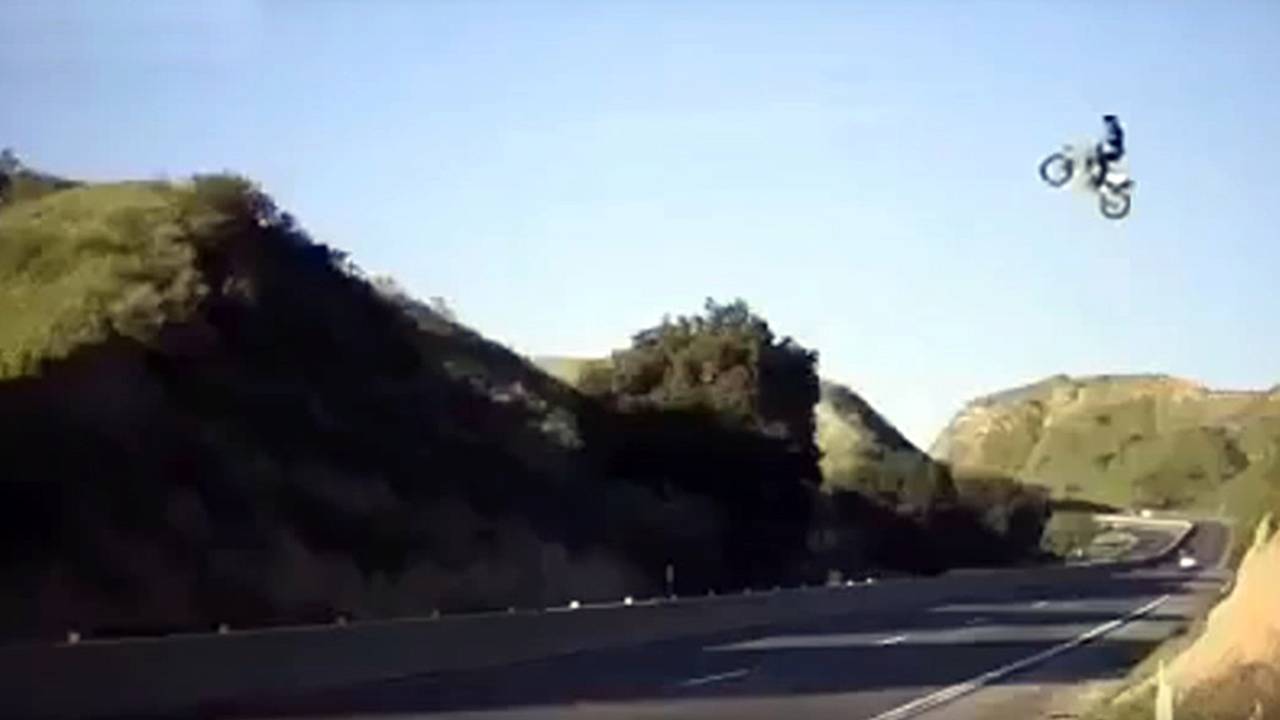 Kyle Katsandris is getting a lot of press after his Southern California Highway Jump hit YouTube on March 7, 2017.

Back at the start of March 2017 there was a video of some crazy bastard jumping his KX over California SR 60 in Southern California. Over the next few weeks the video has drawn some unwanted attention to the ever-fragile relationship between California OHV proponents and its perpetual antagonists. While the stunt was bad-ass in the eyes of the crazy mullets across the West Coast, it does show a lack of respect for the safety of others and that’s what has drawn the ire of local officials.

As far as 24-year-old Kyle Katsandris and his band of merry men are concerned, this jump was a simple rite of passage and a way to share their awesome riding skills with the rest of the world. It is not a particularly difficult 100-foot leap for a rider who clearly has the freeriding chops to pull it off. It’s not as if some dumbass novice simply went out and bought a dirt bike and decided to try this stunt. On the other hand, it does have potential to cause real harm to the unsuspecting motorists on the freeway below. The video has accumulated more than 150K in views (and counting), not including the additional videos that have pirated the footage in an effort to capitalize on Katsandris' five minutes of fame.

A more harmful side effect is the damage it has caused in regards to relations between the general public, law enforcement, and the hordes of off-road riders among us who are not capable of such feats. In an effort to make sure the stunt is not replicated anytime soon, CalTrans has destroyed the launch area and fortified it with logs and boulders.

Of course, the California Highway Patrol and the Riverside County Sheriff Department are investigating the incident, so the odds are the poor kid is going to take some heat for this before it is all said and done.