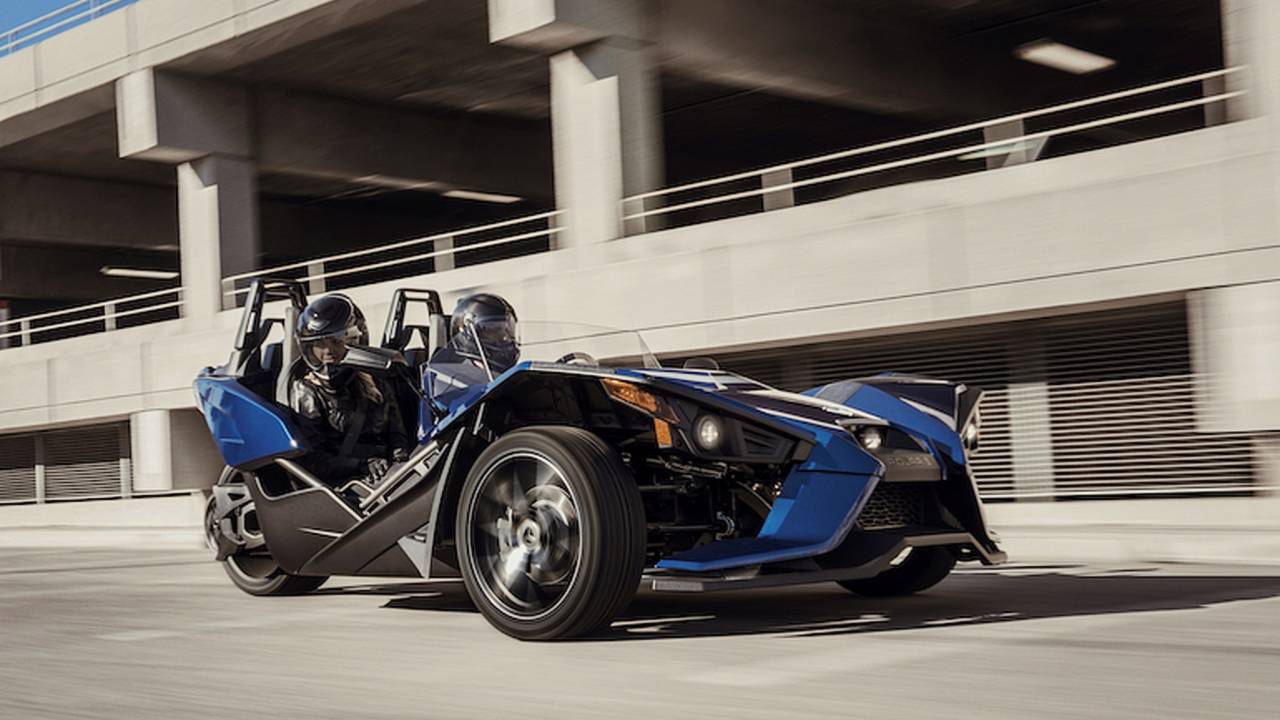 Polaris Slingshot seatbelt are under investigation for possible safety hazard.

The National Highway Traffic Safety Administration opened an investigation into possibly defective seat belts in Polaris Slingshots due to a 2016 crash in which a Michigan man was killed when his seat belt reportedly released on impact.

According to the Star Tribune, the police report indicated that the Slingshot driver veered into oncoming traffic when making a lane change and was struck by an oncoming vehicle. The report states that he was wearing a helmet and seat belt when he was partly ejected from the vehicle. The cause of death was reportedly a severed spinal column. His family filed a complaint with the NHTSA, claiming the seat belt retractor exploded on impact and allowed the belt to release. The complaint read, in part:

"Because of the failure of this important safety equipment, our family was certain that Polaris would voluntarily recall all vehicles equipped with this obviously flawed safety device in an attempt to spare other families the heartbreak our family has suffered. Obviously with no recall issued to date, we were incorrect in this assumption."

The NHTSA investigation will attempt to determine if a defect in the seat belts of some 4,800 2015 Polaris Slingshots will not allow them to restrain the occupants in a crash. The manufacturer of the seat belts, Key Safety Systems Inc. of Michigan, declined to comment for the Star Trib's story.

"We extend our deep condolences to the rider's family," Polaris said in a statement. "At Polaris, the safety of our riders is our absolute top priority. We are fully cooperating with the NHTSA investigation, as well as conducting our own investigation, which is our standard practice."