English Grandma Gets Dream Ride on a Harley 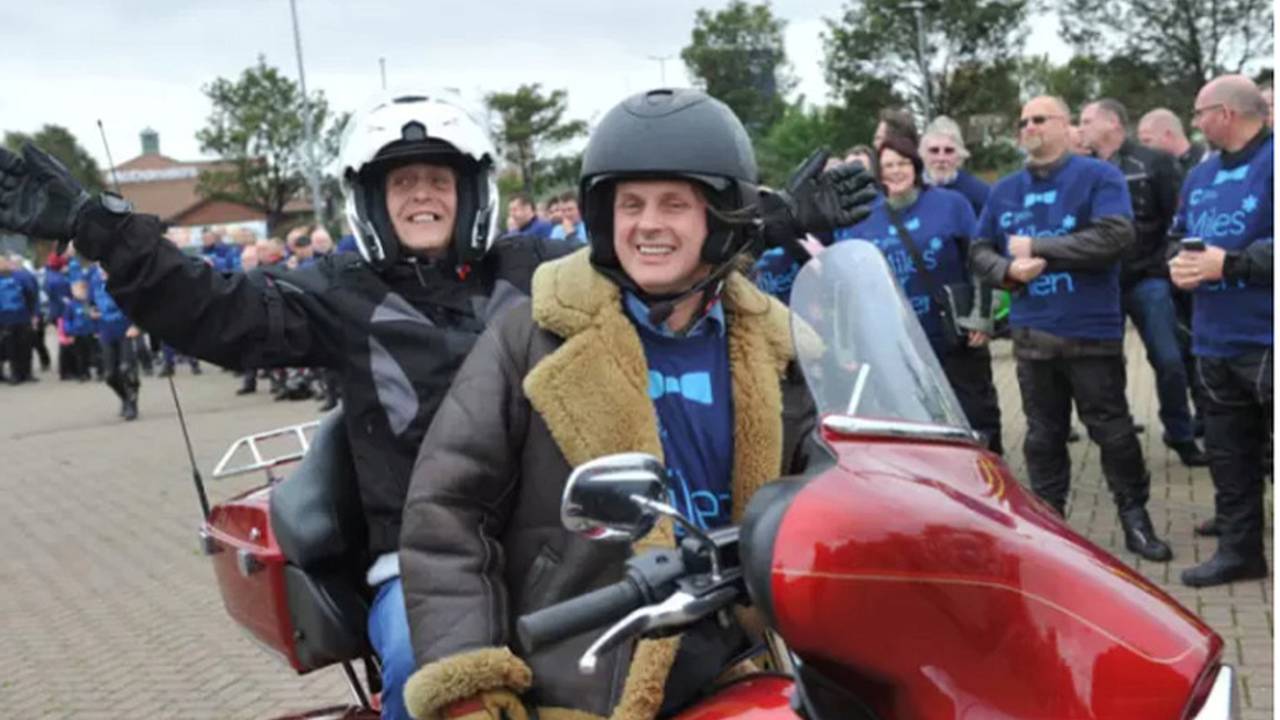 Ailing grandmother is surprised by turnout for her dream ride on a Harley-Davidson.

Terri Eames of Hartlepool, England, always dreamed of riding on a Harley-Davidson. A mother of four, and grandmother of 11, Terri is now battling a serious illness and was surprised when 110 riders showed up at her house last Sunday.

Her lifetime dream was fulfilled with the help of local charity Miles for Men, and organized by her family and friend Tony Hudspith, who put out the word on Facebook. The convoy of motorcyclists wound their way from Hart Village to Marina Way.

READ MORE: Michigan Man to Ride Harley 680-Miles with No Hands for Charity

“It was fantastic, and I couldn’t have imagined anything better,” Terri told the Hartlepool Mail. “It has been my dream all my life to ride on a Harley Davidson, and now I’ve been able to do it. I’ve always loved motorbikes and now I’ve been all over Hartlepool on a Harley Davidson. I can’t believe it. It was a great surprise. I can’t thank those who organized it and everyone who turned up enough.”

READ MORE: We Catch Up With the Veterans Charity Ride

“It was a really nice surprise for her,” said Stephen Picton from Miles For Men. “It was Terri’s wish to go on the back of a Harley Davidson and we decided to do all we could to help. Tony organised it, getting into the bikers’ community on Facebook, and generated quite a lot of interest in this. It was all intended as a surprise for Terri, and she was over the moon when she found out.

“It was amazing to see how many people gave up their time to support Terri and come along to this. That’s Hartlepool for you. People put the heart into Hartlepool, and I’ve always said that. They spelt Hartlepool wrong. It should be H-E-A-R-T-lepool. I was speechless at the amount of people who came out.”