If Automakers Made Bikes This Is What They'd Look Like 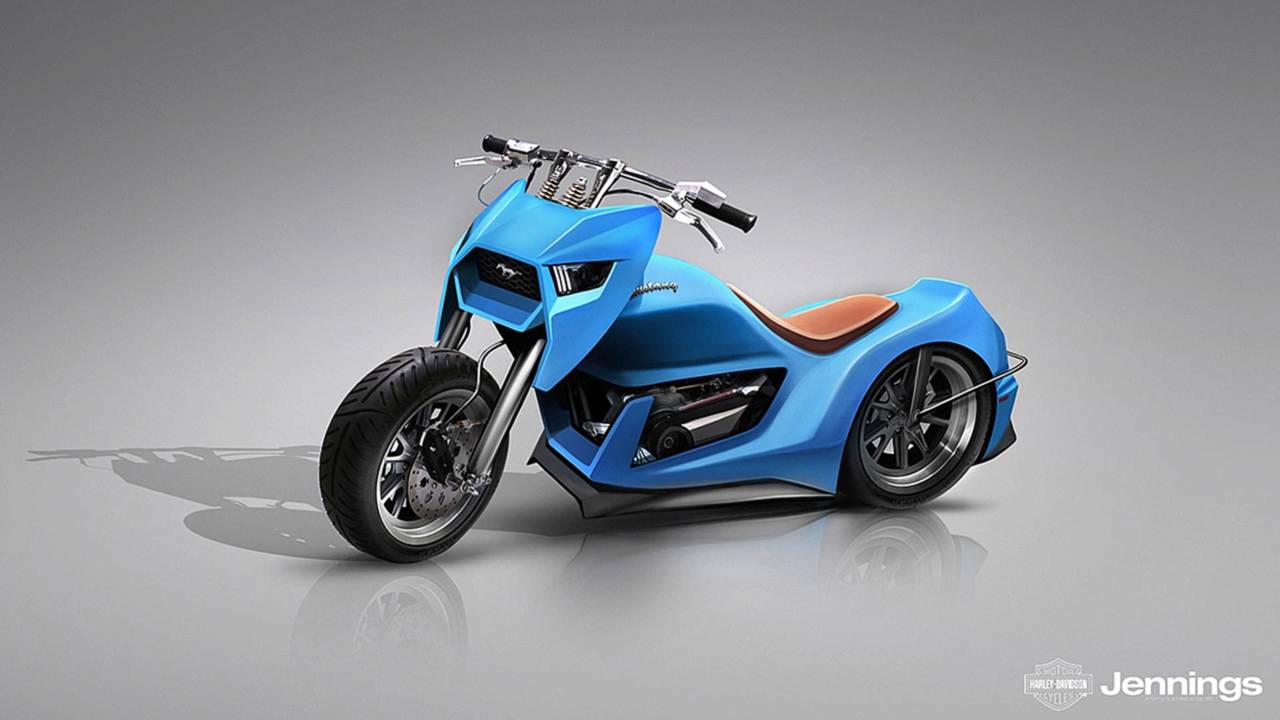 From a McLaren sportbike to a Land Rover dirt bike and everything in between, we got a hold of six motorcycle renders showing the bikes that could be.

We got our hands on six bike renders that play a pretty clever game of "What if?" with the idea of automakers building bikes. Each image takes the design language of a well-known automaker – Ford, for instance, or Porsche – and distills it down into visual cues and neat references in an effort to visualize what a bike made by that automaker would look like.

This bike render doesn't hide its McLaren 720S design inspiration. Even the choice of paint is reminiscent of the launch color the British supercar maker chose for their machine. The 700+ horsepower 720S can do sub-three second 0-60 pulls, we don't doubt a bike inspired by it would be just as quick.

Iconic muscle car, meet motorcycle. Full marks on that headlamp design; that is pretty much spot on new Mustang. Though I can't say I see Ford building a motorcycle, I could see a builder doing a chopper inspired by the Mustang. Do you know of one that already exists? Leave us a note below, we'd love to see it.

READ MORE: What if Motorcycle Companies Made Cars?

Of course, if Porsche was going to inspire a motorcycle, it had to be a cafe racer with a boxer-style engine. With most of their cars looking pretty much the same since the original 911, well, a retro bike would be the right choice. The dimensions on this one seems off to my eyes, but I can't help but be in love with that gorgeous tan leather seat.

Why not take cues from French automaker Renault for a sharp looking scooter? After all, most of us likely picture bustling, stylish cities when we think of France (cue Paris), and what better to navigate small city streets than a scooter. Bonus points if you guessed that the scooter's wheel design looks to be from a Renault Clio.

If long distance road touring is your thing, this is probably the plush leviathan you want as your steed. The phrase "rides like a Rolls" wasn't coined for nothing, and if this bike rides anything like the cars it draws inspiration from, I think we're in good company. Plus that imposing Rolls-Royce design aesthetic really is growing on me.

With design inspired by the iconic Land Rover Defender, the quintessential adventure machine, this bike harkens at a look recognized the world over. A couple of hard bags on either side and what looks to be a full-size tire mounted at the back, this thing sure looks ready to beat a path through the thickest of jungles.

READ MORE: The Thiverval is One Seriously Epic XDiavel Concept

While some automakers have seperate powersports divisions, we seldom see crossover between their four and two wheeled products. Just because BMW builds cars with a signature kidney grille, their motorcycles don't share that, or any other, design theme. Same goes for the likes of Honda, Suzuki, or Volkswagen/Audi (Volkswagen Auto Group owns Ducati). Though it would be fun to see what these could look like; are there any artists in the house?