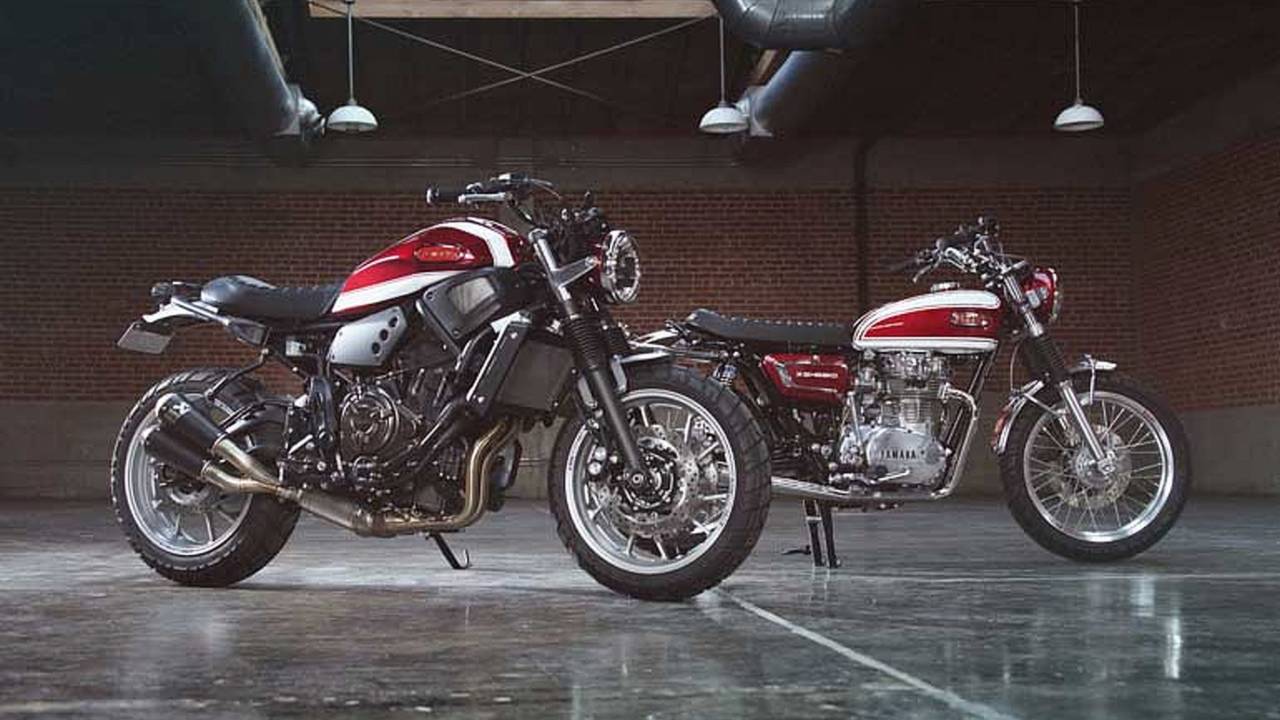 The latest Yard Built entry is a two-bike deal with plenty of retro bona fides.

Yamaha just released photos of the two latest bikes in their Yard Built Project series, and they are very tasty.

This latest Yard Built project is a two-bike entry from Iowa bike builder Greg Hageman. First we have Fast Father, a 1972 Yamaha XS-2. The XS-2 is a great bike by any measure, and Yamaha’s first attempt at a four-stroke motorcycle. The 650cc Yamaha was an unparalleled success and went through very few changes in a 13-year production run.

Hageman, impressed with clean and classic look of the XS-2, sought to create a more up to date version to better meet modern expectations. To achieve this, he added LED lighting, efficient Mikuni VM carbs, and radial tires to replace the bike’s OE bias ply rubber. Sharp eyes will recognize the early R6 front end, trick swingarm, and Hagon shocks that were added to improve handling. In addition, the timeless virtues of a flat seat, bright two-tone paint, and that incredible feeling of lightness in form and reality make this bike a winner. A winner you can ride fast and far without drama.

The second bike is an XSR700 called Fast Son, a clear homage to the older, wiser XS650. To help with this build, Hageman approached Yamaha motorcycle production manager Shun Miyazawa. Instead of giving the XSR the full-on retro treatment, Hageman decided to give it just a whiff of the old school while keeping the bike’s aggressive, modern stance. Changes include a round (yes!) headlight, reassigned instrumentation, a flat seat, Akropovic exhaust, and a stunning two-tone red and cream paint job to match its predecessor’s. Little else was needed as the XSR has plenty of performance, the correct twin cylinder rumble, and is totally in line with how people ride today.

The bikes are currently on tour with the International Motorcycle Show (Jason got to see both during his trip to Manhattan last month), and are a must-see at the Yamaha booth. The workmanship and attention to detail on both bikes are top notch, and the XSR seems to be a worthy successor to the venerable XS650. If you have the chance, you should definitely check them out.