22-Year-Old Sets Out to Ride Around the World 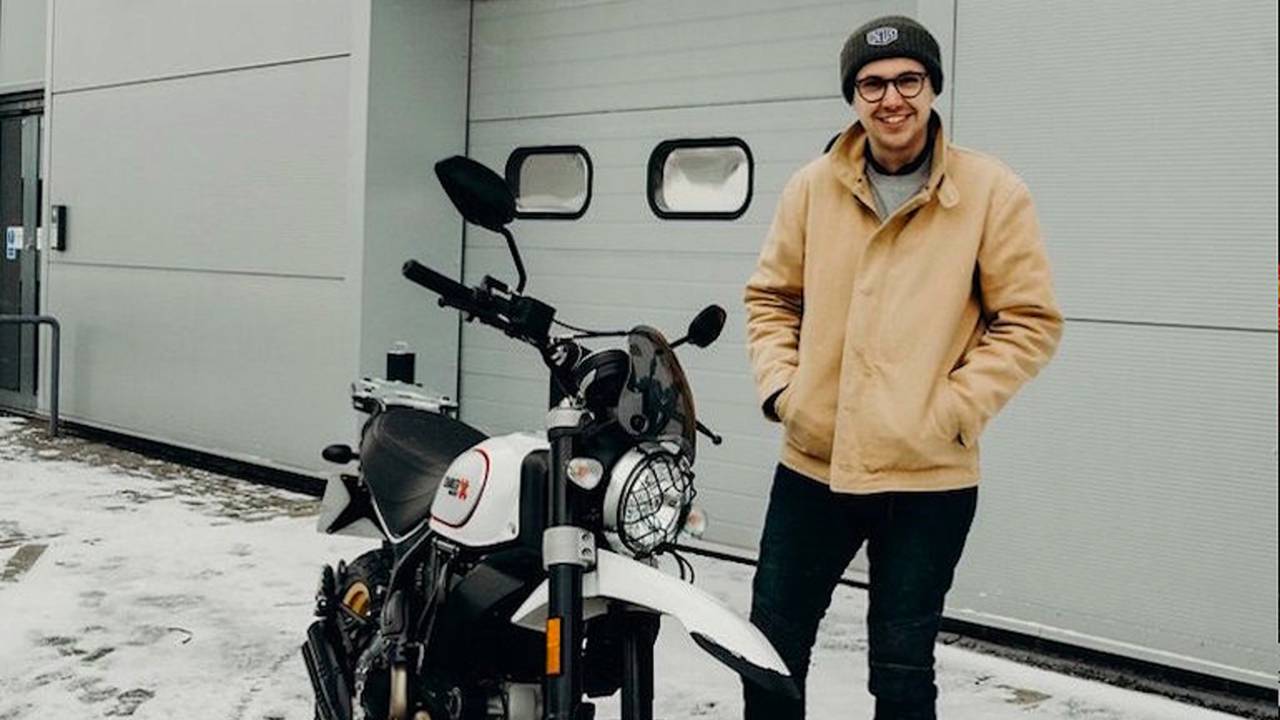 22-year-old Henry Crew started his expedition traveling the world on a Ducati Scrambler Desert Sled trying to aide charity and set a world-record.

UK man partners with the Movember Foundation to generate funds and awareness via a 35,000 motorcycle trip

Between the internet, GPS, cheap airline travel, and modern motorcycle reliability, traveling the world on a two-wheels has arguably never been easier. Nonetheless, 22-year-old Henry Crew has just embarked on a 35,000 mile motorcycle trip around the world, a trip that will span six continents and 35 countries over the course of more than a year. Plus, if the Brit completes his excursion by Friday, 10 May, 2019, he will set a new world record for the youngest person to circumnavigate the globe on a motorcycle.

Crew reportedly started planning his journey eight months ago, and in the process realized the trip had the potential to be parlayed into a good cause. Having lost multiple friends to suicide, and personally having struggled with mental health issues himself, the South England native decided to partner with the Movember Foundation. He agreed to help raise funds and awareness for the charity, which focuses on men's health issues; specifically prostate cancer and mental health. Crew hopes to raise one British Pound for each mile he travels, totaling just shy of $50K if all goes according to plan.

After hearing about Crew’s upcoming travels, Ducati UK opted to pitch in by donating a Scrambler Desert Sled. Crew, who’s been riding since 2013, says he’s kept the Scrambler mostly stock, adding only a rear-luggage rack and luggage (provided by Malle London), fly-screen, and hand and engine-guards.

Henry Crew moments before embarking on his trip around the world

Because traveling around the globe on two-wheels requires a number of water crossings, things can get a bit subjective when it comes to actually defining what it means to circumnavigate the planet. Therefore, rules have been outlined in order for a record to be authenticated. One must trek over 24,500 miles and reach a number of specified locations on opposite corners of the Earth. Having left on March 3, 2018, from the Bike Shed Motorcycle Club in Shoreditch, England, Crew will have 433 days to complete his journey if he’s to set a new world-record.

Here at RideApart we're wishing Crew luck on his travels. You can follow Henry on his 35,000 mile trip via his website or his Instagram, and to support the Movember Foundation you can click here.