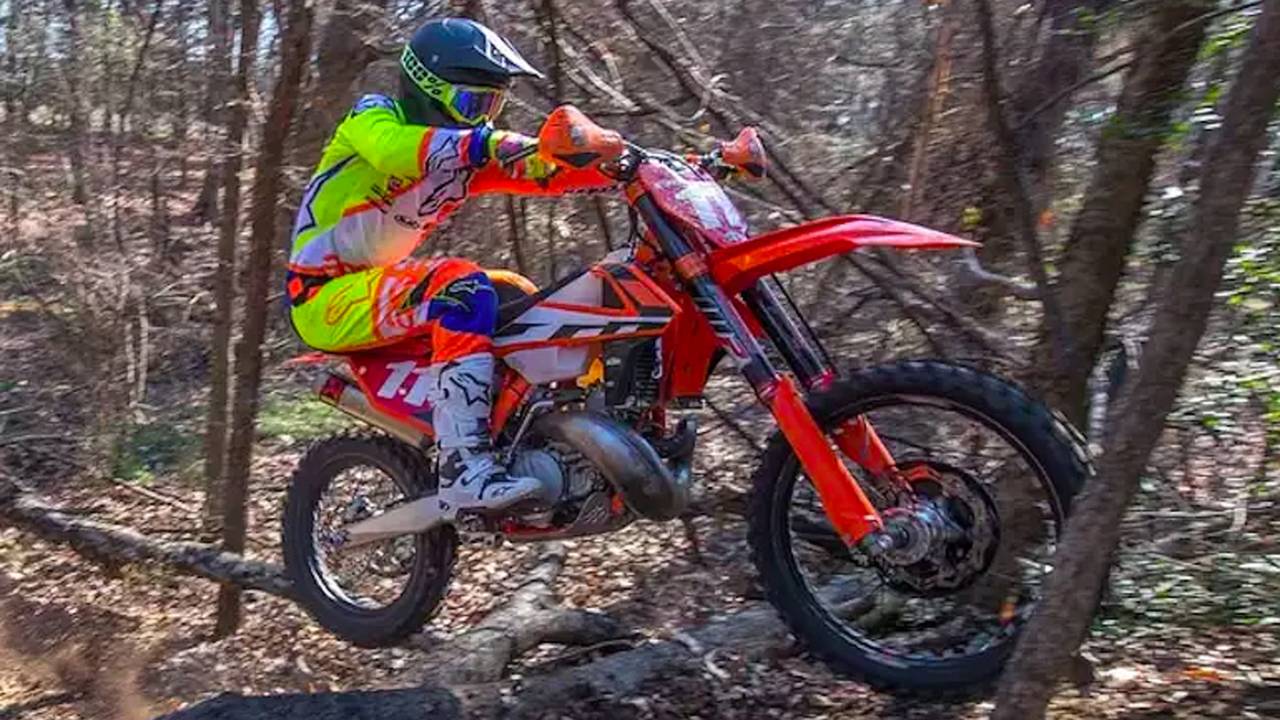 In 2009 American racer Ben Spies carved out a place for himself in the history books becoming the World Superbike Champion—a feat earned on top of his trio of AMA Superbike titles. Unfortunately for Spies, five years ago he suffered a career-ending shoulder injury which many thought would force him to hang up his leathers for good. The drive and passion of a racer makes even the triumph of the human will seem unimpressive and lazy, though. So late last year when Spies announced that he returning to racing we were pretty surprised, a feeling that was amplified when we learned Spies wouldn’t be superbike racing and would instead be trying his luck at the nine-round AMA National Enduro Series.

Having grown up riding dirt bikes in his native East Texas, Spies says he feels just as comfortable on dirt as he does the groomed tarmac of a circuit.

“When I was in my prime, everything was good and we won a lot. I was quick, for sure—top five in the world for a few years. I’ve been riding dirt long enough to know there are some super-talented boys, but I love the enduro stuff,” said Spies during a recent interview with Dirt Rider Magazine.

THE NEXT BEN SPIES: American 5th grader heads to race in the UK

“I’m still learning how to read trail—that’s my weakness. I’m working on that, but I can see now if they’re tighter turns, faster. My technique is to brake as late as I can, stop, and fire out of the turn. So my weakness, and what I’m still learning, is not rushing—trying to be fluid and smooth and not over-braking. I went to Zinc Ranch last year—my first-ever national enduro. I was 28th overall. I had fun, but then you see what those Baylor boys and Thad Duvall do; it’s like, okay, those guys can ride. If I ever get a top 15, that would be a win for me,” relays Spies.

“I had to learn to ride standing on the rear brake,” he said. “I’m fortunate to have a good group of buddies who have helped me speed up my learning curve,” said Spies. He also said that he believes that more than half of riding is the same regardless of whether its dirt or track, though he readily acknowledges the substantial learning curve.

THE SUBJECTIVITY OF SPEED: How fast is a sliding scale

Spies says he plans to race the AA class, but only after the summer break. That's the last third of the season, just two or three races. When asked about his injuries and what effects, if any, they still have on the rider, Spies responded saying, “It has gotten better in some ways and is still the same in others,” he said. “I can hold on to the bike and ride hard, but after three days, it hurts like hell.”