Riders You Should Know: Anke-Eve Goldmann

Let’s imagine, for a moment, that you’ve just discovered motorcycling. You’re completely in love with riding, and even better, you’ve also discovered that you’re quite good at it. So, you start entering local racing events, doing everything you can to spend as much time on your bike as possible. You’re good, but you get even better, because that’s what most people do when they spend a lot of time dedicating themselves to doing just one thing.

You live, sleep, eat, breathe, and dream motorcycles. Pretty soon, opportunity coincides with passion, and you’re lucky enough to find yourself writing about them for a living. It’s long before the Internet becomes a thing. Your work ends up in print publications all over Europe, the U.S., and Japan. It’s amazing, and it fuels your motorcycle passion even more.

At some point along the way, you realize that the available motorcycle gear just doesn’t meet your standards. Using the contacts you’ve made in your career, you talk to a leather specialist and work with them to design a bespoke one-piece leather suit for you to wear on your bike. That should be one problem solved, shouldn’t it? Unfortunately, because people are terrible, your problem is just beginning. Eventually, you’ll stop riding after a close friend dies on a bike, and you’ll eventually drop out of the public eye forever because of how poorly you were treated.

That was the story of Anke-Eve Goldmann, a trailblazing icon for women motorcyclists. Like anyone bitten by the bike bug, she just wanted to ride. She wanted to learn. She wanted to share her passion. As the Vintagent is so good at doing, journalist Paul d’Orleans dug up a whole bunch of history and interviewed many people who knew her throughout her life back in 2017 to discover what little we know about her in 2021.

When he started digging, he wrote that she was probably still alive. However, she wasn’t even slightly interested in talking to anyone about her life. You see, she’d been burned pretty badly in the past by corresponding with the wrong person. Back during her moto journalist days, Goldmann wrote back and forth with a whole lot of people, all the time. This included women riders and racers all over the world—including Soviet women racers, and there’s a great reprint of a piece of hers from a 1962 issue of Cycle World that the Vintagent republished.

Where it all went wrong was that she also corresponded with French writer Andre Peyre de Mandiargues, who in 1968 wrote his most famous novel, called simply The Motorcycle. The character Rebecca is largely believed to be based on his perception of Goldmann. For those unfamiliar, that book was eventually adapted to the screen in the form of the infamous movie, Girl on a Motorcycle (also called Naked Under Leather in some markets), starring Marianne Faithfull. Goldmann, by all reports, was appalled down to her core, and considered it pornography in the most pejorative sense of the word.

She’d done so much, and fought so hard just to be allowed to ride her bike in peace, and to race. Women on motorcycles were much rarer in the 1950s than they are in 2021. Whatever battles we modern women riders may face, she was facing more and worse in 1950s post-war Germany. Just imagine if, after you’d spent so many years trying to be taken seriously, you were simply reduced down to merely being someone’s leather-clad celluloid fantasy. Now, there’s no shame in it if that’s something you set out to do, but if you didn’t? You’d be mad, too, and Goldmann was decidedly not happy about it.

What kinds of bikes did Goldmann ride? Mostly BMWs, moving from a BMW R67 / 3 in 1953 up to what was believed to be the second-ever production BMW R69 ever built in 1955. When she started racing, she teamed up with German gear maker Harro to create the one-piece leather suit that would support her racing efforts, and eventually fuel her ultimate exploitation and frustration. By 1970, she bought herself a new MV Agusta 750 Sport, because she didn’t like the stylistic turn that BMW had taken. However, a good friend of hers died not long after, and she never raced the MV and soon gave up riding altogether.

Wherever she is, we’re grateful for all the trailblazing she did on and off the bike, for women motorcyclists everywhere. We salute her spirit, as well as her tireless efforts to bring attention to the fact that hey, women can (and do) love bikes, too.

More Riders You Should Know: 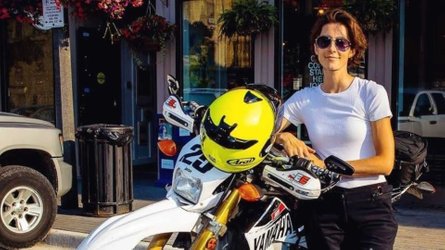 Riders You Should Know: Holly Varey
⠀ 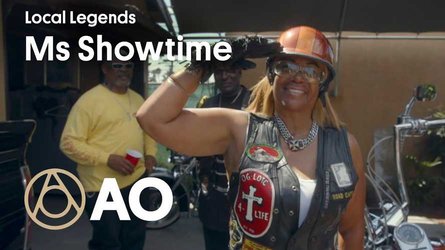