Why Can't You Buy A Pickup Truck With A Motorcycle Lift? 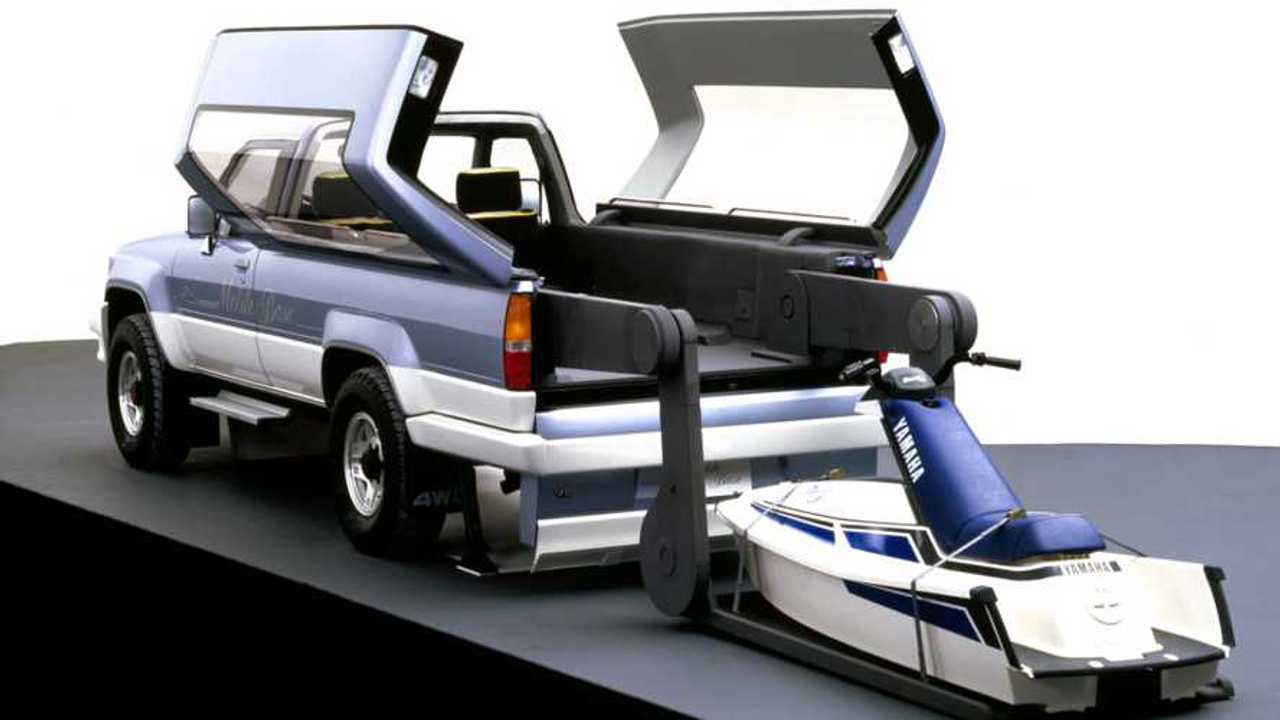 It seems like an obvious alternative to a ramp.

One of my colleagues at Jalopnik recently wrote about the Toyota Mobile Base concept truck from 1987. This was essentially a 4Runner with a built-in lift for powersports toys, plus a clamshell roof that opened to accommodate loading and unloading. That got me thinking, why hasn't some manufacturer offered a motorcycle lift as an option from the factory?

Toyota is no stranger to marketing to motorcycle owners. We previously covered the Yamahauler concept of the 1970s, where Toyota teamed up with Yamaha to create a concept truck geared specifically toward hauling a bike around. A motorcycle implementation of the Mobile Base's lift wouldn't work in the original 4Runner. While it worked for a jet-ski, a motorcycle would be too tall for the fancy clamshell roof to close around it. So why not put the lift in the pickup truck version instead? It would just need a little weatherproofing and be good to go. Toyota could even revive the Yamahauler name for it.

This idea need not be limited to Toyota, though. Modern pickup trucks are huge. Their beds are quite high off the ground. Last year it took three of us to muscle a pair of small Suzuki Savages into the back of a Ram pickup. I'm six feet tall, the bed floor was as high as my shoulders, and our ramp was way too short for that height. It would've been so much easier to drop a lift like the one on the Mobile Base off the back, tie down the bikes at ground level, then lift the whole kit and caboodle into the back of the truck. Considering the height of modern truck beds, I think this is an idea whose time has come.

It isn't like the technology doesn't already exist. The Startraks Xtra Lift installs in the bed of a pickup truck and can lift from 1,300 to 2,000 pounds from ground level. With a capacity like that, even this huge Harley-Davidson tourer is no problem at all. Smaller bikes don't even need anything so robust. Something like a wheelchair lift for a van could be modified to work. Yet I still see everyone either using ramps to teeter-totter their bikes and themselves into the back of a truck or using a low-slung ramp trailer to avoid this problem.

Pickup truck manufacturers have already been using motorcycle co-branding for years. Why not take the next logical step and set up a Ford or GMC Harley-Davidson Edition truck with a lift to bring the bike along for the ride? It wouldn't be an obnoxious overload of brand engineering, but a genuinely useful accessory to our motorcycle lifestyle.