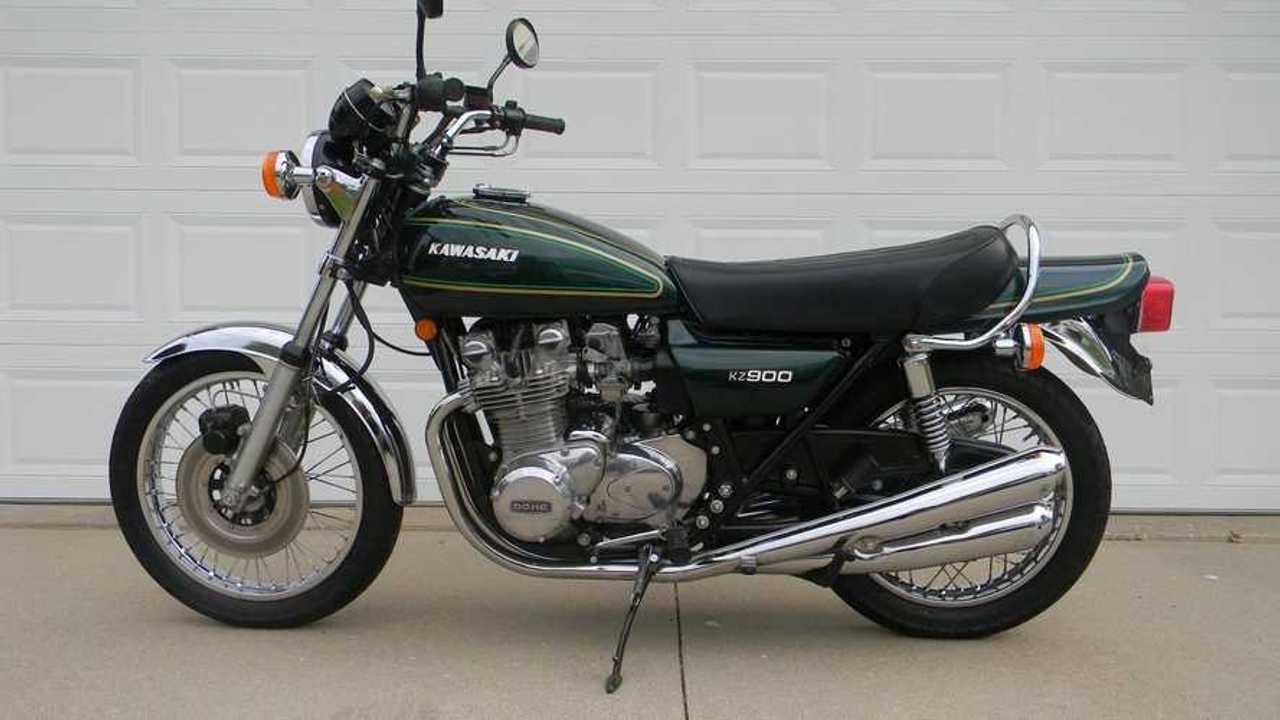 It bridged the gap between two iconic models, the Z1 and the KZ1000.

In the late 1960s, a Japanese motorcycle manufacturer was working on a skunkworks project intended to turn the motorcycle market on its head: a four-stroke, four-cylinder, large displacement engine more powerful than anything the world had ever seen.

Then the Honda CB750 came out.

Kawasaki's own project, codenamed "New York Steak," got completely upstaged by Honda beating it to the punch. This was Kawasaki's first four-stroke engine project, which likely contributed to delays that let the Honda come out first. Work stopped temporarily but resumed in 1970 with the intention of one-upping Honda. The result would be the 1973 Z1, with an even bigger 903cc engine than the Honda that stole the title of the largest, most powerful motorcycle ever made. The Z1 lasted for three years, then underwent several changes for including a new name, the KZ900. Even this bike was just a placeholder for the Z1's intended replacement, the legendary KZ1000.

This particular bike, currently for sale on Bring a Trailer, is an excellent example of this in-between model that bridged the gap between the Z1 and KZ1000. It appears to be mostly original, with only 4,380 miles showing on the odometer. Its condition reflects this, in excellent but not quite perfect condition, with minor corrosion visible on parts of the frame and the back wheel. The exhaust also shows signs of minor damage and leaks. You have to look closely to notice these imperfections.

The bike has a single front disc brake, with a drum in the back. Dual front discs were a US option and standard equipment elsewhere in the world, similarly to the CB750. Its speedometer reads up to 160 mph, but its 82 horsepower would "only" propel it to about 120. The carburetors were just ultrasonically cleaned, which should ease the minds of potential buyers. The KZ900 switched to 26mm Mikuni carbs from the Z1's 28mm units, and the adjusters for synchronizing were hidden. Someone else has already taken care of that potential headache for you. It also has fresh oil, a one-year-old battery, and an immaculate reproduction seat.

5 Cool Things To Know About The Kawasaki GPZ900R, The Top Gun Bike
⠀

Would You Roll On A 1970s Kawasaki H2 With Original Tires?