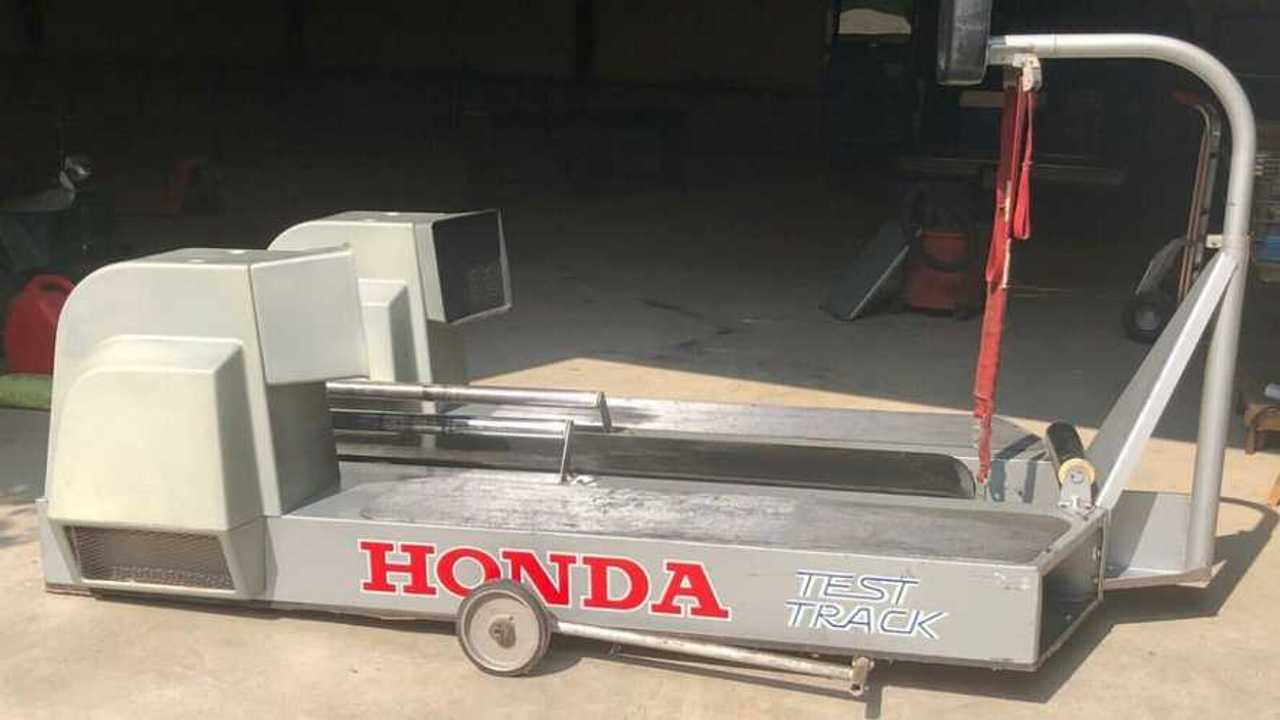 This could make for a nice collector’s piece in your garage.

It can be argued that the 1970s were some of the best years for performance motorcycles. With the dawn of performance bikes like the Honda CB750 Four, as well as other performance machines from a variety of manufacturers, the motorcycles of today wouldn’t be what they are if not for the massive innovations of that era.

In order to roll out such monumental innovations at the time, we can only imagine the intense level of research and development that went into producing these motorcycles. A prime example of which would be this Honda Test Track from the 1970s which has been listed for sale on eBay. Featuring a drive belt and a pair of cooling fans, the Test Track was likely used by dealers and tuners in optimizing the performance of various Honda bikes of that era.

Similar to a modern-day dyno machine, the Test Track features a drive belt instead of rollers, and a pair of fans which are driven by the belt. It can be inferred that the Test Track would then be hooked up to various sensors which could read the power output and torque figures of the bikes being tested. Perhaps, the drive belt was also configurable to simulate various road conditions.

According to the seller, the Honda Test Track has remained in storage for the past 30 years. The person he acquired it from had it for another 10 years. So, chances are this Test Track is no longer in working order after being decommissioned 40 years ago. However, for classic motorcycle enthusiasts and collectors, the Honda Test Track could make for an impressive period-correct collectors piece to add to their collection. Listed for $2,750, be sure to check out the original listing, if this collector’s piece interests you.