Just because the roads are empty doesn't mean you should set any speed records.

One unintentional side effect of Covid-19 is that with so many workers staying home, the roads have been exceptionally clear of traffic. This has led to some people taking the opportunity to set new speed records, both figuratively and literally. This is not a great idea.

I have nothing against enjoying a little speed. I do it myself. I understand the temptation to twist the grip a bit more when, instead of a wall of traffic, there's an empty road ahead of you. Some people are taking this way too far, though. One rider in San Antonio, Texas was clocked at 120 mph before crashing against a curb. Lakewood, Colorado cops clocked a motorcycle going 168. Police in Sandy Springs, Georgia, didn't even bother chasing a bike going 173 because they knew they'd never catch it.

Things That Make You Go Hmm: 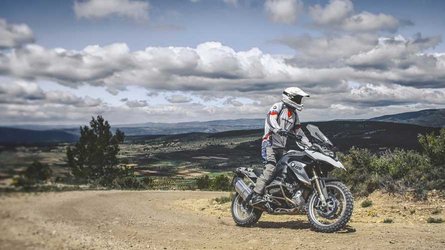 Weekend WTF: To Ride Or Not To Ride? 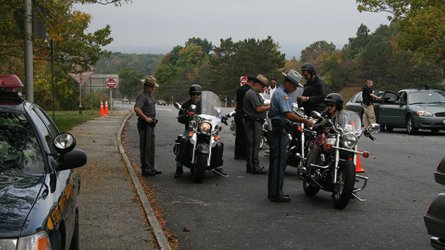 It's worth mentioning that this isn't strictly a motorcycle problem. Cars are speeding too. In fact, a team set a new Cannonball record, driving from New York to Los Angeles in just 26 hours, 38 minutes. Many Cannonball enthusiasts have slammed the effort as dangerous and irresponsible, and that also applies to riders making similar high-speed runs. Just because it's possible to achieve such speeds on today's open roads doesn't mean you should.

Traffic or no traffic, one small mistake at such speeds can turn into a nasty crash before you can blink. On a track, there are safety precautions and personnel to going fast as relatively safe as possible. The street is not a controlled environment like a track. There may not be any runoff area. Other people may not be paying attention. Paramedics aren't already on the scene to respond to a crash even before the dust settles.

Then there's the state of hospitals these days. With a pandemic in full force, you don't want to risk going inside a hospital with possibly infected patients unless you absolutely have to. There's also the fact that you'll be one more patient for them to worry about when they may already be overworked, needlessly adding an extra burden to the medical system. Believe me, both of these factors were at the top of my mind when I broke my foot.

On top of all that, the roads aren't really that much safer right now. According to the Massachusetts Department of Transportation, traffic was down to 50 percent of normal in April 2020, but the death rate doubled. This is a more dramatic way of saying that although there was half the traffic, there was no change in the overall death rate. So, no, in fact, the roads are not safer with fewer people on them, contrary to popular belief.

Normally I'd just say "take it to the track" and leave it at that, but I know that's not an option right now. I understand the temptation to let 'er rip. It's not worth the risk, though, particularly with the chance of that hospital trip getting you sick—If you even make it that far. Hang in there. It'll all be better soon.