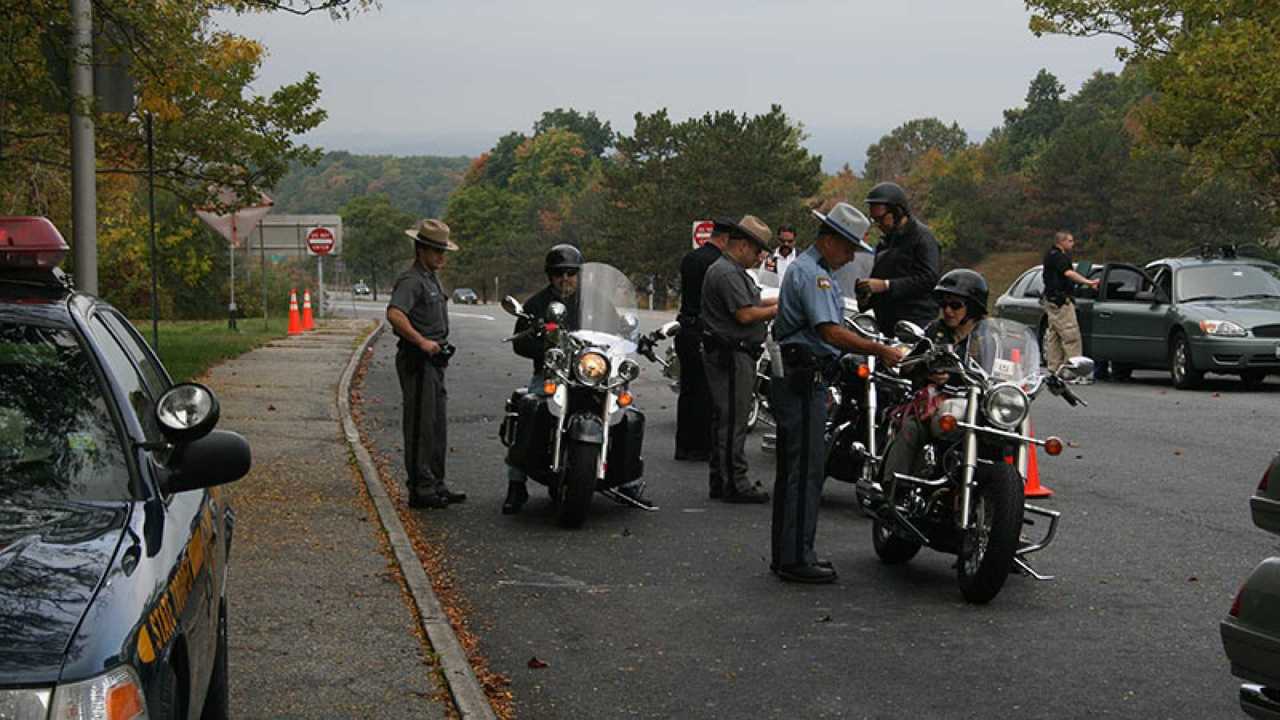 There's a patchwork of state laws that is about as clear as mud.

Although powersports dealers are now considered "essential businesses" by the federal government, whether you can legally ride a motorcycle or not is about as clear as mud. Different states have different provisions in their stay-at-home and shelter-in-place orders, some of which contradict themselves. What do you do if your registration expires and you can't renew it? These are some of the questions that are baffling riders these days.

We won't be going into the ethical questions of whether you should ride or not. We already covered that. We're just going to focus on some of the legal questions here. Also, I'm not a lawyer, nor have I ever played one on TV. Also also, if you're sick, don't go out riding.

Weekend WTF: To Ride Or Not To Ride?

First, there's the question of essential travel. As motorcyclists, of course, we would all agree that it is absolutely essential to ride hundreds of miles to get ice cream, a burger, or something, then head home. These days that's just not a good idea, and the law might not like that. Regarding Michigan's stay-at-home order, Governor Gretchen Whitmer told Wood TV8, "We recommend that you get outside and walk your dog, but jumping on a motorcycle and traveling is not permitted under this order."

However, according to Grewal Law, that is not actually the case. While the Michigan order, like most states, restricts travel to only that which is essential, the law itself does not single out motorcycles for exclusion. That 200-mile ice cream run would technically be illegal, but taking your bike to the grocery store, or to your job if you're an essential worker, would be no different than taking your car from a legal standpoint. That doesn't mean you might not get stopped anyway, though, or that a police officer misunderstanding the law wouldn't try to cite you anyway.

Another issue is that the state agencies responsible for processing driver's licenses and registrations are either closed or running extremely restricted hours. This makes it difficult for you to actually renew your license or registration, even if you haven't waited until the day before they expire to do so.

The good news is that state governments are being quite reasonable about this. In my home of New Hampshire, for example, they've closed all but 10 DMV offices, and you need to make an appointment for transactions. When I applied for a temporary handicap parking placard thanks to my broken foot, they had me put my paperwork in an envelope and leave it in a dropbox. They processed it quickly. They had it ready for me right when I got home.

There Is No Easy Answer

In the absence of any federal regulations, each state is free to set its own standards for staying at home, so check the laws where you live if you plan to hit the road on two wheels. While I would recommend sticking close to home, if you plan to cross any state lines check the laws for that state as well. Just because one state says you're legal to ride doesn't necessarily mean a neighboring state will agree.