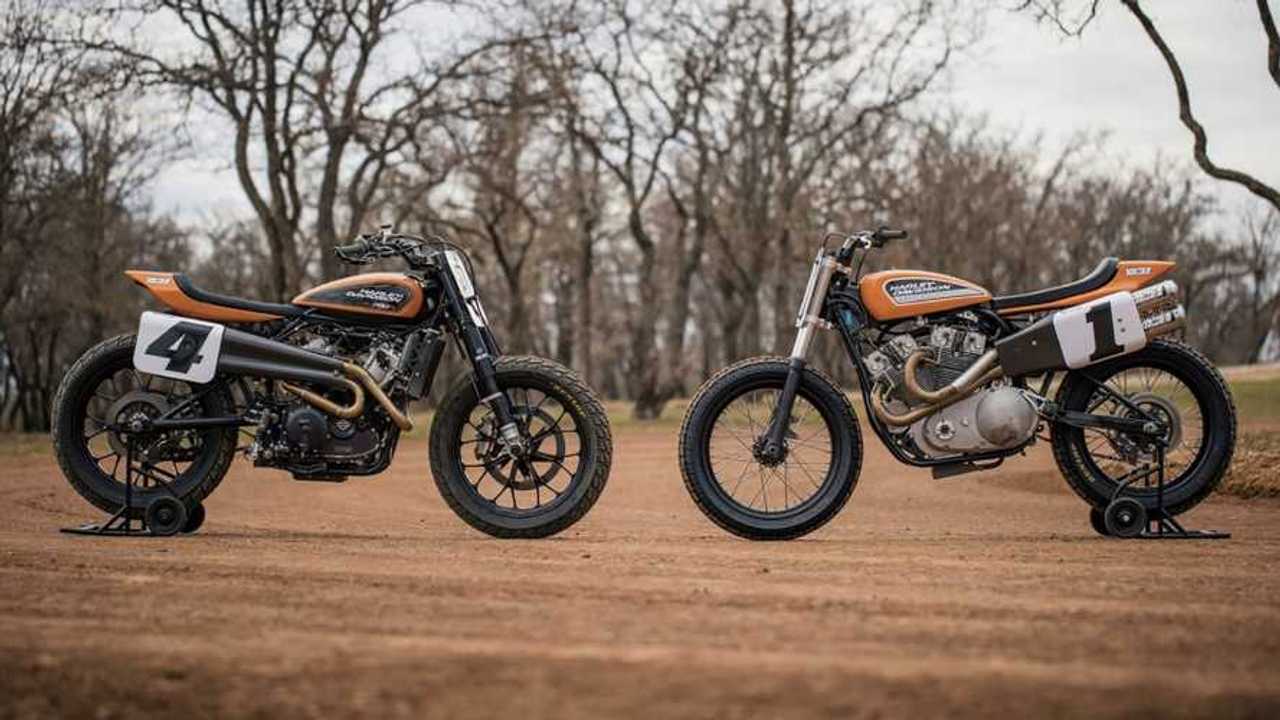 The American Flat Track (AFT) 2020 season is set to open on March 14 at the Daytona TT. All the big names are back, with Kawasaki, Yamaha, and Harley-Davidson going after Indian’s crown. (They come at the king, they best not miss -JM.) Harley-Davidson could be extra motivated to do so this year as the company celebrates the 50th anniversary of its famed flat track racer, the XR750.

In 1970, Harley-Davidson upped its dirt racing game with the introduction of the new XR750 flat tracker. If some of you ever wondered if there’s ever been a “cool Harley”, the XR would be it (in yours truly’s humble opinion).

The XR replaced the outgoing KR and had some big wheels to fill. The swap turned out to be a huge success and The XR rapidly became the equivalent of that one kid in your class who could (successfully) perform skateboard tricks. It started winning races, it started doing stunts. It became Harley’s skateboard-riding cool kid.

Consider this: back in the day, the XR750 was Evel Knievel’s weapon of choice and he completed some of its most famous stunts on it through the 70s. The model also dominated the dirt oval between 1972 and 2008 with 28 victories out of 37 AMA Grand National Championship seasons. According to Harley, the XR is described as the “most successful race bike of all time.” It’s no wonder the company introduced the road-legal XR1200 in 2008 to ride the wave. The model was sadly short-lived and the XR750 was eventually replaced in 2016 by the thoroughly updated XG750.

Now I’ve said this before and I’ll gladly say it again: Harley should bring back the XR1200, especially now that it has the Indian FTR1200 to measure up to. I wrote a full opinion piece on the matter after spotting one at a dealer a few months back.

Harley says its factory crew will continue the XR’s legacy on the dirt track for the 2020 season but that legacy shouldn’t be limited to the track, it should also hit the streets. The market might not have been ready for it back in 2013 but with a new streetfighter platform coming up, I think the company has the right tools to make the XR work. It could even be a 975cc rather than a 1200, I wouldn’t be mad.

So, Harley, when are you bringing the XR back?