Matt Chambers Of Curtiss Motorcycles On Bikes And Sustainability 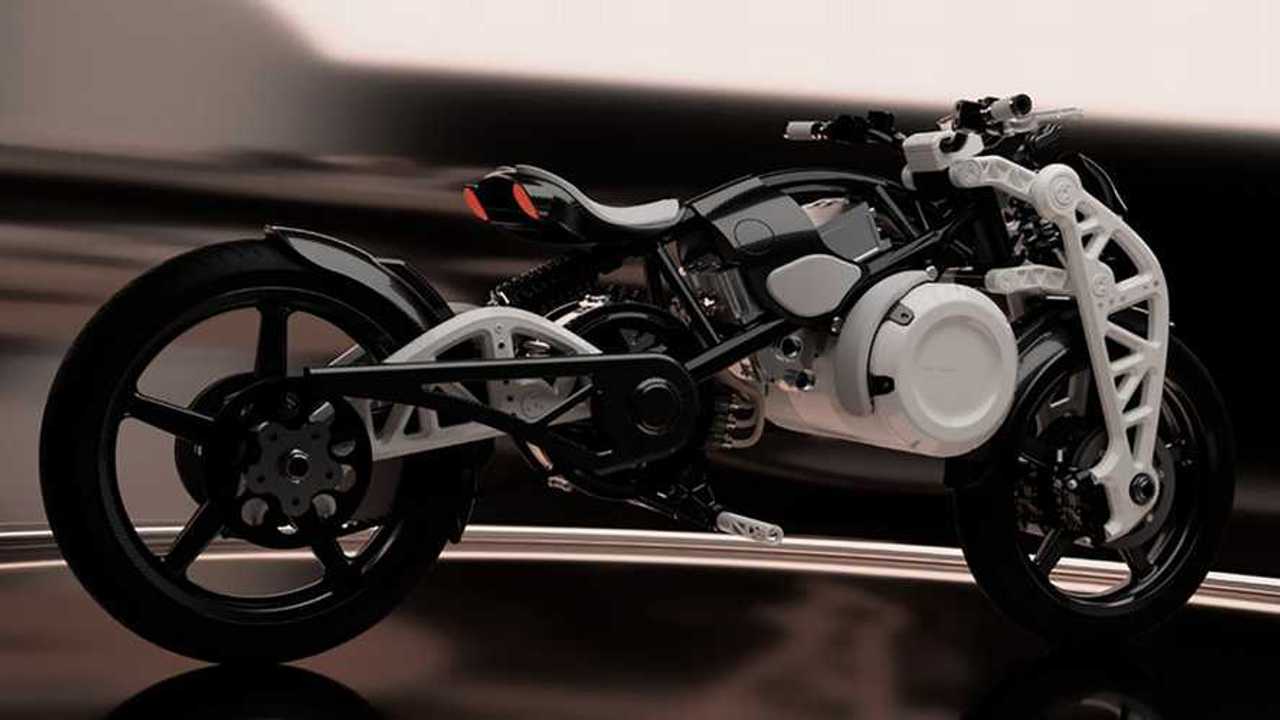 More than meets the eye.

Curtiss Motorcycles has been making the news for the past two years. Founded as Confederate Motorcycles in 1991, the company changed its name and went all electric in 2018. Curtiss Motorcycles has since launched several prototypes and concepts, named after the Greek pantheon—an homage to Glenn Curtiss and his first bike, the Hercules, the man who inspired Curtiss’ rebranding. So far, we have been introduced to the Zeus, the Hera, the Hades, and the Psyche so far. What’s next for Curtiss?

If, like me, you’ve been trying to keep up with all the new ideas the company has been throwing at us, you’ll agree that it’s been a little hard to follow. I made a comment to that effect in a previous article and CEO Matt Chambers himself reached out and offered we have a talk. I was genuinely curious to discuss the company’s intentions and hoped I could shed some light on what's going on behind the scenes, so I took him up on his offer.

We spent over an hour chatting on the phone and it turns out that there’s more than meets the eye here. Chambers, the founder of a company that made big, dirty, V-twin monsters is, in fact, an environmentally aware and ambitious boss with an admittedly fresh take on what an electric motorcycle should be.

The Switch From V-Twins To Electric Powertrains Explained

When the company that focused on building luxurious, brawny, fighter plane-inspired V-twin motorcycles for over 20 years announced it was going full electric, it was a surprising 180 to say the least. So, what exactly prompted the drastic change of corporate mentality? Simply put: the V-twin had run its course for Curtiss.

The Warhawk is the last internal combustion engine produced under the Curtiss banner.

Chambers explains that the V-twin models performed very well for them but they eventually hit a wall. In his words, “we had done everything we could with a V-twin. There was nowhere to go from there.” The team had gone bigger, better, brawnier for over two decades but the concept had become stagnant. “Confederate wasn’t a brand for innovation.”

Chambers says that the only true innovation they had left to explore was the addition of a supercharger. The problem with that solution is that it would also take a toll on the bike which wasn’t something they were willing to risk. So the team started to consider other options, including electric powertrains. Chambers says that that’s when the lightning bolt struck, so to speak.

Chambers and his team realized all the possibilities electric motorcycles had to offer. Working on an electric model would allow them to design a slimmer motorcycle with new, more pleasing proportions, wrapped up in a user-friendly package that would provide a more enjoyable riding experience.

Chambers is adamant: Confederate Motorcycle is the past, Curtiss is the present and the future. He seems to look at the two companies as separate entities.

What Inspired The Designs?

I’ve said this in the past but whether you love or hate how the Zeus or the Hades look, you have to admit that the designs are unique and immediately recognizableIf you see a Curtiss, you instantly know it’s a Curtiss without even looking at the badge. Of course, I had to ask Chambers what inspires these dramatic silhouettes. I mean, the first version of the Hades looked like a handgun.

This is the first version of the Hades. Do you see what I see?

The most recent Curtiss designs are the work of designer Jordan Cornille. Chambers says that Jordan is “the smartest designer when it comes to understanding the way the motorcycle works.” Instead of compiling data, taking out the measuring tape, and coming up with something he thinks buyers want, he instead develops designs he thinks people don’t know they want yet.

Chambers mentions the Confederate Hellcat as an example and explains how the company designed the muscle bobber differently, with more negative space and a floating saddle detached from the rear fender. He says that the trend eventually spread out and that everyone eventually started using the floating saddle look.

Curtiss is pretty much trying to outsmart us, which sounds a bit cocky but is actually pretty clever. Trying to stay one step ahead is a good way to keep people interested and curious and above all, to keep them talking.

Cornille’s designs evolved and thrived over the years. By removing the ICE element, his designs didn’t have to fit in a mold and serve a specific purpose anymore. His vision was allowed to go beyond what Chambers refers to as the “claustrophobic world of design.”

What Will It Take For The Electric Motorcycle Industry To Thrive?

That’s where things get even more interesting. Chambers wants customers to buy a Curtiss and never need to buy another motorcycle. I have yet to hear of another company that wants to sell a single bike to a client.

Chambers says that his plan is to make Curtiss a sustainable legacy brand. What he means by that is that unlike most companies nowadays, he wants his customers to buy a Curtiss motorcycle in their 20s and never have to buy another bike. The clients would keep the same bike for the rest of their lives and maybe even pass it down to their children and grandchildren.

That’s why the company is working on what it considers to be more timeless designs that will continue to look good 10, 50, 80 years down the road. He uses the Porsche 911 as an example of a classic, timeless design that continues to stand the test of time.

He also says that there is no planned obsolescence with a Curtiss motorcycle. On the contrary, he wants his customers to be able to upgrade their bike with the latest technology. The company aims to eventually develop new technologies and batteries that will be compatible with older models so that the bikes will never truly show their age.

The emission-free powertrain shouldn’t be the only low-environmental impact feature on an electric motorcycle—the bike itself and the company’s strategy should respect what the powertrain preaches. What’s the point of designing an electric motorcycle people will want to change every few years? No, Chambers believes that making the bike timeless and easily upgradable is the key to a smaller environmental footprint.

He’s not looking to make a quick buck by having people buy motorcycles every few years, he is banking on profits in the long run based on brand loyalty instead.

What’s Next For Curtiss?

The team is currently working on the final development of the Hades. Chambers says they already have 18 pre-orders on the model and deliveries are expected to begin in the late Spring of 2020. He mentions that the Hercules is expected to follow in the next three years or so—that’s one we have yet to learn more about. As the lineup expands, he is hoping to integrate other aspects of his customers’ lives.

The Zeus was the company's first electric bike concept.

For instance, he would like to develop a full Curtiss experience for his clients traveling abroad. Owners would be able to have access to Curtiss bikes at their destination and would have access to a dedicated service that would help them with lodging, tourism advice, guided tours, etc.

He would also like to contribute to the development of the charging station network by creating “charging cafés”, strategically located hubs that would allow owners to take a break, charge their motorcycles, meet other riders, and enjoy coffee and locally-sourced products from clean food, wine, and coffee suppliers. A sort of sustainable rest area if you will!

Ultimately, for Matt Chambers and Curtiss Motorcycle, going electric goes way beyond a simple powertrain. They want to instill healthy consuming habits and make their clients part of their family. There’s something beautiful about that mentality and definitely not one I expected to discuss with a small team based out of Louisiana. When people challenge your opinion, it’s good to listen to what they have to say.

After publishing this article, it was brought to our attention that Confederate Motorcycles has started production again under new ownership, without any affiliation with Curtiss.