That Time Someone Made A Ferrari Motorcycle 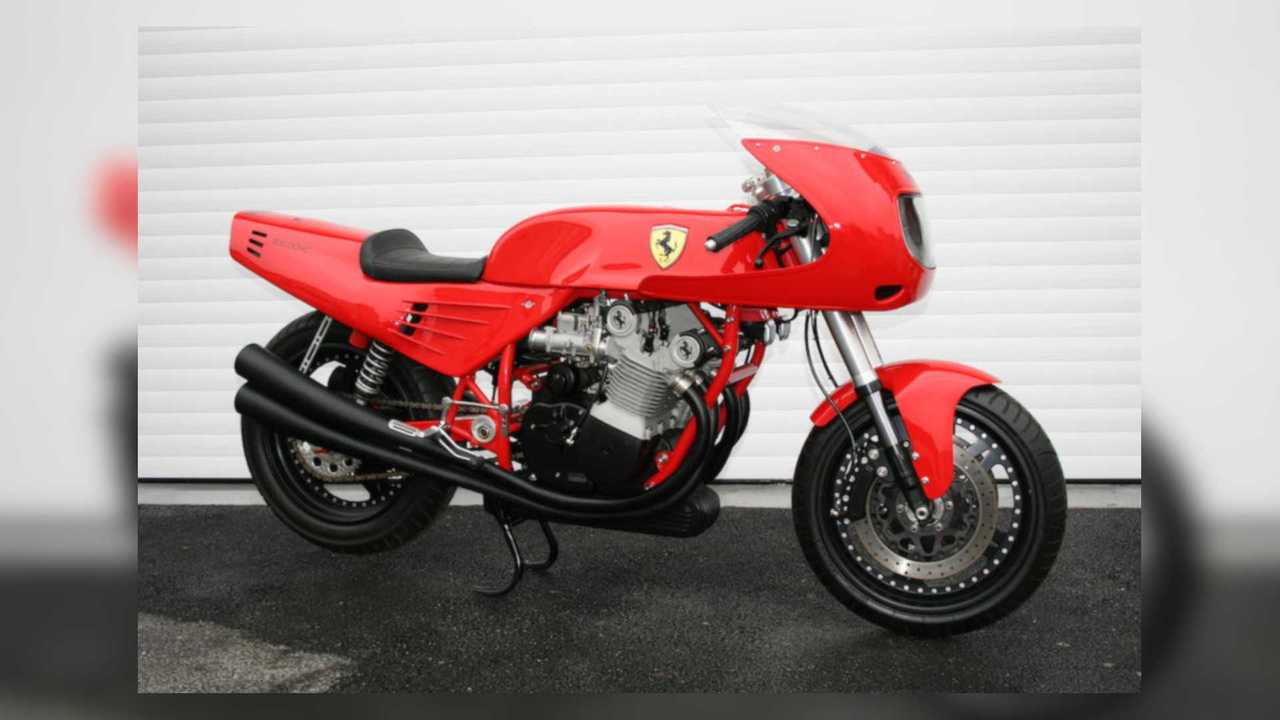 There can be only one.

As a certain advertising jingle goes, every kiss probably begins with a certain letter. However, more importantly for motorcycle enthusiasts, so does the name of the creator of every single Ferrari motorcycle currently in existence. You see, the ‘90s were a wild time in motorcycling, and that decade brought the world the one and only Ferrari-badged motorcycle ever made. The man behind it all? David Kay, of David Kay Engineering.

It's That Time Again:

After seeking and receiving the express written permission of Piero Ferrari (son of Enzo Ferrari) to place a Ferrari badge on the one-off bike he sought to build, Kay went to work. The bike was meant as a tribute to Enzo, from start to finish. This one-of-a-kind piece of art has gone up for auction a couple of times in the intervening years, and the original letter was included with documentation if you were the lucky auction winner.

Kay retired in 2005, but was and is still a well-known MV Agusta expert. Kay’s family business, MV Meccanica Verghera, specializes in classic MVs and other Italian motorcycles pre-1998. With a knowledge and enthusiasm that only a life spent working with classic Italian bikes can foster, Kay built a 900cc transverse DOHC four-cylinder engine from scratch. All-aluminum bodywork and those reverse-cone megaphone exhaust cans were built by Terry Hall.

Front USD forks built by Forcelle Italia, 17-inch hand-spun Astralite wheels, and Brembo disc brakes front and rear were all part of the package. According to the Bonhams listing from 2008, it weighs just 172kg (or 379 pounds). Estimated top speed is 265kmh (or just under 165mph). When new, it reportedly produced 105bhp at 8,800rpm. Since it’s a one-off collector’s art piece, though, the bike has never been put through its paces.

Four years later, in 2012, it again crossed the auction block. This time, the one and only Ferrari 900cc sold for £85,500, or US $110,481, including the premium. According to Pirelli, in between those two auctions, it was listed on eBay for £250,000, but also did not sell at that price. In 2014, Ferrari officially stated at that year’s Paris Motor Show that it had no intentions whatsoever of building a production motorcycle of any kind, either at present or in the foreseeable future.