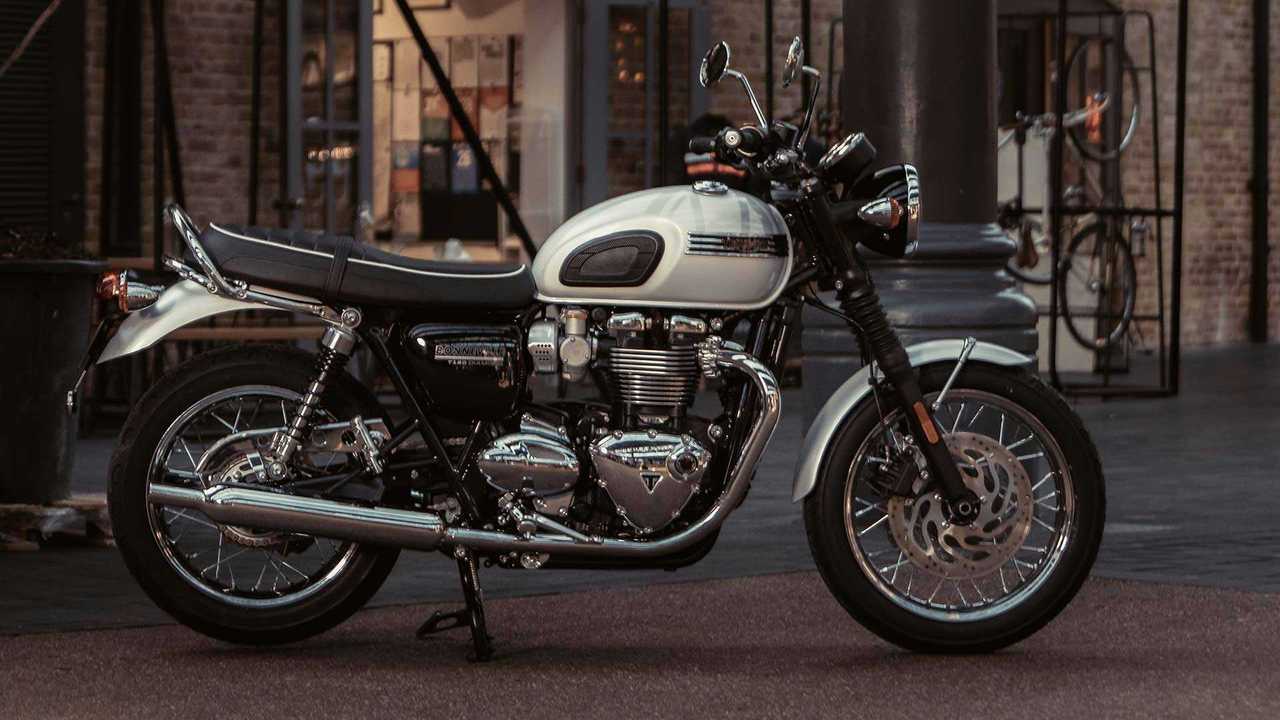 It's a bonny bike, indeed.

In 1959, Triumph introduced the Bonneville to the world.  Back then, multiple world speed record holder Johnny Allen, of Fort Worth, Texas, had already been blowing minds at the Bonneville Salt Flats with his Triumph-engined Texas Ceegar. The naming of this new model, aimed primarily at Americans, was clearly a no-brainer.

However, choosing the name might have been the easiest thing about the Bonneville’s birth. The very first bike to bear the Bonnie name was the 1959 T120 Bonneville 650. As moto historian Ian Falloon relates in some detail in his exhaustive book, The Complete History of Classic and Modern Triumph Motorcycles 1937-Today, that first one was basically a modified T110 Tiger.

Americans, Falloon wrote, had been all but clamoring for a twin-carburetor 650 bike from Triumph. At the time, Triumph head Edward Turner reluctantly tested some high-performance mods on the existing T110, but a) was concerned that the existing crank structure was too fragile to handle those mods, and b) thought the whole project would send Triumph into bankruptcy.

Still, Turner soldiered on, despite his doubts and any personal feelings on the matter. As a result, the production version featured upgrades in the form of a forged one-piece crankshaft (the T110’s had been a structurally weaker three-piece unit), bolted flywheel, new pistons, and those beautiful new twin carbs.

Initially offered in Tangerine, American customers at the time hated that color and left them languishing on showroom floors. In fact, many were still available for purchase as new bikes for 1960. As a result, that color was quickly phased out in favor of a Royal Blue that was regarded as more appropriate for the time. As Falloon writes, those 1959 Tangerine ones later became highly sought-after, despite the initial ugly duckling factor.

It’s funny to think that if things had gone just slightly differently in any way back at the beginning, we might not have sixty years of model history to wrap our minds around today.  Back then, Turner was way more into the idea of Triumph scooters to challenge Vespa and Lambretta. Those, uh, didn’t exactly work out as he’d hoped for the company.

Today, “Triumph” and “Bonneville” are inextricably linked, and even if you think there are far too many versions of the Bonnie, there are a lot worse problems for a motorcycle fan to have.