Ask RideApart: I Cross-Threaded A Spark Plug. Am I Screwed? 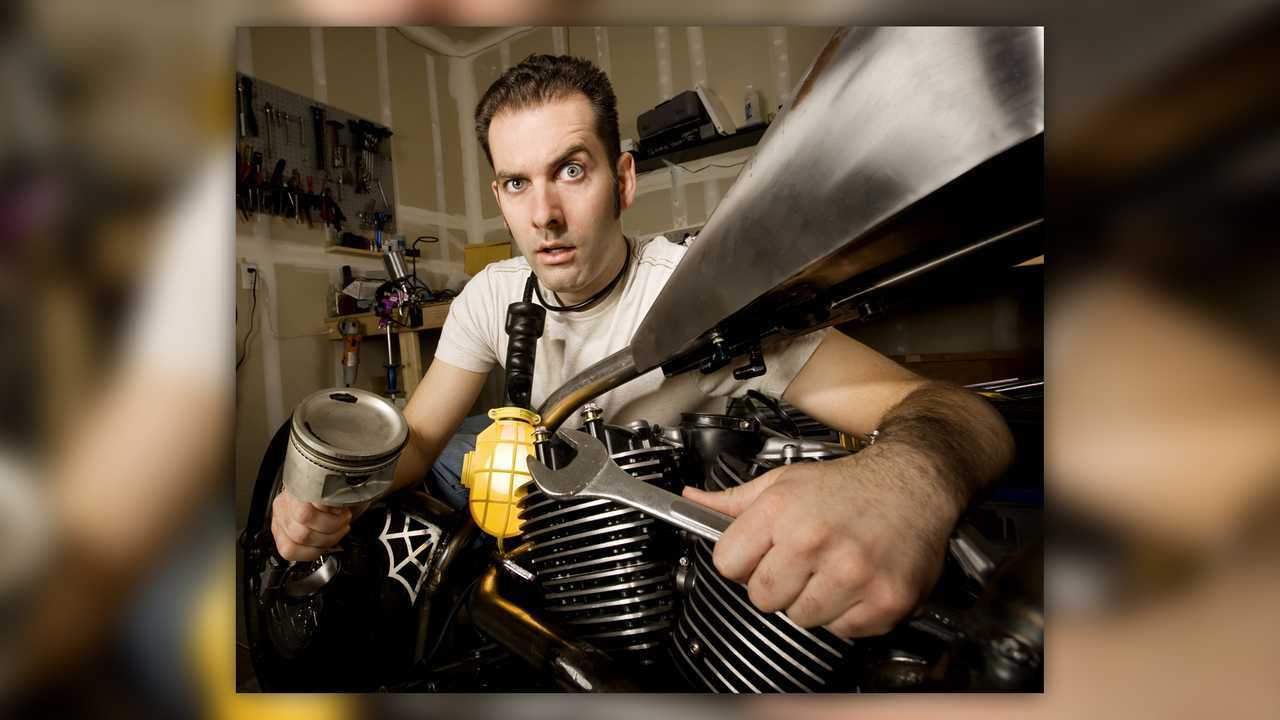 I was recently performing some maintenance on my bike when, due to some inattention, I cross-threaded one of the spark plugs. I was told that the right way to fix this is to remove the head and run a tap through the hole or I could use a Helicoil. One sounds expensive and the other sounds like a pain. Is there a cheaper, easier, more DIY-friendly solution? Some tool I can use at home without removing the head to fix this problem, or am I totally screwed?

Ask RideApart: Is Exhaust Back Pressure A Thing?

Ask RideApart: What Is The Model T Of Motorcycles?

Ugh, what a nightmare. Cross-threading a spark plug has always been one of my top-three bike maintenance nightmares, right up there with dropping a bike off a lift and ever having to do any kind of work on a first-generation Gold Wing. Whoever told you that the best and correct way to fix a cross-threaded spark plug hole is to remove the head and run a tap or thread chaser through it was right. Whoever suggested that Helicoils were a pain was also right. There is, however, a cheaper and easier alternative to pulling the head. It's called a back tap and it works wonders.

Y voila, the answer to your prayers. Probably.

See, recently I cross-threaded a spark plug—the first time in 20 years of riding and wrenching—on my CB450K4. I was both mortified and heartbroken. Mortified because I damn well know better and heartbroken because I've already put so many hours into the old Honda and it runs like a champ, so the thought of having to pull the engine (which you need to do to get the head off) just sickened me. So, after sitting on a stool and staring at the bike for a while, I took to the Internet to see if there was a way I could fix this without ten more hours of work. The Internet coughed up the back tap.

A back tap is a hollow length of steel with a rod running through it. One end is threaded and can expand thanks to a retractable/extendable plunger. The other end has a knurled adjustment knob. Back taps come in numerous sizes from a bunch of different companies (I bought a 14mm Powerbuilt version off Amazon for around $40 bucks) both online and IRL, as the youths say.

To use it, you simply push the plunger out to make the threaded end as small as possible, grease it up really well, and insert the threaded end into the hole (after you make sure your piston is at the bottom of its travel, of course). Then, you turn the knob to retract the plunger which spreads the threaded end out. Retract the plunger until the tap just fits and is in the thread correctly. Then slowly and carefully, with a wrench or ratchet, back the tap out of the hole. Once it's out you clean the tap off really well, re-lube it, and repeat the process with the plunger retracted a little further. You do this until the plunger is fully retracted into the tool and the threads are at their maximum spread. If you're careful, and lucky, your threads will be fixed and clean in no time.

The back tap's biggest advantage over, say, a traditional thread chaser is that as you back it out of the hole you drag all those tiny bits of metal out with the grease. This sure beats threading a chaser into the hole and praying that the shavings stick to the tool instead of falling into the cylinder. I did maybe six passes with my back tap until the whole was cleaned up and I could thread a new spark plug in by hand. Not too shabby.

Now, I do have a couple caveats. My threads were mostly intact and the damage only extended about a third of the way down the threads. If yours are super chewed up, fully stripped out, or otherwise heavily damaged, a back tap may not be the right solution to your problem. In that case, you may have to pull the head and have the hole tapped by a professional. Also, if you don't know what you're doing you can damage your threads even further with a back tap. If you're confident in your wrenching skills, grab one and have at it. If you're not that confident, get a mechanically-inclined friend or hire a pro to do it for you.