Do the latest innovations in helmet safety actually protect our brains from the damage of a crash?

Plenty of riders claim that the element of danger is part of the attraction of riding. Whether or not that’s the case, surviving a crash without getting hurt is equally appealing. To that end, there is Kevlar everything, D3 enforced almost-everything, inflatable racing suits and body bag, and of course, head gear. Most recent systems mitigate the disastrous effects of “sudden-rotational-energy transfer” to the brain that can happen when we land head first, at an angle. 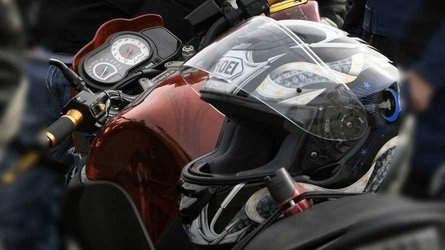 Ask RideApart: Can I Reuse My Helmet After A Fall? 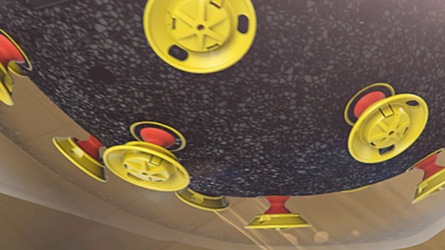 When you know that it’s not about if you’re going to crash, but rather about when and how badly, investing in the latest in protective technology, especially to preserve your head, should always rank high on the priority list.  Thing is, which technology is real, and which is just, well, more expensive? Does it really make a difference?

Snell, DOT and ECE test straight-on impacts which, although not pleasant, are not as dangerous as the types of impacts we are more likely to encounter in the real world. Cycle World sat down with MIPS (Multi-directional Impact Protection System) founder Hans von Holst and his business partner Peter Halldin, and according to them, “two-thirds of all motorcyclists […] who hit their heads in falls do so at some angle to the ground, not a perfectly straight vertical drop, potentially subjecting their brains, helmeted or not, to the same rotational motion trauma.” It is this version of an impact that causes the most serious, and often fatal, type of brain damage.

In order to “reduce that sudden-rotational-energy transfer to the brain and lessen the likelihood of the stretching, tearing, or twisting associated with concussion and other brain injuries”, the MIPS team has come up with an extra layer of protection inside the helmet to absorb and dissipate that force.

Sounds like an innovation that any helmet manufacturer would want to incorporate into their products, but it turns out that the motorcycle market has been the most resistant—especially the on-road sector. “If they take safety seriously, they should,” said MIPS co-owner Halldin to Cycle World. “Sometimes they don’t think consumers will pay anything extra for safety.”

MIPS is not alone in understanding and innovating to eliminate this more common type of head-on impact, it’s just that they are selling their patented product separately. 6D, which calls its patented proprietary technology the Omni-Directional Suspension (ODS), “allows for 6 degrees of free-motion displacement during an impact, regardless of your head shape, angle of impact, or how tight your helmet fits.” Unlike MIPS 6D bypassed selling their technology to manufacturers and instead chose to incorporate it into their own line of helmets.

Are either of these systems worth the extra bulk, weight and money? It’s not yet known but the equestrian, cycling, skiing, motocross, and flat-track racing markets seem to think so since they have embraced both MIPS and 6D technology more rapidly. Motorcycle road riders and racers have been the most reticent, and no wonder. The Switzerland-based Fédération Internationale de Motocyclisme (FIM) that makes the ultimate call on safety standards for MotoGP, Moto3, Moto2, and World Superbike (WSBK), does not endorse the technology.

In both cases, helmets with either systems are not much more expensive than the average (expensive) helmets, so why not increase your chances of emerging from a crash with all your senses intact?