This Is How Not To Tow A Motorcycle 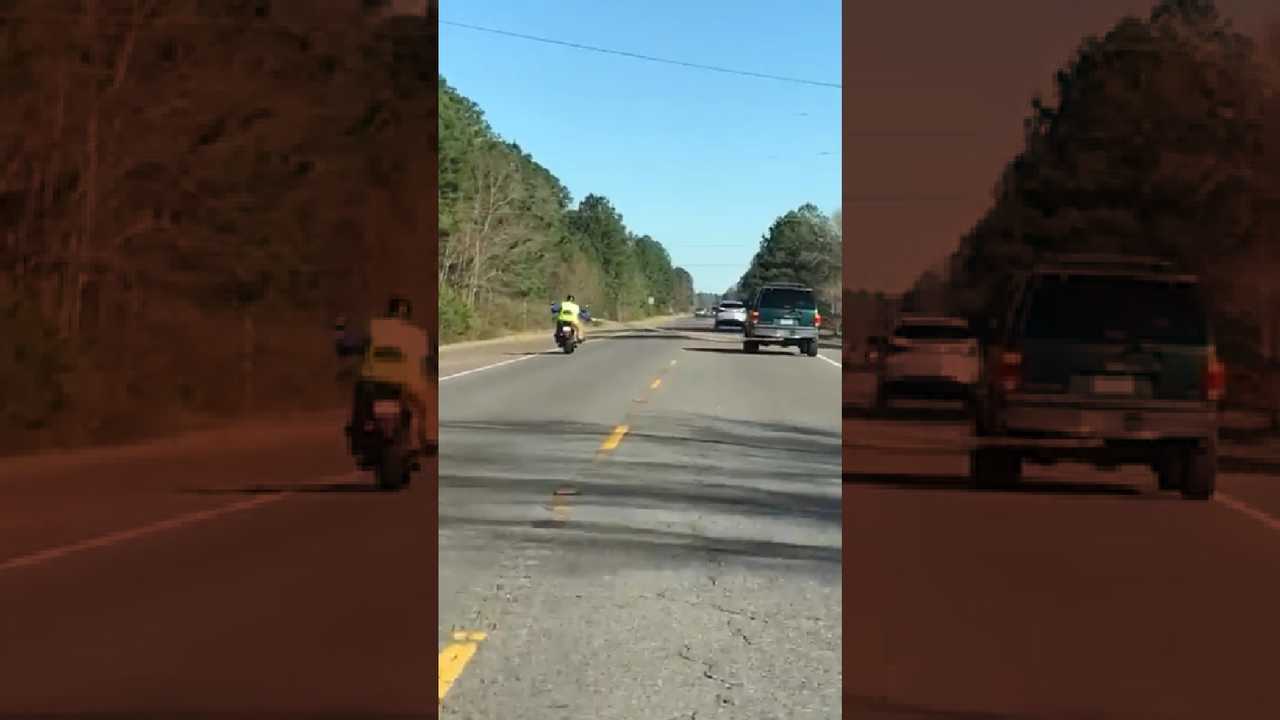 There are several ways to transport a motorcycle safely. This is not one of them.

Being a new rider can be intimidating. A motorcycle is much heavier than a bicycle, not to mention far more powerful, and the hand controls are completely different than a car. We understand that. One rider's idea of how to get a feel for the bike, however, was probably the worst idea for learning to ride ever.

Ask RideApart: What Should I Know About Riding Classes?

What You Need to Know as a New Rider

All we know about this video is what we see and the brief description: "I've never ridden before... better tow me..." We don't know if that's true, but what we do know is that an older Ford Explorer can be seen attempting to tow a motorcycle and rider. The word "attempting" is appropriate because the effort goes quite badly. The rider doesn't seem to be able to keep the bike in the right lane. This is pretty amazing, considering that 18-wheelers usually have no problem staying there. They are moving relatively slowly, seeing as how the Explorer's flashers are on and a car passes them at the beginning of the video. As an oncoming car approaches, the rider's attempts to return to the proper lane are thwarted (or possibly helped) when he drops the bike, which at least allows physics to return the bike to a more appropriate path.

Perhaps this wasn't a new rider, but instead, someone who ran out of gas or broke down. I remember seeing a Photogromer video where a Honda Grom rider pushed another with a blown engine down the road, but that's much different than the utter ineptitude seen here. There are many better ways to transport a disabled motorcycle. I once called my own personal roadside assistance in the form of my wife and our flatbed trailer to rescue me. A pickup truck with a ramp would've worked, too. If you don't have access to these, there's always AAA. There are many better ways to move a motorcycle. Don't do this. Just don't.