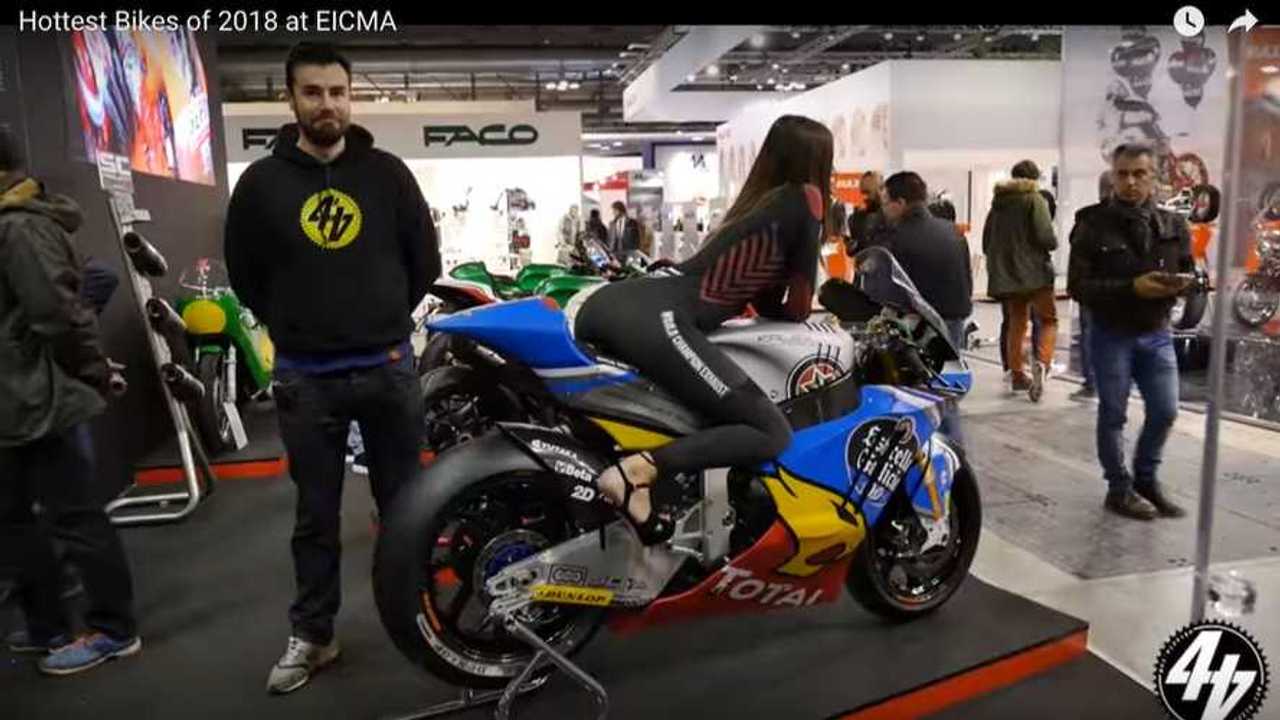 Why Booth Babes aren’t part of a successful sales strategy.

I was just doing my homework, watching video coverage of EICMA on the Tube, and there they were front and center: barely-dressed women on the bikes, men obviously ogling them or self-consciously trying to get footage of the features, without too much footage of the 'feet' (and other attributes) that were in the way. Having just finished covering the latest innovation by Livia Cevolini-led Energica and before heading to a strategy meeting with another industry superstar, seeing this representation of women didn't sit well.  Like, more than usual.

Thing is, women are champion sport bike and motocross racers, trials riders, successful independent retailers, global adventurers, daring activists, designers, technicians, engineers, marketers, your neighbor astronomer, teacher, gardener, mother, daughter, sister, aunt, the list could eat up the maximum word count. These are the women who ride, and these are the women who choose which bikes they will buy. Yet, this year’s most anticipated motorcycle trade show still featured women who clearly don't ride, indifferent and often uncomfortably perched atop the latest models.

In a marketing environment where branding is key, how does the merchandising of women fit into a forward-thinking strategy? Is it perhaps, time for a change?

Women are the fastest growing demographic in motorcycle sales.  Women are making more money and they’re spending it too—on big ticket, luxury items. Slowly but surely, motorcycle manufacturers have expanded their fleets to include a greater variety of sizes and displacements—an advancement toward inclusiveness that has benefited men as well. Additionally, gear retailers have managed to recover from the old “shrink it and pink it” approach to gender-specific product development. So why, when they get to a trade show do so many motorcycle manufacturers still display women alongside their bikes?  Don't the bikes sell themselves?  #itstimetoreconsider.

A quick check-in with a few industry insiders revealed a fairly consistent opinion on the matter. “The only bike babe on a bike in leather should be head to toe and trying to win races,” commented super bike racer, trials rider and professional stunt-woman, Amy Szoke. “I take the approach to be better, faster and more educated than your random dude in a booth at a motorcycle show because that’s the step we have to take in order for views to change.”

Husqvarna brand ambassador and champion motocross racer Kate McKerrol echoed this sentiment. Disappointed by the shortage of serious options for women to compete and earn sponsorships, McKerrol hopes that girls can see themselves as riders. She is dedicated to encouraging women—especially those who, like herself were short on role-models—to consider the sport by organizing events and staying true to their own personal brand.

This conversation deserves more attention, but while the images of this latest reminder are still fresh we're planting the seed.  In 2018, when women are running countries and corporations alongside their male peers, might it be wise to rethink this archaic (and completely unproven) sales strategy?

We look forward to your input.