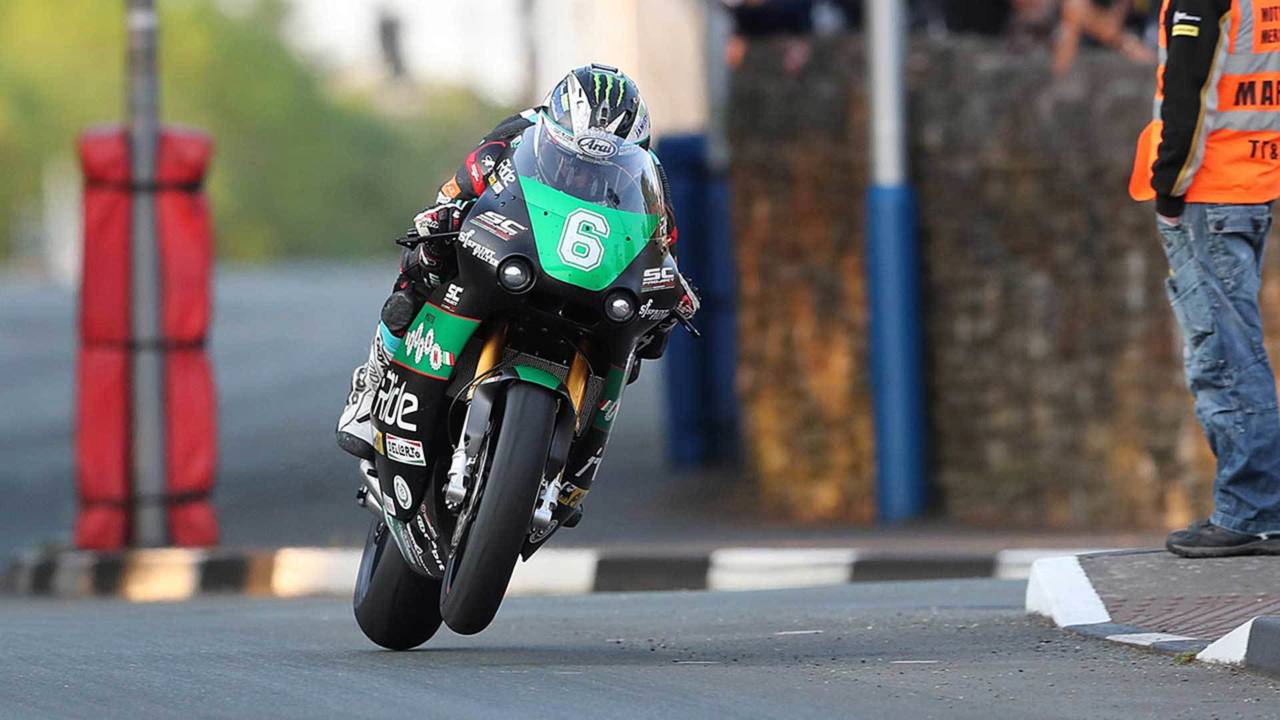 A German studio just released a short film about the Isle of Man TT and our Sophia has some strong opinions about it.

“No one chooses, one day, to have the ambition to go race the TT, it just happens.”

Studio Kippenberger’s motorcycle documentary about the Isle of Man TT is one of the latest to attempts to answer the age-old question: why are certain people drawn to what could kill them? In between high-speed motorcycle cam footage and interviews with the fresh, the favourites, the frightened and the philosophical, the film reiterates what seems obvious—the IOMTT is dangerous and scary, which might also be why they keep coming back.

Endorphins, dopamine, serotonin and oxytocin topped off with strong dose of adrenaline and healthy shot of cortisol—the hit-list of hormones that accompany joy mixed with fear; hormones that keep you going while simultaneously wearing you down. It’s why the body becomes addicted to whatever provides the rush. Because we’re thinking beings who like to talk about our feelings, we want to be able to explain the inexplicable, which is exactly what Kippenberger’s impressive and eclectic line-up of interviewees attempt to do.

Legendary TT champion John McGuiness, young survivor Tom McHale, freshman Adam Williams, veteran Ian Lougher and his wife, and long-time TT crew-member Asa Lougher offer a wider variety of perspectives, all discuss what makes this race so special. They do give us a lot to think about, but the cinematography keeps getting in the way. The artistic flipping between black and white to color, the extreme close-ups, the thoughtfully framed, obviously edited sequences that feature a delicate (?!) interplay between sound and silence, light and dark, young and old, confidence and fear are all so self-conscious.

CHECK OUT: Isle of Man TT: Dunlop Gets 17th Win, Hickman His First

There is a trajectory that the film somewhat follows—from romanticism to reality. John McGuiness, stoic at first, ends by admitting, “I’d wear pink knickers if it’d keep me safe.” The ever-enthusiastic Adam Williams, who can’t settle on a single theory, explains that, “No one chooses, one day, to have the ambition to go race the TT, it just happens”. He does this right after claiming that riders have free will to decide whether to race or not, and in the end reveals what is likely the most honest reason to risk everything for the thrill: “We’re all going to die, the difference is what we’re going to do before that.”

Isle of Man TT has a lot going for it—gorgeous, engaging footage from a multitude of angles and interesting opinions from a solid spectrum of participants, all wonderfully packaged with music. It’s a stylish and polished ode to a popular event that is almost as well known for its record-setting speeds as it is for its annual death toll. This may be exactly why it doesn’t work, because the Isle of Man TT doesn’t make sense. Like humans themselves, the actual IoMTT is not organized, edited, and easy-to-digest. Tt’s messy, dangerous, and contradictory, which is why we keep coming back for more.

That’s just my opinion. Spend the 20 minutes forming your own.