This week in motorcycle history, we dive into the history of motorcycle shaft drive.

Each week RideApart looks back at key milestones in motorcycle history from technical innovations to significant model introductions to racing successes and, of course, some of the disastrous things we’d rather forget. This week we dive into the history of shaft drive.

For most motorcycle enthusiasts when they hear of shaft drive they think of BMW, which has perfected the system for the past 90 years. But it’s a little known fact that the Germans were not the first company to design and equip motorcycles with this type of system.

Shaft drive has been part of motorcycle engineering since the very early days, as it offered relatively low-maintenance and reasonable durability. However, one of the disadvantages of shaft drive is that you need complex gearing to turn power from the engine 90 degrees from the shaft to the rear wheel and in the process you lose some engine power compared to a conventional chain driven motorcycle.

The first manufacturer to engineer and design a shaft drive system for a motorcycle do this was Belgian arms and munitions maker FN (Fabrique Nationale de Herstal) that diversified its business in the early 1900s to begin motorcycle production.

The FN Four was also a big commercial success for the company and it was produced for more than 20 years. At one time – between 1911 and 1912 – it was the fastest production motorcycle you could buy with a heady top speed of 40 mph. 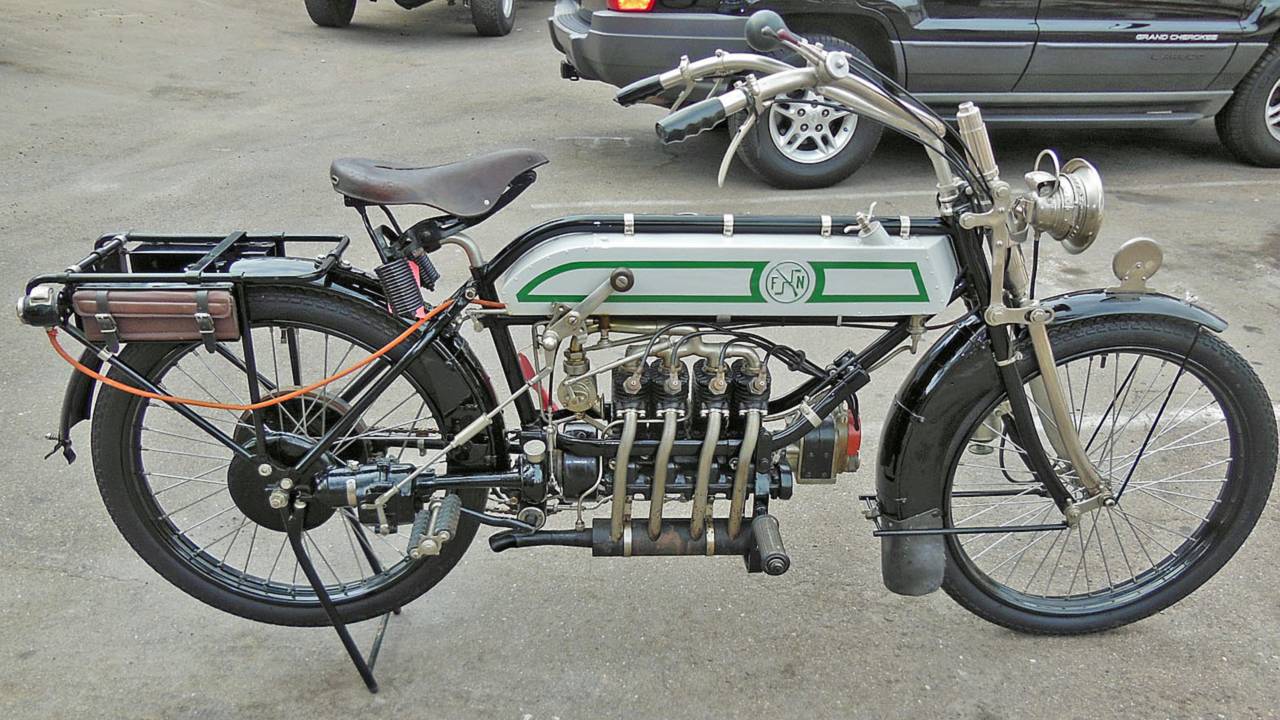 The FN Four was originally offered with a 350cc engine that grew in size to 750cc and it went from a two-speed transmission to a three speed in its final years of production.

However, what made the FN400 stand out was the fact it was the world’s first shaft driven motorcycle with a single shaft turned by a bevel gear. Up until 1913 – when the FN Four adopted a proper kick-start – the rider had to start the engine by using bicycle-style pedals with a chain drive and sprockets to the rear wheel.

A special U.S.-only version was introduced in 1908 called the FN Big Four with the 498cc engine developing 5 hp rather than 4.5 hp and the frame was reduced in size so the rider could put both feet on the ground.

In 1923, FN ceased production of the FN Four and coincidentally it was that same year that BMW introduced its first-ever shaft drive motorcycle the R32. As you would expect from BMW, the R32 was technically very advanced for its day. It had a wet-sump re-circulating oil system on its 486cc boxer engine and together with the transmission formed a single unit in the frame.

BMW’s decision to use shaft drive on the early R32 saw it develop the system to the high standard we know today and it wasn’t until 1994 with the launch of the BMW F650 that BMW also started production of chain driven motorcycles. 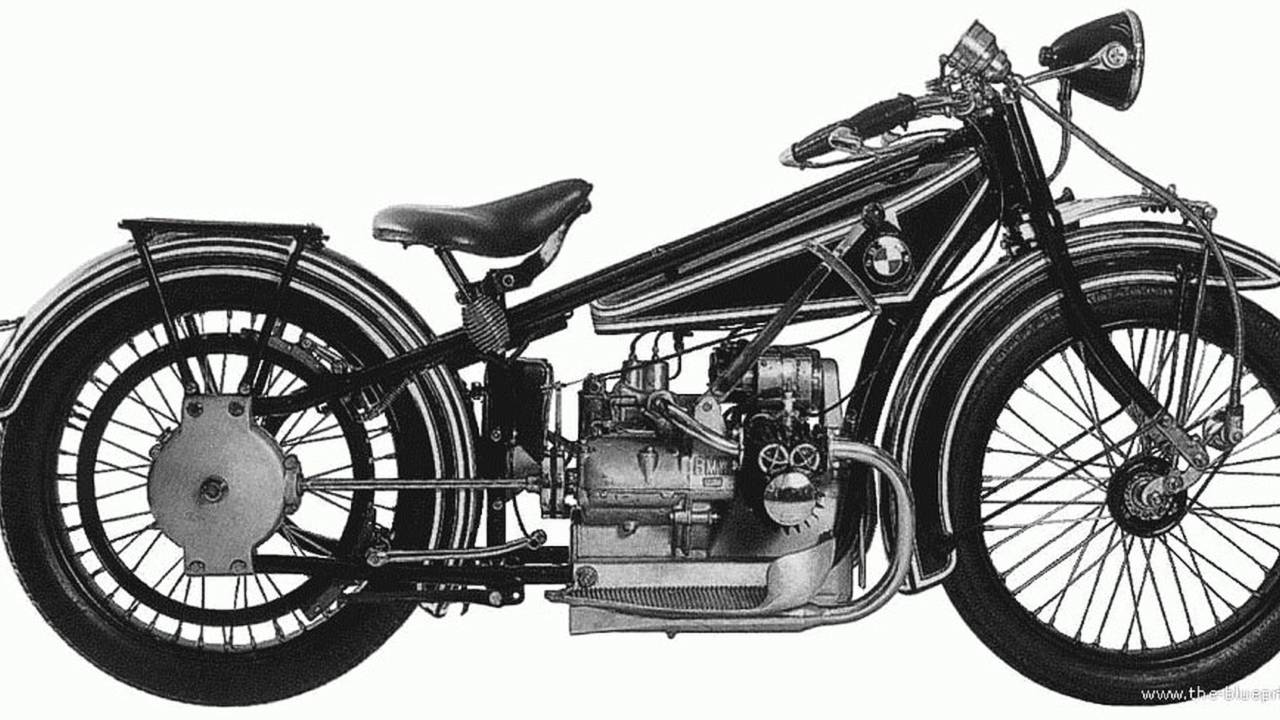 BMW maybe best know for shaft-driven motorcycles, but Moto Guzzi, Triumph, Yamaha, Suzuki, Kawasaki and Honda have also developed their own version of the system too for motorcycles.

However, the company that initially developed the shaft drive system for motorcycles, FN, is no longer around it went into liquidation in the 1960s. The firearms side of the business of FN is still happily in operation with head offices in Belgium and a manufacturing plant in Columbia, South Carolina that produces military weapons such as the M16 and M2 machine guns. FN also apparently supplies arms to more than 100 different countries armed forces worldwide.

What aspect of motorcycle history would you like us to cover next?