The Flawed Logic in Wearing Only a Helmet 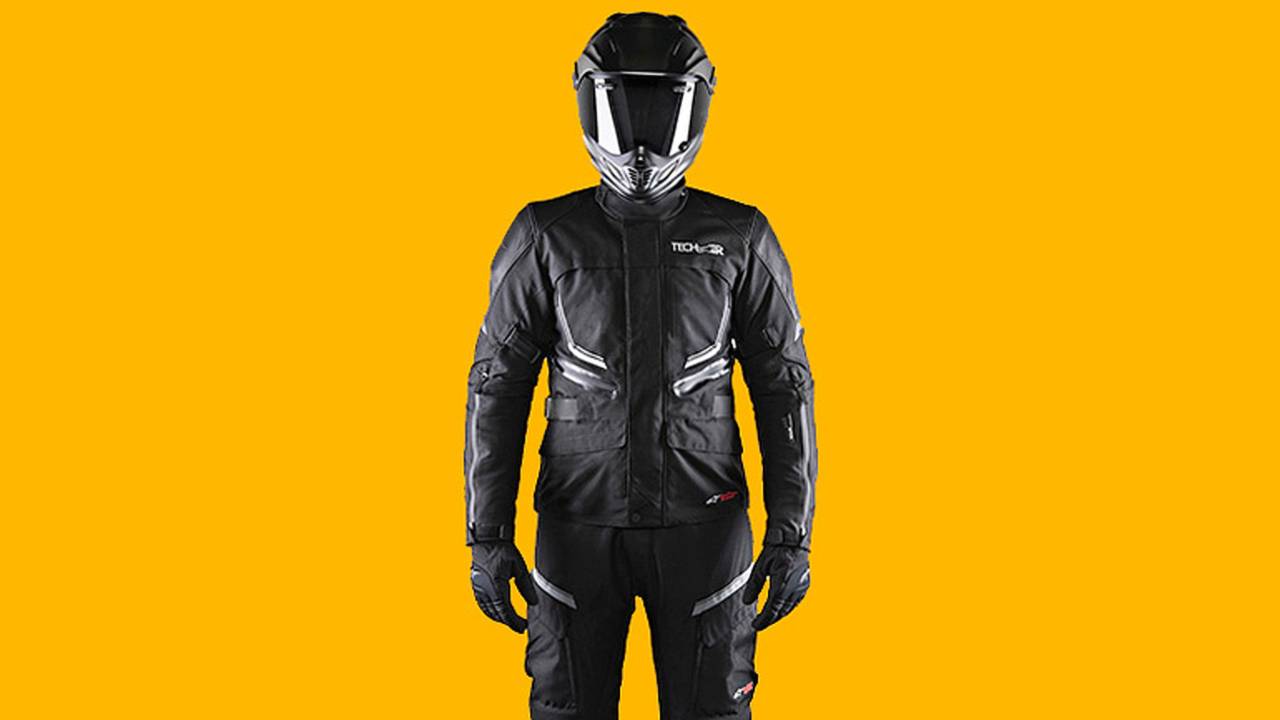 You might argue that wearing only a helmet is far better than nothing.. If you only care about protecting your head, not the rest of you, what’s your logic?

On a recent ride, I was dressed in full gear that included a full-face helmet, jacket with armor inserts, riding jeans with kevlar, full boots and gloves. Since I live in the State of Illinois, there are no helmet laws—I saw several riders without any protective gear and then there were, in what makes even less sense to me, a handful of riders wearing just a helmet. Some with short sleeved shirts and jeans, some with t-shirts and shorts, and one rider with a tank top, flimsy shorts and flip flops, riding a sportbike. For the life of me, I can’t seem to fathom what’s going on in their heads.

You might argue with me that wearing at least a helmet is far better than nothing, and for all intents and purposes, you’d be right. To back that notion up, the Insurance Institute for Highway Safety (IIHS) has a division called the Highway Loss Data Institute that collects statistics for American drivers and riders. Their numbers show that head injuries are extremely common in fatalities amongst motorcyclists and that helmets are approximately 37 percent effective in preventing motorcycle deaths and approximately 67 percent effective in preventing brain injuries. These stats alone should make you want to ride with a helmet. Of course, there are complete detractors out there who think wearing a helmet utterly defeats the freedom of riding.

But what I can’t wrap my brain around is the stats that are missing. What happens to those who are wearing helmets, survive an accident, but are horribly disfigured and permanently debilitated as a result of not wearing any other protective gear other than their brain buckets? What’s the sense in that? If you wear basic street clothes with no helmet or riding gear whatsoever, you’re throwing caution to the wind, and you apparently don’t care much about the risk of injury or death, and no one can convince you otherwise—no matter how hard they’ve tried. Maybe that ilk also likes to inhale cigar smoke, consume absinthe in mass quantities, and use a blow dryer above a running sink.

MUST READ:  NEXX XD1 Voyager Helmet – For When You Can’t Make Up Your Mind | RideApart

But if you only seem to care about protecting your head and not the rest of you, then what’s your logic? Though it only takes extremely low speeds for you to die from a head injury when you’re not wearing a helmet, it also doesn’t take much for you to lose skin, muscle tissue and bone—resulting in permanent injuries and chronic pain. Is there a point to living if your head is intact from a motorcycle accident, but your body is an utter mess that will never be the same? It’s hard enough to recover from blunt force trauma in an accident, even without any external tissue damage, but to incur both is excruciating.

A friend of mine who used to ride was involved in an accident on a busy Monday morning Chicago commute. He was wearing a helmet but no other protective gear. He avoided a car, but lost control of the bike and hit a light pole that impacted his torso full force. He broke his ribs, tore skin and muscle tissue, and had organ damage. He says he will never ride again, and he still has chronic pain from the accident. He says if he had been wearing armor and abrasion resistant gear, he’d be a different person today, but it’s too late to make that decision now.

Our advice is that if you ride with only a helmet, take the time and do the research to buy high-quality riding gear for every part of your body, from head to toe. It only make sense that if you’re already protecting your head, you also want quality of life—not just to survive and then live out the rest of your days as a shadow of your former self. You’ll find that being wise now and making some sacrifices in comfort will pay dividends for your continued riding days, as well as for longevity itself.

MUST READ:  10 Common Motorcycle Accidents And How To Avoid Them | RideApart