How to Ride in a Group 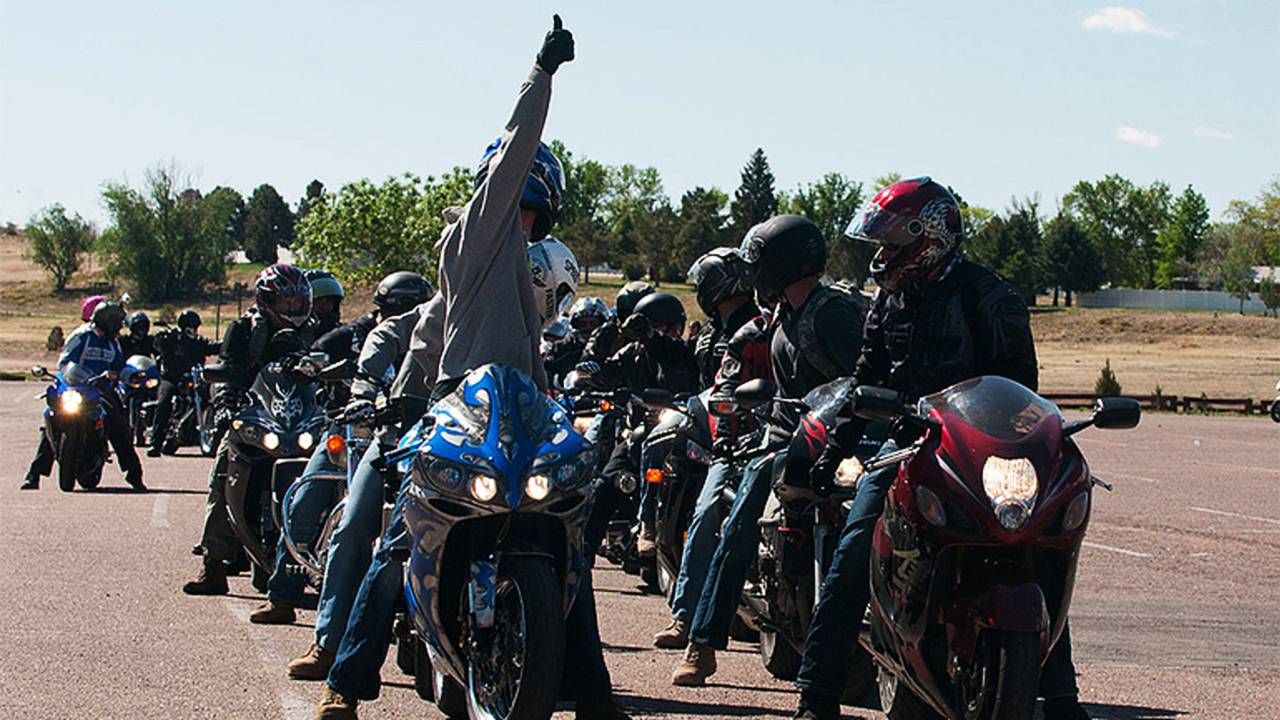 How to Ride in a GroupMost of motorcycle riding is solo, but group riding can also be an important part of motorcycling— lending to community, safety...

Most of motorcycle riding is solo, but group riding can also be an important part of motorcycling— lending to community, safety in numbers and an altogether different riding experience. But it’s definitely not intuitive. Even if you’ve been riding for years, group riding isn’t automatically in your wheelhouse, so it’s wise to study up on how best to approach group riding. There are rules and suggestions, both of which you should be mindful of. This is by no means a complete list, but it will help you be better prepared for a safe and fun group ride.

MUST READ:  Body Armor Comparison: Just Between You and The Road | RideApart

No, this doesn’t mean just being excited to hang with other two-wheeling friends. It means having everything you need for the day’s ride including a full gas tank (none of this, “Hey guys, mind if we stop for gas first?”), safety gear, communications device (CB, two-way, mobile phone), tools, map, etc. At least one member of the group should have a full tool kit, a master map, and a first-aid kit with no exceptions.

Ride With Those You Know

It’s not a smart idea to just join a group where you hardly know anyone. Ride with those whose riding habits, maturity and skill you know and trust. There’s no time to deal with idiosyncrasies in surprise mode. Everyone’s safety is at risk, and who wants to ride with a group where they don’t know anyone? It takes the fun out of it all and it's also unwise.

Here’s where you discuss vital things like group size, assigning a lead rider and a sweep rider, the route, planned stops, hand signals and other important details.

It’s wise to keep the group no larger than seven, though nine isn’t out of the question. If your group is bigger, then create separate groups with their own lead and sweep positions. Separate these groups with several seconds of gap. Regardless of how many sub-groups there are, it’s also smart to keep the number odd so when you stagger riders, the lead and sweep riders are in line and can see each other. These roles should also be held by experienced riders with communication devices. The weak rider should station behind the lead, with more experienced riders behind the least experienced. The lead acts as recon and initial communicator, and the sweep rider will manage the pace.

A group ride without formation is an accident waiting to happen. Structure is very important, as is maintaining order and space. Too much space will break you up. Too little is dangerous. You might want to ride next to your buddy and have deep conversations, but that’s just not smart—distracting your riding concentration and ridding you of at least one escape route.

The leaders should be positioned in the left portion of the lane with the next rider one second back and staggered, and so forth. If a rider(s) drops out, the other riders will fill vacant positions by moving up to the next staggered position, rather than immediately ahead of them. This prevents unnecessary passing.

MUST READ:  Group Ride Advice - How To Be a Good Ride Leader | RideApart

You might have the sweetest bike in the group or the coolest gear on planet Earth, but no one cares if you ride like a moron. Stay in your formation at all times (unless there’s an emergency that prevents you from doing so), and respect the order that was chosen. There’s a reason for the position you’re in, so keep it.

Know When to Go Single File

It’s actually safer to ride single file in some situations where it’s narrow or unwise to stagger. Turns should always be done single file, as well as on/off ramps, construction areas, narrow streets with cars parallel parked, narrow bridges and when passing slow vehicles. Return to staggered formation once you’re out of these areas. Keep in mind never to pass in order to get in single file formation.

Know How to Regroup

It’s entirely possible that a rider or more than one will get separated from the rest of the group. Aside from knowing how to move into the vacant positions, it’s also vital to know regrouping plans. There should be meeting spots or waypoints that everyone knows in advance. A good rule is to convene at the next waypoint when you know you’ve lost someone. This is also where communications devices are key.

The leader can’t just pass when the traffic in front of him is slow. He’s got to know there’s enough room in front of that vehicle to accommodate the whole group safely. Once you pass (in order, single file), each rider shouldn’t extend the gap, preventing riders behind him from making it into the open zone and getting stuck behind the slow vehicle.

Riding solo takes energy and concentration, and group riding adds another dimension to it all. Know your stopping points and keep to them. It doesn’t matter if someone in the group wants to keep riding. The rules are the rules. Plus, it gives you time to rest and actually talk face-to-face, sharing the pleasures of the group ride and reducing fatigue at the same time.