Pirelli Tires Interview: The Past, Present and Future of Pirelli 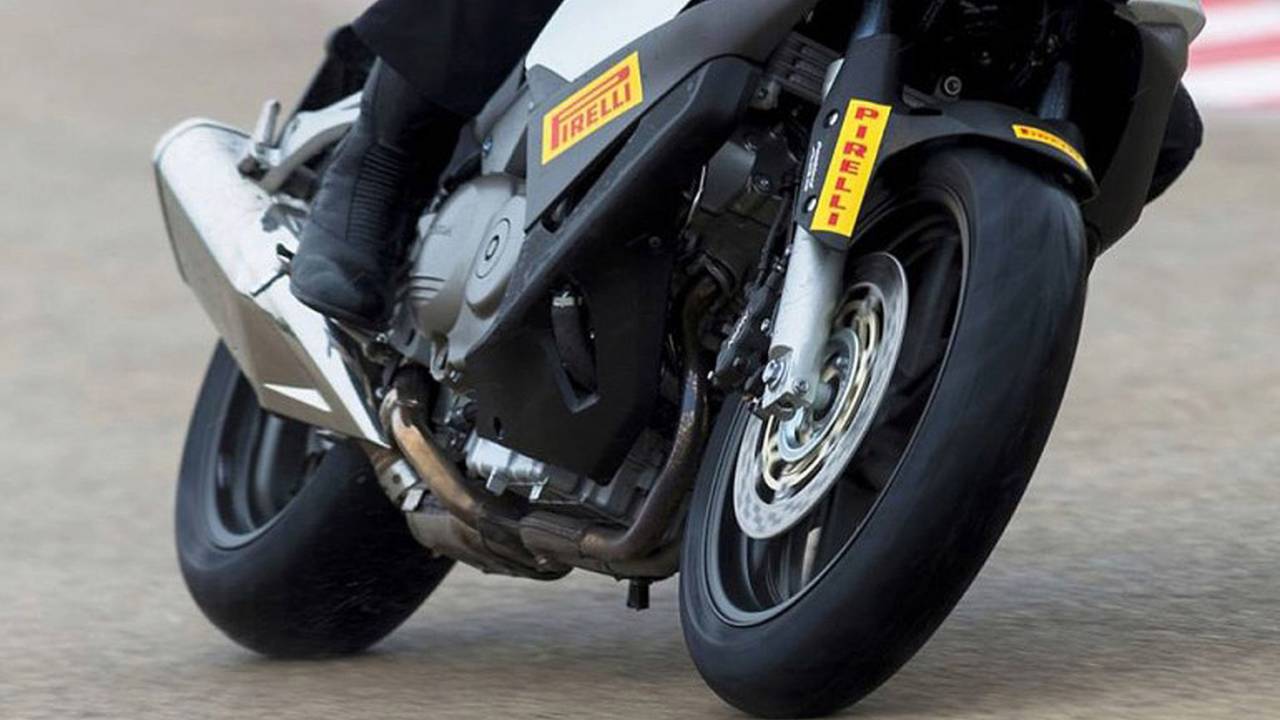 We sat down with the Racing Product Communication Manager for Pirelli Moto, Matteo Giusti, and Pirelli’s R&D Racing Manager, Paolo Brivia, to ask three good questions about Pirelli Moto’s past, present and future. We ended up getting three good answers:

Pirelli has served as the main tire supplier for the Superbike World Championship for many years. With that said, can you elaborate on what Pirelli has learned from supporting professional motorcycle racing (in regards to tire technology)?

Pirelli has been present in factory-derivative racing right from the start of the Championship, which was at the end of the 1980s. With the 2015 season, it will be 12 consecutive years that the Milanese company has been the sole tire supplier for all the classes involved in the Superbike World Championship. This is a uniqueness that gives the brand with the long "P" the record of longest running, and consequently, most successful control-tire supplier in the history of motorsports at the international level.

Established with the primary purpose to reduce the overall cost of running the championship, the single tire formula (proposed by Pirelli) has steadily increased quality and competitiveness. This enables all the riders, teams and motorcycle manufacturers participating to compete for success in the Championship.This also testifies to the excellent relationship the Italian company has always had with both the International Motorcycling Federation and with the promoter and organizer of the World Championship right from the start.

The work done by Pirelli in the top class of the World Championship has always been fundamental. There are, on average, as many as 25 solutions developed and taken to the track during each season for the Superbike category alone, and the competitiveness and spectacular nature of the Championship guaranteed right up to the last race are the most evident proof of the work done.

Since 2004, the year in which the Championship introduced the control tire rule, year after year spectators have been able to watch an increasingly exciting and competitive Superbike World Championship which has attracted an ever-growing number of motorcycle manufacturers. Pirelli's stated aim has always been to level the playing field for riders and manufacturers so they can compete and fight for the title.

The innovation has never been lacking. In 2013 for example, Pirelli opens a new era in the history of competition on two wheels thanks to the transition from 16.5” to the new 17-inch tires. Pirelli's engineers have worked hard and totally redesigned the new tires which now have new profiles and side walls, increased grip, and guarantee a reduction in movement and improved stability on cornering as well as maintaining performance during the race.

For Pirelli, the World Superbike Championship has always been the main laboratory to develop tyres everyday more efficient which are not, it should be remembered, prototypes, but are regularly on the market and purchased by all motorcyclists. Pirelli has successfully exported the control tire formula all over the world, from the UK with the BSB, to the Superbike Series in Brazil, the Pro SBK in Sweden, the National Championship in Canada, the Supersport Series in Malaysia to the Superstock 1000 Cups raced in South Africa and Costa Rica. All championships, over the years, have benefited and continue to do so, from the unique supply guaranteed by Pirelli. In the same way in which it offered safety, performance and competitiveness in the control tire championships, primarily in the Superbike World Championship, Pirelli has also increasingly benefited from experience and gained managing to put on the market state-of-the-art racing products that now are unmatched and are much appreciated by all riders .

2) How has the company improved its commercially available products by incorporating the technology it has developed for WSBK?

In over a decade of participation as Official Tyre Supplier, the eni FIM Superbike World Championship has enabled Pirelli to develop products which are highly appreciated by the riders and motorcyclists from all over the world. This established Pirelli as the undisputed market leaders.

The development work carried out by Pirelli, together with the production, derived Championship riders has no equal: in fact, the range of Pirelli racing tires have travelled a total of more than 1 million kilometres in races with often extreme temperatures (from 6 to 60 Celsius degrees)

The intensive development implemented by Pirelli has allowed a steady improvement, year after year, with the performances offered by the tires resulting in an average reduction of race time of 0.7 seconds per year

Thanks to the know-how and experience achieved in the top production derived Championship, Pirelli was able to become the control tire formula in many national championships, including the British Superbike Championship, the Superstock 600 class of the Italian Championship (CIV) and the Honda Cup, the Pirelli 600 class in the France Superbike, the Superbike Series Brasil, the Stock 1000 Cup of South Africa and Costa Rica, the Supersport Series in Malaysia in addition to the BMW CUP in Germany and Spain, the Aprilia Cup in Poland, the R125 Cup in Holland and the 250 Taiwanese Cup. Since 2014, Pirelli has also been the sole supplier of the Australian Superbike Championship.

3) Can you explain what the process is for developing and/or building new race tires for competition?

But this nice picture came out after continuous improvement on compounds, materials, and design, that Pirelli did and continues to do year after year; being in every race contest with a winning target, fighting to beat competitors or to improve ourselves, to stay up there.

But with a clear mission always ahead: be the first with reliable products, build-able on standard Pirelli tooling and plant, available on the market to every racer.