The Case For and Against the Urban Scooter 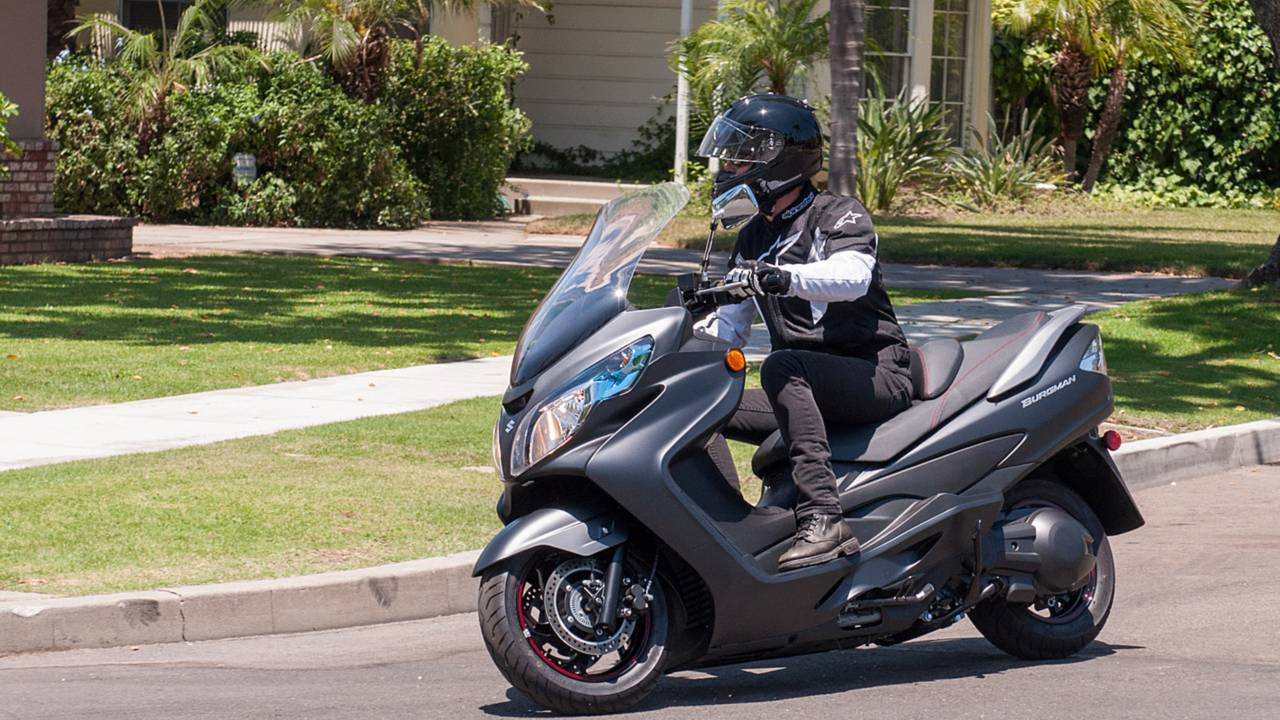 The Case For and Against the Urban ScooterJust like skiers and snowboarders, rarely do motorcycle riders and scooter riders swap vehicles and hang...

Just like skiers and snowboarders, rarely do motorcycle riders and scooter riders swap vehicles and hang out together. In fact, most motorcyclists don’t have much respect for the scooter ilk, largely because of the rather noticeable lack of power, the absence of any real skills and that awful “Good Thing” music video from Fine Young Cannibals with the emasculating scooter gang front and center. But if you think back to your collegiate days, you’ll remember that scooters were often the transportation of choice for those whose parents couldn’t afford the ivy leagues and a convertible Jag. They were small, nimble, economical and almost as easy to park as a bicycle. As urban transportation, scooters toe the line between both practical and reckless, and there are certainly pros and cons to using it on a daily basis in the concrete jungle. We’re covering both sides of the argument and leaving the final decision to you.

First of all, let’s just admit that not all scooters are created equal. There’s a fundamental difference between riding a classic Honda Super Cub and a ridiculous Honda Monkey with wheels the size of Double Stuff Oreos. The same goes for slick and sophisticated Italian Vespas and Benelli Caffeneros versus something like a diminutive Kymco Agility 50 that looks like a life-sized toy for adults. And then there are the more potent maxi-scooters that transcend the conventionally boring genre. The BMW C 600 Sport, the Yamaha Majesty and the Kawasaki J300 all provide big touring bike looks with more power than their smaller brethren but still with scooter ease of use, along with more storage, better weather protection and more respect. All this being said, if you’re going to go the scooter route, choose wisely. After all, you’re not in college anymore, and you can hopefully afford more than just the most basic model.

Getting around the urban jungle can also be hazardous, and that’s if you’re in a car. On two wheels, everything changes, and you’ve got to be alert, skillful and nimble. A scooter can certainly help, but they can also be detrimental. On the plus side, you don’t have to deal with gears or a clutch, which help with your reaction time and also reduce fatigue in stop and go traffic. If you’re not riding a scooter with larger wheels, however, you could easily end up ass-over-head when a big pothole swallows your front tire, or you could get tossed when a strong crosswind hits and you don’t possess the weight to stay planted. Furthermore, older model two-stroke scooters rarely have enough grunt to get you out of trouble when you need it, so opting for one that has a bit more power in the form of a four-stroke mill will do you a whole lot of good when danger presents itself.

MUST READ:  Trailer Trauma--Top 10 Tips on How to Avoid it | RideApart

The modern man is also concerned about fuel economy, which is always a good thing. Scooters can provide anywhere from 50 mpg to upwards of 120+ mpg, which pretty much kills anything on four wheels without even trying. You can fuel up at the beginning of the week and make it on your medium-sized commute + errands without another trip to the gas station for days on end. And modern scooters are far more emissions conscious than the smoke spewers of old. So, you’re consuming less fossil fuels and adding less noxious fumes into the environment, too. Even if you only utilize your scooter for quick errands, you’re putting less stress on the environment, even if it’s not your primary objective in buying one.

Oh, and scooters are a boon to parking. Rather than searching high and low for a spot to park your huge 7-passenger SUV, you can pretty much slot the scooter anywhere bikes can be parked -- but watch it if you’re riding a larger scooter. Even then, the scooter is a far easier mode of transportation to dock and saves you time and headache in the process.

But at the end of the day, it’s respect and street cred you’re looking for, the scooter is generally not the way to go. It’s just not the same as riding a real motorcycle -- the perception is wholly different. Then again there are exceptions to this rule -- a lot of motorists really despise motorcyclists and depending on where you call home, riding a high-tech scooter might gain urban coolness points otherwise unavailable to conventional motorcyclists.

A scooter might just be the right mode of urban transportation for you based on the above arguments, or the cons might just dissuade you from them altogether. Whatever you decide -- going with a standard motorcycle or an easy-to-use scooter, ride with appropriate gear and get a firm grasp on safety. Learn to ride well and no one should fault you for your choice, unless it’s this: