What To Watch Out For On Your First Spring Motorcycle Ride 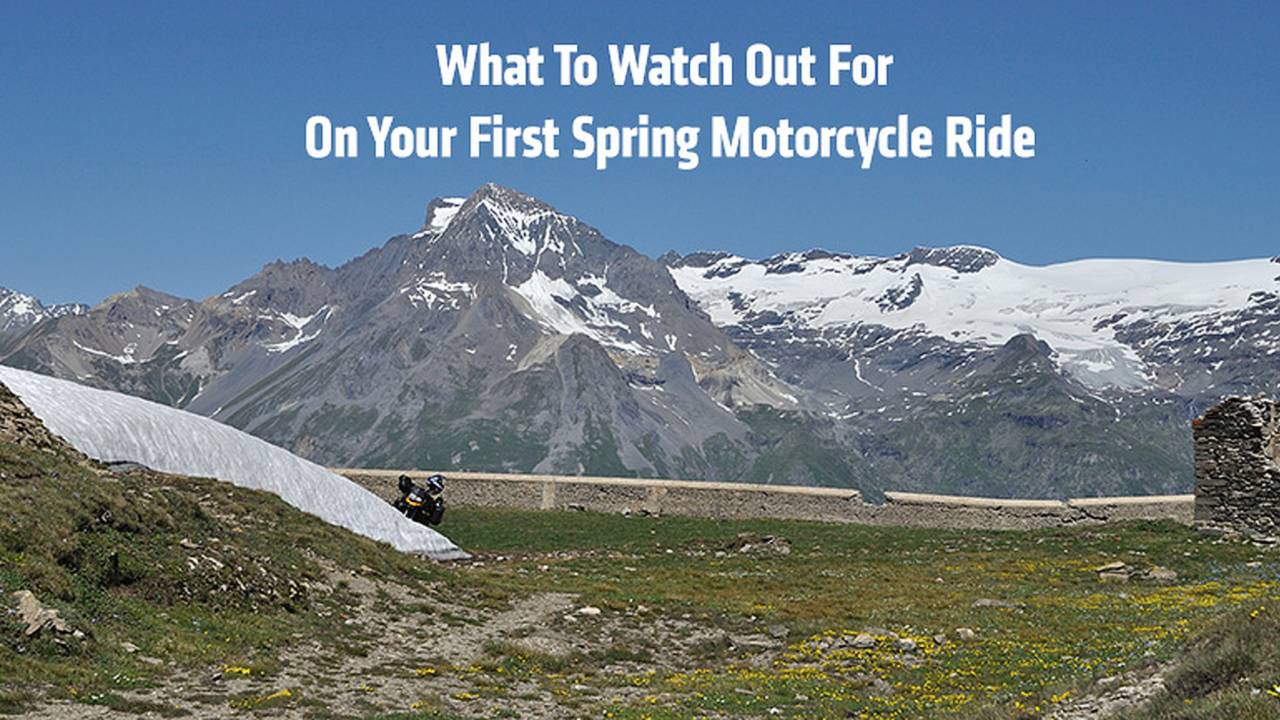 Taken the winter off? You'll need to take it slow to start with for a variety of reasons. This is what to watch out for on your first spring motorcycle ride.

As we hope to emerge soon from the Polar Vortex, it’s nearing the time to put your bike back on the road. But, when you do, that first ride of the year can be one of the most dangerous. This is what to watch out for on your first spring motorcycle ride.

Over the winter, the roads will have been covered in traction-aiding substances like these. They tend to stick around for the first few weeks after the snow melts and gather in corners and intersections. We all know what the consequences of hitting this stuff in a corner or while braking is, so keep any eye out for it.

These are formed as water expands and contracts with freezing; they’re created over the winter. There’ll be more of these in the spring than there were last fall. Small ones aren’t a huge concern so long as you don’t hit one while cornering or braking, but in the Northeast, potholes can get big enough to swallow a Bentley, let alone your bike.

With heavy rains and snowmelt, erosion can occur, undermining the footing of roads, especially in the mountains and out in the boonies where there’s little road maintenance. Pay special attention to the edges of the asphalt and the verges, where previously firm ground can crumble away.

Spring means babies and animals migrating in search of food. Pay particular attention near bodies of water during dawn and dusk hours. You wouldn’t want to kill a duckling, would you?

Snowmelt or busted water pipes can create streams of water running across roads in unexpected places. Even if water is not currently present, its previous flow could have swept sand and other debris across the road.

You’re eager to start riding again, we get that, but doing so in just-above-freezing temps requires a little extra caution. Even if all other hazards are nonexistent, your sportbike tires aren’t designed to work at temps below about 50 degrees and you’ll need to account for the cold’s effect on your body and dress accordingly.

It’s not just you who’s skills are rusty. Other riders are already a major hazard on the best of days, but on their first ride back in the spring? Watch out, particularly on popular riding roads.

What You Can Do About It

In town and on the highway, leave extra following distance behind other vehicles; they can obscure potholes, gravel and other hazards until it’s too late.

Ride with extra caution, leaving more room than usual to slow down, change line or avoid hazards. Your skills will be rusty too, so leave some extra speed in your pocket to account for that too.

Heading to your favorite riding road for the first time in a while? Run a reconnaissance lap looking for hazards before you try and take it at your normal pace.

Even if the day starts warm, the sun still sets early. Make sure you pack a clear visor and stuff a silk balaclava and glove liners under your seat in case temperatures drop unexpectedly.

Looking forward to your first ride of the year? What hazards are you planning to look out for?