We explain why you don't need to destroy your motorcycle to do a wheelies. The rev-limiter coast wheelie is the dumbest stunt ever.

"Never fear a motorcycle, but always respect it." That was the advice my father gave me as a little kid (read "The Risks of Not Riding a Motorcycle" below). There's a lot to think about in that one sentence. But this new (well, it's not that new, but we aren't heavy in the stunting scene) stunt is the dumbest stunt ever, provides nothing of merit and totally disrespects the motorcycle.

No need to worry, I'll avoid going too ranty on this one. I typically respect all sanctions of motorcycling, including stunting - not talking about the Ride of the Century crowds that shut down highways and taunt police. I think guys like Jason Brittan are very talented and a joy to watch, and I wish I could do what they do. I have no desire to destroy my motorcycle in the below fashion, however. 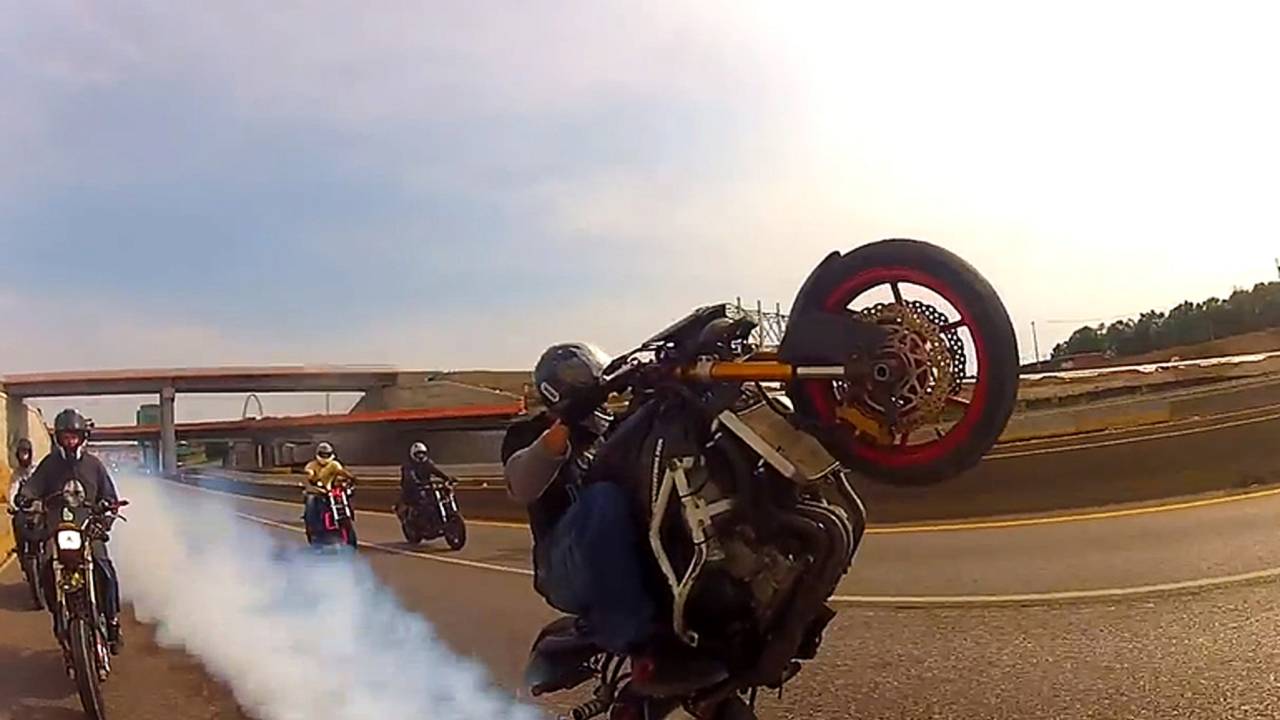 The idea of a stunt bike is similar to own my purchasing habits: a cheap, undesirable, almost disposable motorcycle.  Ride by whatever means necessary and if you don't have enough dough for a nice bike, buy a crappy one. It's all about the ride, not what you ride.

A coast wheelie isn't that bad and actually does take some talent. Really a lot of balance actually, as you simply hold in the clutch and let the bike coast while it's riding on the rear wheel only.

But what some guys do is spike the bike on its rev limiter during a coast wheelie. This lets the world know you're coasting. It also, either intentionally or unintentionally, pours smoke out of the exhaust. This stunt hits all of your senses.

Maybe I'm too much of a technical guy not to cringe when watching this stunt. I built my first motorcycle when I was 16 and a couple more since then. I love studying every bolt and nut of every bike out there.

So let me explain why this is such a bad idea, from a technical standpoint. A motorcycle engine (like essentially every internal-combuction engine in the world) remains alive thanks to oil. This oil lubricates and cools the internal pieces and without it, the bare metal would rub, until it destroys itself from the heat caused by friction. Simply put, oil is why your motorcycle runs.

Your engine was designed to operate however it's mounted in the bike, with oil passages strategically placed throughout the inside of the engine so that the oil pressure, from the oil pump, can push and feed oil to every place it needs to go. When you go into a wheelie gravity pulls that oil to the back of the engine, starving certain parts of the engine. It's not ideal, but it is ok for a short while.

A coast wheelie will actually help as the engine slows down while the oil is in the wrong side of the engine. The rev-limitor coast wheelie does the opposite, by speeding up the engine to the max, wildly and sporadically pushing oil to the right and mostly wrong areas of the engine. So now you're starving the engine for oil, while running it at its max speed.

It gets worse. In order to stay up for a long time, guys must be able to apply power to the ground. So they simply start feathering the clutch in and out while the bike is hitting the rev limiter. Guess what this does: destroys the clutch too. Think about it, you don't stop at a stop sign, rev the engine to the max, then let out of the clutch slowly until you've reached the desired speed. That would burn the clutch, just like it does here. 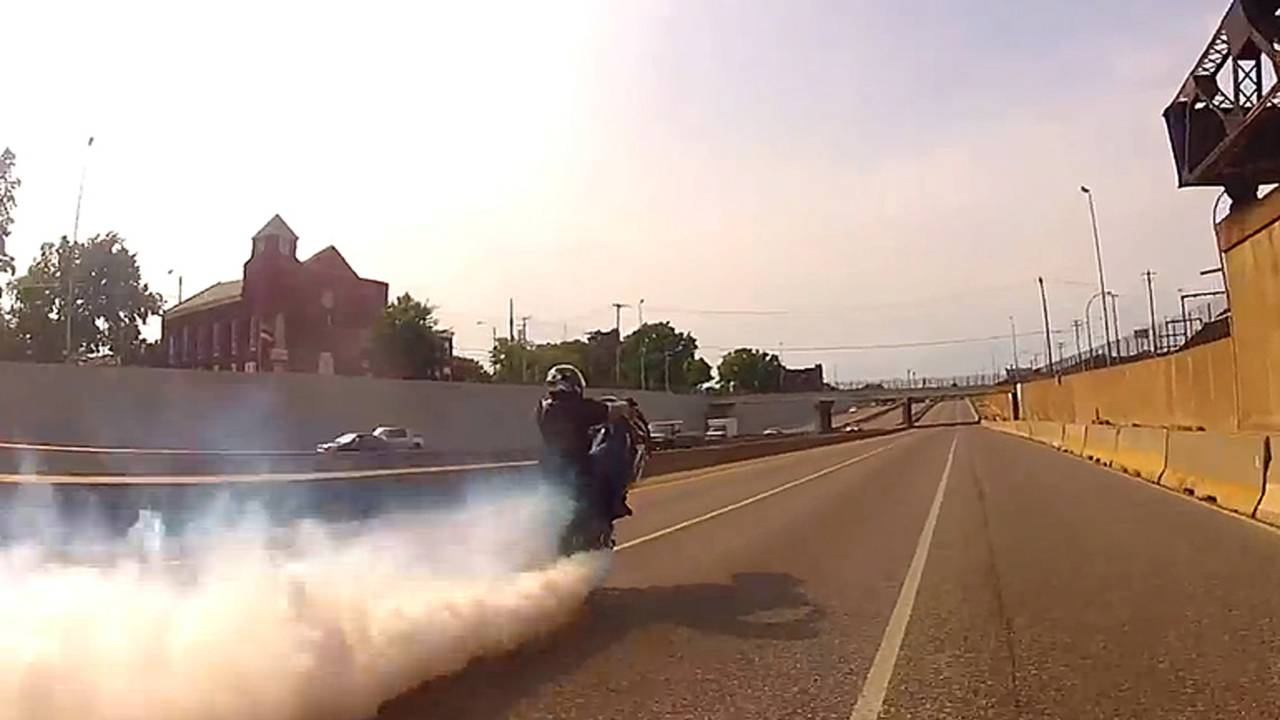