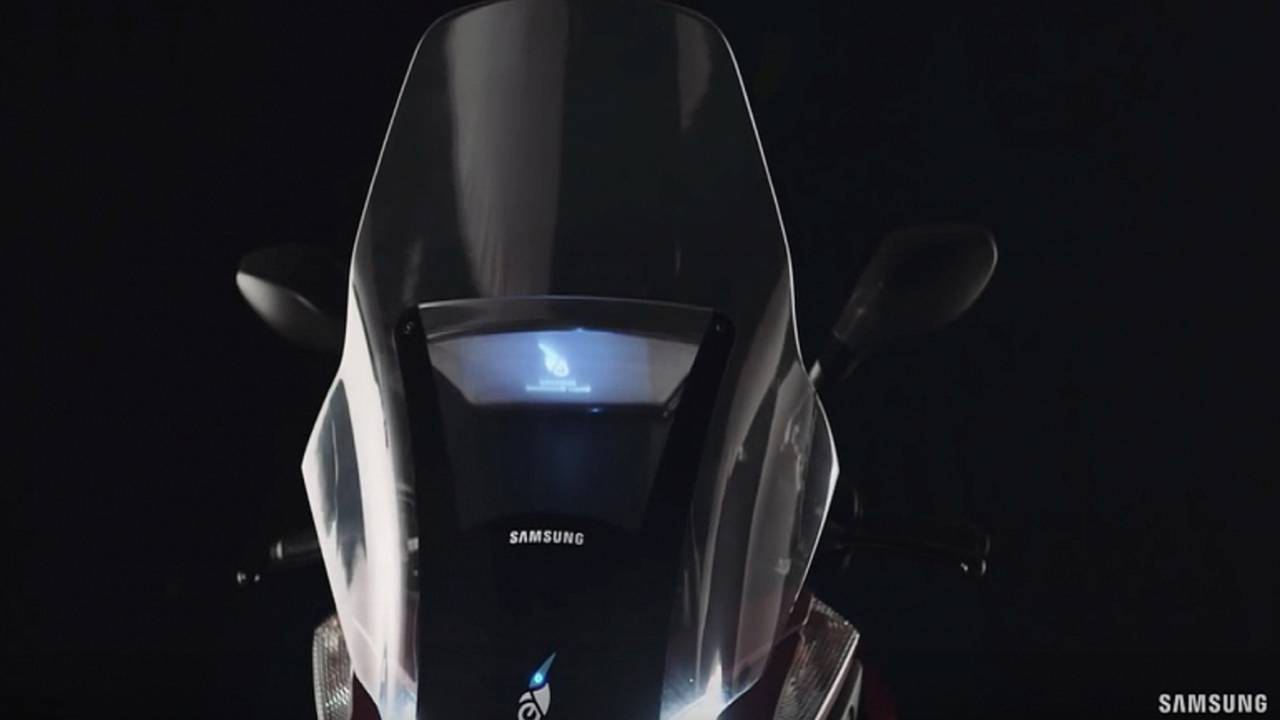 Samsung's Smart Windshield is an intriguing addition to the heads up display field, but is it too gimmicky?

A smart phone app enabled, Wi-Fi connected, heads up display windscreen for your motorcycle? A modern sci-fi movie prop comes to mind, but if Samsung has their way, this could be our reality.

This isn't the first time we've seen heads up display concepts for motorcycles, but having Samsung backing the concept makes it more likely that it will be produced, as opposed to the efforts of small tech startups. Previous concepts from Reevu, SKULLY and BMW all look to integrate HUD tech into the helmet instead of the actual vehicle. A transferable bike-based system is definitely a different, and possibly better, option. We would hope that you would have the ability to sync the app to multiple windscreens, which is handy for those who have more than one bike.

Using an integrated app, Samsung's Safety Tech projects data from your smartphone onto your motorcycle's windshield. This allows the rider to see navigation information and send automated responses to emails, phone calls, and even text messages while you ride.

The corporate tech world's propensity for vertical integration is one fear for the system's success. Meaning, this will most likely only work with Samsung phones —at least initially. The other item of concern is the wi-fi tether to your phone: Battery life on cell phones is already strained and this will definitely eat into that. Maybe they can integrate a phone holder with power into the screen...

What are your thoughts?

Would you ride with something like this or do you think it's too gimmicky and distracting? I already feel too tied to my phone and get tired of the constant updates. I'm not sure that I want my motorcycle to suffer the same way. Maybe technology is the new chrome?