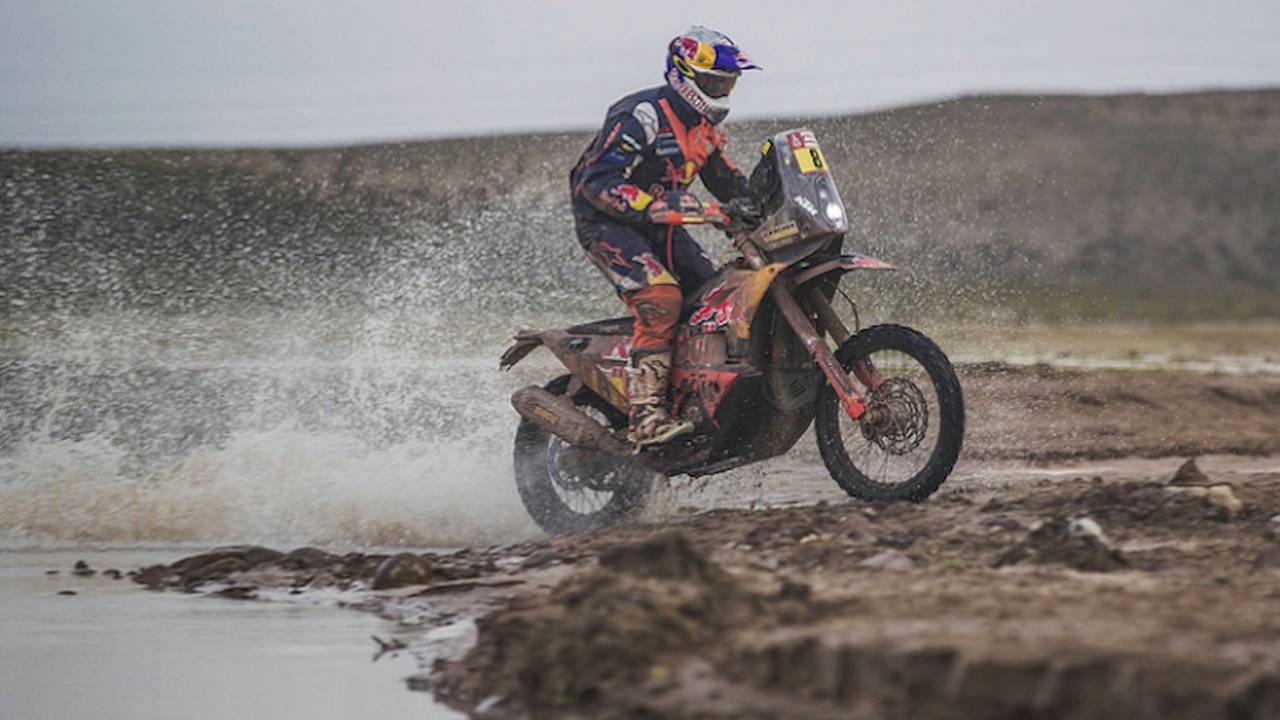 The Dakar Rally is a grueling, unforgiving, and unpredictable event. Its hardcore nature is a big part of what has made it so iconic, but unfortunately the same elements that make it special can sometimes result in well-crafted plans going kaput. Before stage 12 – the third to last stage of the Dakar – unforeseen weather problems prompted organizers to call of the entire stage.

Stage 12 of the Dakar Rally was scheduled to run yesterday, starting in Fiambalá, Argentina, and ending 450 miles later in San Juan. But on Wednesday night at the Fiambalá camp, race officials – led by Race Director Marc Coma – announced that the first part of the day’s special was being called off due to weather-related safety concerns. Heavy rains had turned six-inch streams into bona fide rivers, making many of the river-crossings in stage 12 a no-go, while thick fog prevented the support/security helicopters from taking-off.

READ MORE: What it Takes for a Privateer Team to Race Dakar

At first event organizers determined that riders would only take on the latter section of the stage following the link to Chilecito and then Section B. After delays with the departure of the trucks, organizers announced they’d be taking a rain check on the start of the bike race before later canceling the stage entirely, much to the dismay of the competitors, teams, fans, and sponsors. The quad race was also called-off. After the Tupiza to Salta test was canceled, this now marks the second time a stage has been called-off this year. Both times due to weather concerns.

“Following the study of the safety conditions for bikes and quads race tomorrow, despite a first modification of the stage announced this afternoon, having consulted the competitors grouped at Fiambala’s marathon bivouac, the Race Direction has taken the decision to cancel the 12th special stage for bikes and quads,” said race officials in a statement.

Complicating the matter is the fact that stage 12 was supposed to be the second part of the marathon stage in which overnight assistance vehicles are forbidden from helping. The standings remain unchanged as no points were awarded to anyone. In order to safely trudge onward to San Juan the two-wheeler pilots traveled on the route utilized by support vehicles. With the next stage – from San Juan to Córdoba – being the longest one thus far at 563 miles, riders have a difficult day ahead of them.