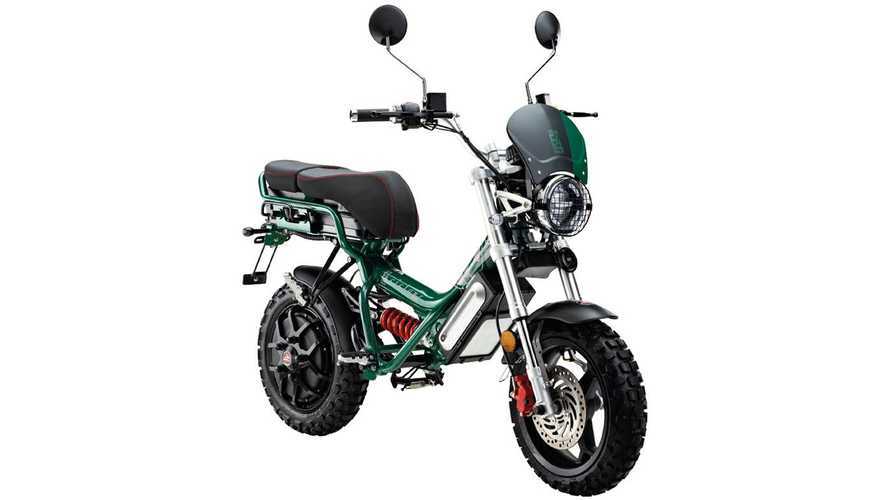 This Ciclone takes no baloney.

With today’s ever-tightening emissions standards and increasingly urbanized populations, legacy brands are continuing to move toward electrification. Whether we're talking about Harley-Davidson's first crack at an electric bike with the LiveWire or swirling rumors about Norton’s direction under TVS ownership, historic companies are undergoing major makeovers in the digital age. While the transition to a new platform takes time, those brands can learn a thing or two from Italy’s Garelli Ciclone.

Established in 1919, Garelli helped popularize scooters and motorcycles in post-war Italy. The brand went on to dominate the 125cc MotoGP class in the 1980s with legendary racers Angel Nieto and Fausto Grasini aboard. Unfortunately, the company shutdown in 1987 but was acquired and revived in 2018 with an all-electric scooter and bicycle lineup. Now, Garelli is amping up its flagship electric scooter with a larger motor to create the Ciclone E4.

The standard Ciclone offers a 2kW Bosch motor that reaches a top speed of 28 mph and a 75-mile range. As the E4 designation suggests, Garelli bestows a 4kW, 160 nm wheel hub motor on the new up-spec Ciclone. Though the Ciclone E4 benefits from a 43-mph top velocity, users can restrict the output to 22 mph or 28 mph with two additional power modes. In the slowest mode, the E4 can achieve a max range of 68 miles with the two faster modes returning 62 miles and 43 miles.

The Ciclone’s 35 Ah lithium-ion battery recharges in 6 to 8 hours on a conventional outlet and rapid charging reduces the wait time to only 45 minutes. Luckily, the 28-pound battery is removeable, so owners can park the E4 on the street while charging the battery in the comfort of their home. Sharing the same aluminum tubular frame, braking system, USD fork, and 13-inch wheels with the base Ciclone, the E4 only weighs 178 pounds. Even with its small stature, the electric scooter accommodates a passenger and bears loads up to 330 pounds.

Available in three trims, the Ciclone E4 appeals to a wide range of city-dwellers. Garelli paints the Urban variant with a metropolitan livery while the Soul displays a sporty color scheme. Both versions wear the same road-going tires, but the Cross model opts for moderate knobbies. At €4,500 ($5,301 USD), the Ciclone E4 is a perfect urban commute companion regardless of the flavor you choose.

Jump On The Bandwagon: