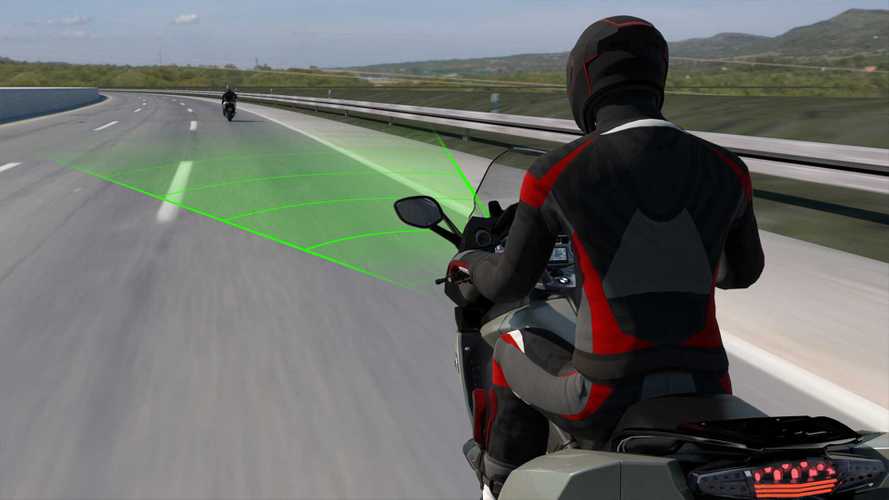 New player has entered the game.

Active (or adaptive) cruise control (ACC) is a popular technology in the automotive industry but one that has yet to make its way on motorcycles. Several manufacturers including KTM, Ducati, and Kawasaki are currently developing some form of ACC technology but none of these systems are on the market yet. Rumors and spy shots suggest the Ducati Multistrada 1260 could become the first model to officially feature the technology but as things currently stand, it’s anybody’s game.

A new player has now entered the ACC arena as BMW unveiled its new active cruise control system, dubbed BMW Motorrad ACC. Here's what we know about it.

Like with a standard cruise control system, ACC allows the rider to set the desired cruising speed, release the throttle, and let the system take over to maintain the set speed. When you add active or adaptive to the equation, however, the system takes things a step further and becomes able to modulate the speed when a vehicle is detected at the front. This means that the “active” system can slow down when the vehicle at the front is cruising at a lower speed and accelerate back up to the set speed once the vehicle is out of the way without the rider’s input.

In the case of BMW's technology, the system allows the rider to choose between three tailing distances (from further to closer) to find the one they are comfortable with in their given situation. They can also decide how aggressive they want the ACC to be by selecting between the comfortable or dynamic modes.

BMW explains that when it comes to cornering, the system automatically lowers the speed if required to provide a comfortable leaning angle. The deeper the lean, the less invasive the system becomes to avoid getting in the rider’s way while they’re maneuvering.

Keep in mind, however, that the system only takes moving vehicles into account. Should the rider be in a high-volume traffic situation where the surrounding vehicles are immobile, the ACC won’t detect them so riders must be alert and in control of their motorcycle. To be fair, you shouldn't use cruise control in heavy traffic situations anyway.

The renders and video suggest the K1600 could be the first bike to use the new ACC but BMW has yet to confirm which models will feature the technology and when it will become available.

Relaxed cruising with active cruise control, without having to manually adapt to the driving speed of the vehicle in front – already available in cars now for many years, but not the standard in motorcycles to date. However, with the Active Cruise Control (ACC), BMW Motorrad will soon offer this type of rider assistance system, thus providing motorcyclists with a completely new, comfortable riding experience.

ACC is a novel rider assistance system that was developed in cooperation with the partner, Bosch. The many years of experience with passenger car driver assistance systems of both companies could be applied selectively here and used for motorcycle applications. The new ACC provides maximum comfort for the demanding touring motorcyclist by automatically regulating the speed set by the rider and the distance to the vehicle driving in front. The system automatically regulates the vehicle speed when the distance to the vehicle in front is reduced and keeps the distance defined by the rider. This distance can be varied in three stages. Both the riding speed as well as the distance to the vehicle in front can be set conveniently using a button. The individual settings are displayed on the TFT instrument cluster. The new BMW Motorrad ACC has two selectable control characteristics: comfortable or dynamic, in which the acceleration and deceleration behaviour is changed accordingly. The distance control can also be deactivated in order to be able to use the Dynamic Cruise Control (DCC).

When cornering, the speed is automatically reduced by the ACC if required and a comfortable lean angle is aimed at. With an increasing lean angle, however, the braking and acceleration dynamics are limited in order to maintain a stable rideability and not to unsettle the rider by abrupt braking or acceleration. The BMW Motorrad ACC is a rider assistance system that leaves the responsibility with the rider and allows him to intervene at all times. That is also because the new ACC only responds to moving vehicles. Stationary vehicles – like at the end of a traffic jam or at traffic lights – are are not considered. In such cases, the rider has to do the braking.