Could Future Norton Motorcycles Go Electric? They Just Might. 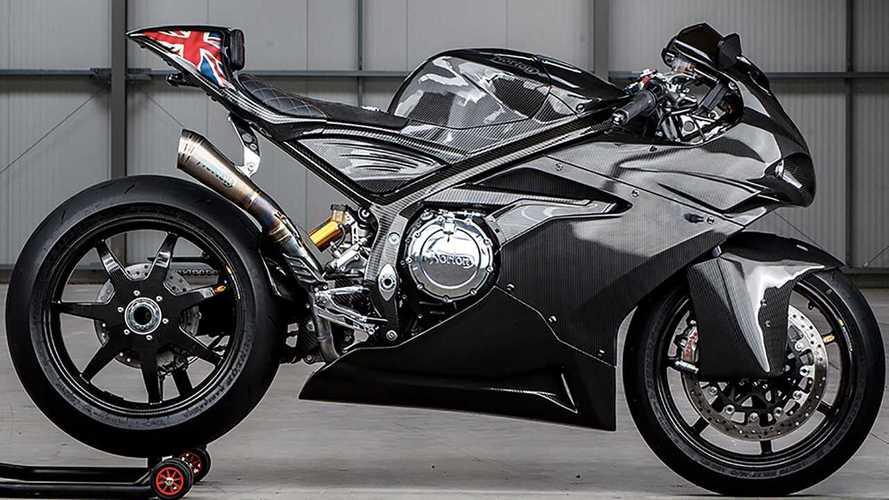 Its new owners want a piece of the future.

When the news broke that India’s TVS Motors was purchasing the troubled Norton Motorcycles, it didn’t come as a complete surprise. If you’ve been following the twists and turns of the Norton saga in 2020, you already knew that TVS was seriously considering its purchasing options regarding the historic British marque.

Then, we learned that TVS’ big plans for Norton included getting the factory back up and running and cranking out those bikes it had promised to customers and not yet delivered. In addition, it planned on mostly sticking to its original motorcycle lineup. To smooth this transition, the company has appointed former Harley-Davidson VP John Russell as interim CEO to get the wheels back in motion and going in the right direction.

As it happens, there’s a particularly interesting tidbit buried in this Financial Times piece about the acquisition. FT spoke to TVS joint managing director Sudarshan Venu about the company’s plans, and it seems they involve electric Norton motorcycles.

“Norton is an iconic brand. We want to restore the brand to its former glories, produce the excellent products that it has, and delight its loyal fan base,” Venu told FT.

Here’s where it gets interesting, though. He continued, “it is important that we take Norton into the future, in assisted riding, safety systems, and electric. [Emphasis mine.] Norton has always stood for the highest end of motorcycles, as many of these features are important for taking the brand into the future.”

It’s so tiny that if you blink, or your eyes skip a line in reading that piece, you might just miss it. While the company has reassured Norton fans that it doesn’t plan to move the iconic brand away from its UK roots, it’s worth noting that back home in India, TVS does have previous electric vehicle development experience. The TVS iQube electric scooter couldn’t be further from a Norton in design philosophy, and its tiny 75 kilometer (or 46 mile) range wouldn’t do anything to win over electric moto skeptics if attached to the Norton name.

What it sounds like instead is that Venu is thinking of something more along the lines of what Damon Motorcycles is doing with its Hypersport model, only with Norton’s designs and heritage. It’s clearly all talk at this point, and the new owners of Norton will have to crawl back into the public’s good graces before they can walk or run. It’s going to take a lot of good will to undo that level of tarnish.

Still, TVS Motors is one of the India's top three major players, and it’s still the largest motorcycle market in the world. While the company might not have on-the-ground experience in the UK market, it definitely knows its motorcycles and scooters.

Mass production is worlds away from the type of boutique bikes that this latest incarnation of Norton sought to build. Then again, Norton was already dipping a cautious toe into those waters with its engine partnership with Chinese giant Zongshen. If Venu and TVS are serious about steering Norton in an electric direction, having the might and experience of TVS behind it could help immensely.

It’s all conjecture right now, and may never actually happen. Still, we have to ask: what would you think if an electric Norton was in the cards somewhere down the line? What if that Norton was tricked out with a whole bunch of electronic rider aids, as is common on modern sportbikes? Would that completely change its character in your eyes, and if so, would that be something you’d welcome?