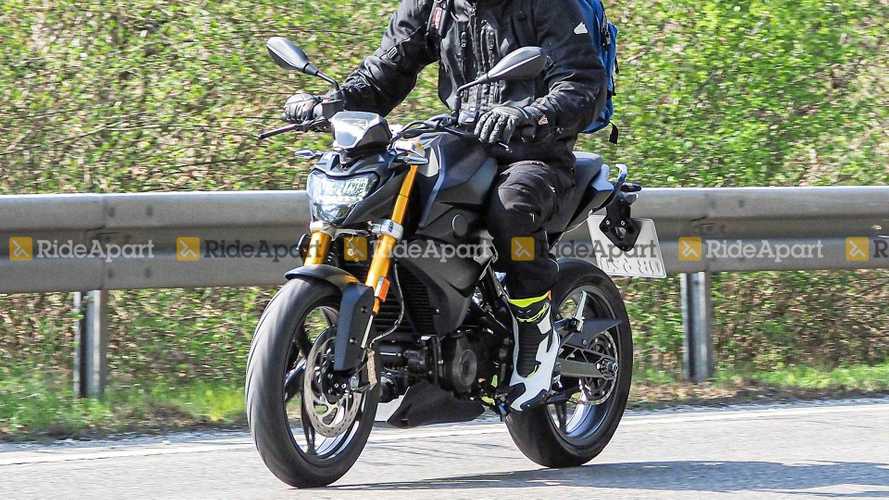 Looks like the tiny Beemers are getting an upgrade.

While BMW is refocusing part of its activities to produce masks to help medical teams deal with the COVID-19 pandemic, that doesn’t mean that product development has stopped altogether.

Now that this year’s most anticipated cruiser, the R18, has been unveiled, the manufacturer is seemingly preparing to further update its existing lineup and it looks like the G 310 GS and G 310 R could be next on the list.

The two smallest BMWs currently offered in the lineup have recently been spotted out on the road, sporting a few minor aesthetic updates. Both receive a slightly modified headlight design, with what looks like sharper angles and an LED cluster.

On the new GS, the beak is now slightly narrower and the side panels’ design is sharper and more aggressive-looking. On the R, the shape of the headlight casing has been modified as well, now pointing forward and the side panels are now broken down into three distinct sections.

The design changes are definitely conservative, but from what we can gather, they are likely opportunistic in nature. What we mean by that is that BMW possibly had to upgrade the bikes’ powertrain anyway and decided to throw a few design upgrades into the mix.

In fact, according to a number of Indian sources, the BS6-compliant G 310 GS and R are expected to launch later this year, which means BMW likely had to tweak the exhaust system or the 313cc engine to make it compliant. Considering the engine was introduced along with the R back in 2016 and that, according to CARB filings, it hasn’t been updated since, we could suppose that a powertrain update could also make the model Euro 5 compliant.

Because BMW announced a few weeks ago that it wouldn’t attend the two biggest European motorcycle shows of the year, we can expect the two small bikes to possibly get their own dedicated online launches sometime this year. There’s no calendar to follow so BMW is free to make its own schedule.