Weekend WTF: Only Keanu Reeves Can Save Norton 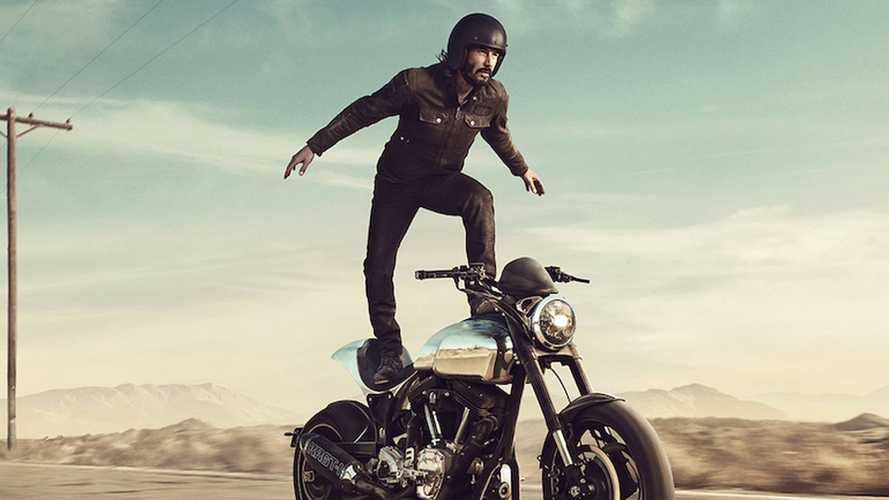 It'll take a true enthusiast and savvy businessman to save the sullied brand.

The news keeps getting worse every day for Norton Motorcycles. They allegedly ripped off the UK government, ripped off taxpayers, and even ripped off pensioners. The company is bankrupt, and the fabled Norton name is probably tarnished beyond repair over this debacle. It would take a true Hollywood action hero to save the day. I believe his name is Keanu Reeves.

I'm not talking about the roles he plays. Norton does not need John Wick to avenge the company against the recent harm done against its good name. It does not need Neo to alter the Matrix to make it so that all these things never happened. It doesn't even need Ted "Theodore" Logan to take us on a most excellent adventure through time. Norton needs Keanu Reeves—the actor, the entrepreneur, and the serious motorcycle enthusiast.

Reeves has a long history with the Norton brand. His second bike was a 1973 Norton. (Many think a Norton was his first bike, but that honor goes to a Kawasaki 600 Enduro.) In 1990, Reeves rode his 1974 Norton Commando from his home in Toronto, Ontario to the Gainesville, Florida area to deliver a script and personally convince River Phoenix to be in My Own Private Idaho. He was successful. As recently as 2016, Reeves visited the Norton factory, just to see the place and geek out on the bikes. I mean that in the kindest possible way—Reeves is a true enthusiast, knew the ins and outs of Norton's motorcycles new and old, and reportedly rode them like he stole them.

It takes more than enthusiasm to run a motorcycle company, though. Fortunately, Reeves has some good business sense, too. In 2007 he partnered with custom builder Gard Hollinger to found Arch Motorcycles, a high-end, low-volume company dedicated to producing "an unrivaled riding and ownership experience through an obsession for innovative design, engineering excellence and dedication to the rider," according to their website. His involvement is extremely low key. His name appears nowhere on the website. Although his star power could certainly bring more recognition to the brand, he doesn't use it that way. After 13 years at Arch, Reeves knows what it takes to run a successful motorcycle company. He's already doing it. He could do it for Norton.

"No!" say the enthusiasts. "Norton should never be under American ownership!" It's true, an American Norton would probably be as unsuccessful as the 1996 Doctor Who movie made in America by Fox, and for similar reasons. You can't Americanize an inherently British product without ruining it. Fortunately, Keanu Reeves isn't American.

Much to many people's surprise, Reeves was born in Beirut, and he's a Canadian citizen. Most of us assume he's from California or Hawaii. Only when he recently appeared in Toy Story 4 as Canadian stunt star Duke Kaboom did his heritage become more obvious. Therefore, if Reeves took over Norton, the company would at least remain safely within the British Commonwealth, of which Canada is still a part despite its independence.

Finally, it kind of goes without saying, but he's got the money. His net worth is around $360 million, much of which he just gives away. Even if Norton is in too deep a hole to do it single-handedly, Reeves could get a good start making good on the company's failed promises with his personal wealth. His leadership could get the company back on track, and his vision and genuine love of motorcycles could make it not only profitable again, but also produce some amazing motorcycles.

Help us, Obi-Wan Keanu. You're our only hope.