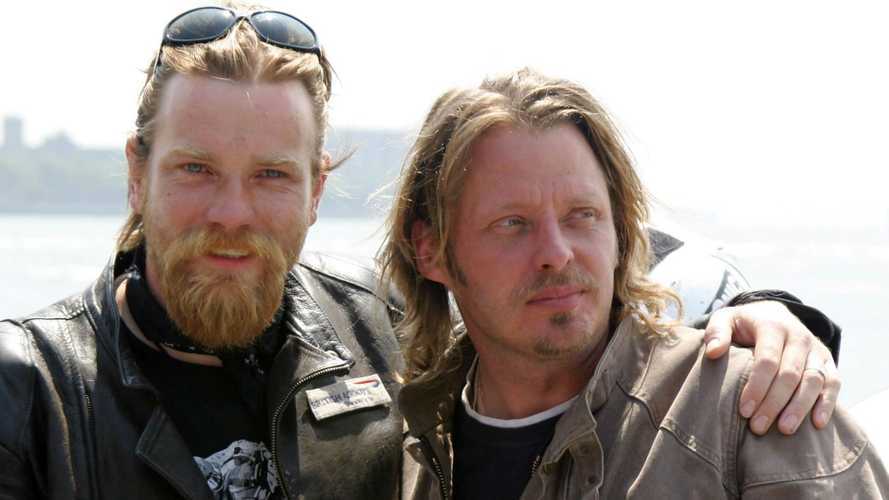 About a week ago, we tracked Ewan McGregor, Charley Boorman, and their crew somewhere in Central America. The last official spotting was in Guatemala, just south of Mexico. Close to 8,000 miles and roughly 90 days after leaving the southernmost tip of Argentina, the Long Way Up has made it to its final destination. It’s a wrap!

The boys and their team showed up at the Los Angeles Harley-Davidson dealership for a private wrap up event. The City of Angels was the electric adventure’s last pin on the map after a trek through South and Central America.

There’s no say how well the Harleys performed along the way but considering Ewan and Charley rolled into L.A. on what look like the same bikes they started the journey on, we at least know they survived the adventure.

Some people, including Justin on our team were disappointed that the crew ditched the GSs and opted for electric bikes instead. Whether you agree with the choice of bike or not, I personally think it gives the series a different twist. If everything went well, that will be one heck of a good publicity stunt for Harley and for electric motorcycles. I don’t hate the idea and their LiveWires looked pretty badass after their ADV makeover.

The folks at ADV Pulse had a chat with one of the event's attendees who got to ask Charley a few questions. The charging process apparently wasn’t too bad and they regularly got to charge from locals—including the off-the-grid ones that used generators. Boorman added that once they reached the U.S., crossing over in New Mexico, they found plenty of charging stations and managed to average 300 miles a day. Oh, the beauty of fast-charging!

The journey started in Ushuaia, in Tiera del Fuego archipelago in mid-September. While the team itself didn’t advertise its progress, fans posted pictures with Ewan and Charley along the way which allowed us to track the trip.

What I really want to know now is why finish in Los Angeles rather than somewhere in Alaska? We might get the answer once the series airs. The dates have yet to be announced but we can expect The Long Way Up to be in our TVs in early 2020 (or so we can hope).